YNWA From Our Seats

My beloved, financially troubled, not-sure-who-owns-them football club set aside their worries for one night and played an entertaining friendly against a full strength Liverpool FC last Friday night.  Liverpool had flown in for the second leg of their World Tour, fresh from beating Thailand Allstars 4-0.  Local fans were eager to see new signings James Milner, Danny Ings and Joe Gomez in action and happily the club gave the fans what they wanted by fielding a full strength squad with all the new players.

On paper, there is an extraordinary contrast between the two clubs.  Liverpool has spent £67 million in the transfer market this year on their new players.  Meanwhile Brisbane didn’t pay their players in June and cancelled a youth game in Cairns because they’re broke.  Since we lost our major sponsor Coffee Club, the fittingly named betting agency Ladbrokes was our sponsor for one night only.

For dedicated Roar fans, the game was also the first opportunity to see the team perform under new coach John Aloisi as well a chance to see new signing Jamie McClaren.  Aloisi is a Socceroos legend having scored the penalty against Uruguay that took the team to the 2006 World Cup but his coaching career got off to a rocky start at Melbourne Heart.  Under his stewardship the club went a competition record of fifteen games without a win.  Since then he’s undergone some mentoring at Melbourne Victory and taken on the tutelage of national coach Ange Postecoglou so hopefully he’s a wee bit better now. 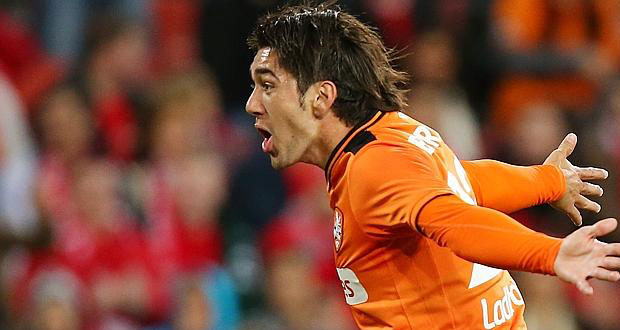 They were packed to the rafters at Suncorp with a capacity 50,000 fans in attendance.  About 45,000 of those fans wore red.  Pre-game the crowd belted out the famous You’ll Never Walk Alone chant which was magnificent to soak in in person.

We were a little confused as to who our new holding midfielder was until it dawned on us that Luke Brattan, the whitest player in our team, was rocking some cornrows. 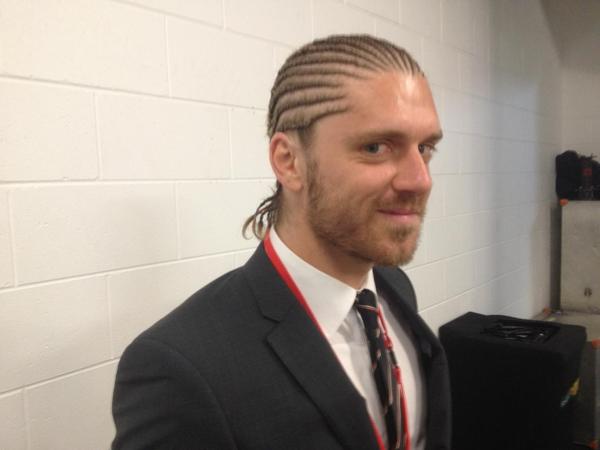 The Roar looked a little nervy from the kick off but quickly gained their composure and held their own.  The greatest moment of the game was in the 17th minute when some neat link up play from Thomas Broich (who else?) and Brandon Borrello found Dimi ‘Worst Player Of Last Season’ Petratros.  Dimi, who had the poorest shots to goals ratio of attacking player last season, veritably sliced through the Liverpool defence, dinked it into the bottom corner and the ball bulged into the back of the net.  Brisbane Roar 1 Liverpool 0.  The crowd fell silent but for a few thousands enthusiastic Roar supporters crying out in joy.  It was a moment I won’t soon forget.  I was so happy for Dimi who had such a rough season last year.

The Roar would hold that lead for about twenty minutes with goalkeeper Jamie Young making a couple of excellent saves as well as defenders Jade North and James Donachie providing some excellent scrambling defence.  Eventually Liverpool drew equal thanks to an excellent goal from Adam Lallana.

The game turned into a training exercise on the hour mark when both teams emptied the dressing room and fielded all of their youngsters and subs.  Liverpool would find a winner in the 75th minute thanks to new recruit James Milner but for Roar fans, there was plenty of reason to hold our heads high and be proud of our team.  We played fearlessly and held our own against one of the biggest clubs in the world.  To do it in the current climate, with a new coach and all the back office problems is even more impressive.

It made the wait for the new season all the more agonizing.  77 days to go!  But when it does, we’ll be there.  Jen and I, along with four of our friends, have locked in our season tickets and we’ll be ready for another season and whatever it may bring. 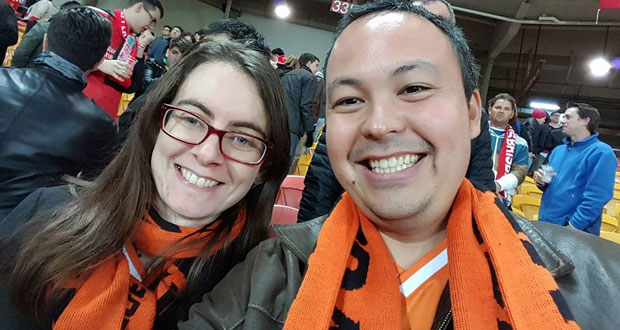 Previous: Diary of a Football Fan
Next: Trainwreck