It’s been a year since the Asian Cup was held in Australia which ultimately lead to the Socceroos winning their first ever international trophy.  I really enjoyed the tournament and went along to all seven games in Brisbane.  My favourite game I witnessed first hand was the quarter final against China where Tim Cahill stole the show.  Firstly, an exquisite bicycle kick to give the Socceroos the lead.  Twenty minutes later, a header to secure the win.

My favourite match of the tournament was the crazy quarter final between Iran and Iraq.

And who could forget the dramatic final of the tournament which had a last minute goal to send the game into extra time. 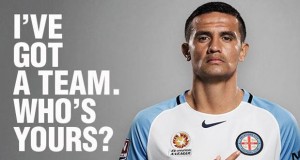