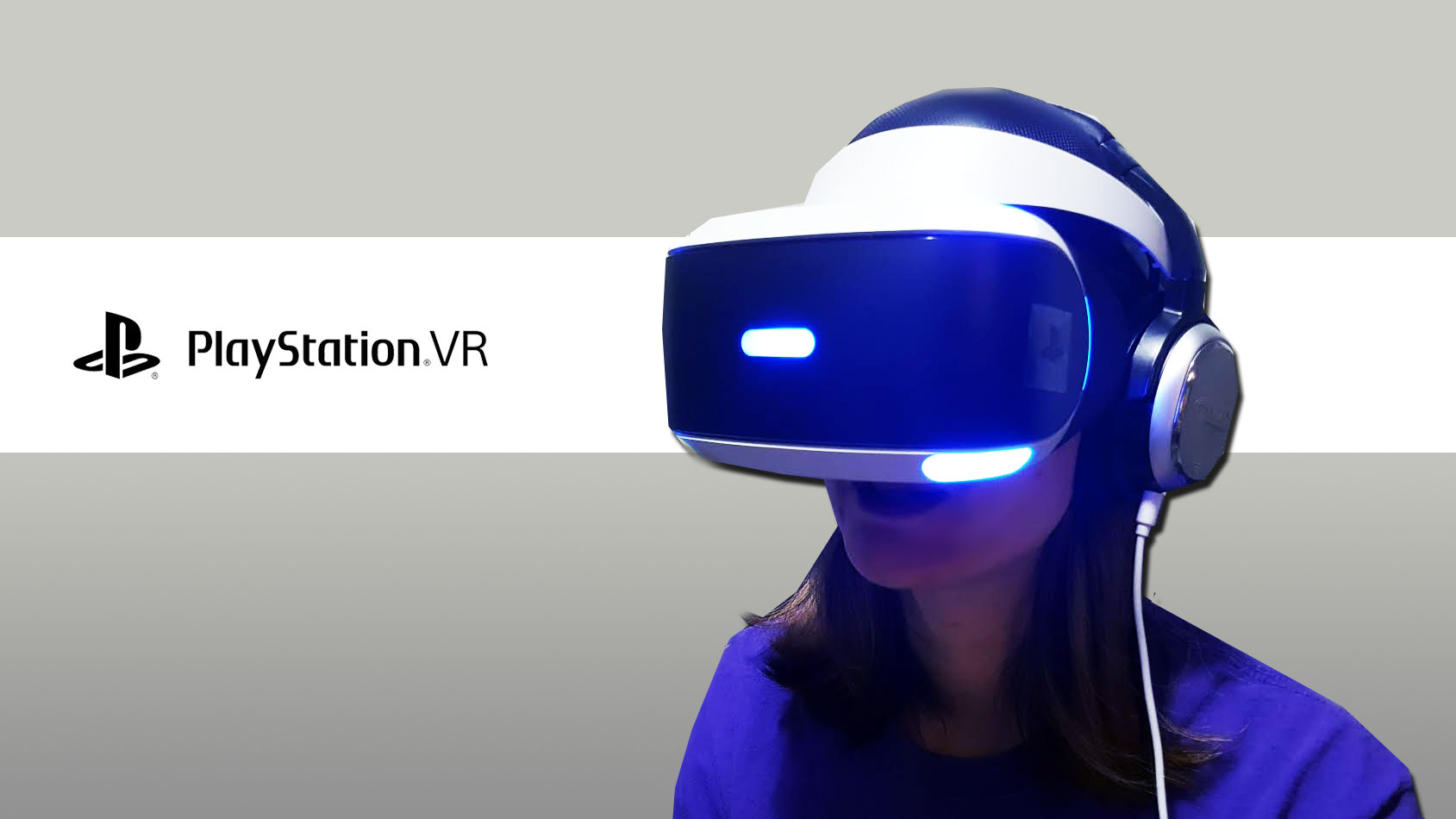 When I think about it, I’ve pretty much been waiting for something like the Playstation VR – a mass market virtual reality device – for the better part of two decades.  Like most people my age, I was swept up by the hype surrounding virtual reality in the Nineties where it permeated pop culture in films like The Lawnmower Man [1992].  Of course back then, the only thing remotely resembling an actual attempt to mass market a VR headset was Nintendo’s woefully unsuccessful Virtual Boy which launch and disappeared in a matter of months in 1995.

My interest in VR was rekindled three years ago at PAX Australia in 2013 when I tried a tech demo on the Oculus Rift, a prototype of the modern day VR device.  The software was designed by an independent Australian studio and the ‘experience’ involved wandering around a tropical island interacting with animals.  Graphically, it was rather basic (think Playstation 2 level of fidelity) but that didn’t matter.  I was instantly sold on the device because of two key technological developments: the field of vision was vastly superior to anything I had previously experienced and the head tracking technology really worked.  No matter which direction I looked – left, right, over my shoulder, at my feet or skyward – the vision I was seeing in the Oculus would keep up.  The technology was finally catching up to the dream.

I blogged enthusiastically about the Oculus Rift in 2013 and couldn’t wait for the launch date which I believed to be sometime in 2014.  The Oculus would go on to be purchased by Facebook (!) and eventually ‘launch’ in March 2016 although it is not available in any stores in Australia and quantities are so scarce that it took months to fulfill even the initial orders online.  The $1,000+ HTC Vive is also a competing VR headset in the marketplace but it also has limited availability and a prohibitive cost, not unlike the Oculus.

So in many ways, even though the Playstation VR is the third device to market in the modern era, it is by the far the most accessible one.  I pre-ordered this thing at my local video game store and picked it up on launch night on October 13.

This was it.  At last.  Two decades after the VR heydays of the Nineties that promised a lot but never really amounted to anything.  Over a thousand days after I first tried a modern VR headset at PAX.  I finally had my hands on a bona fide virtual reality headset.

Would it be any good? 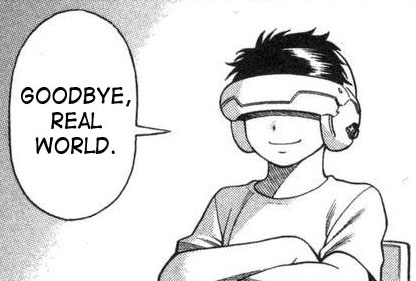 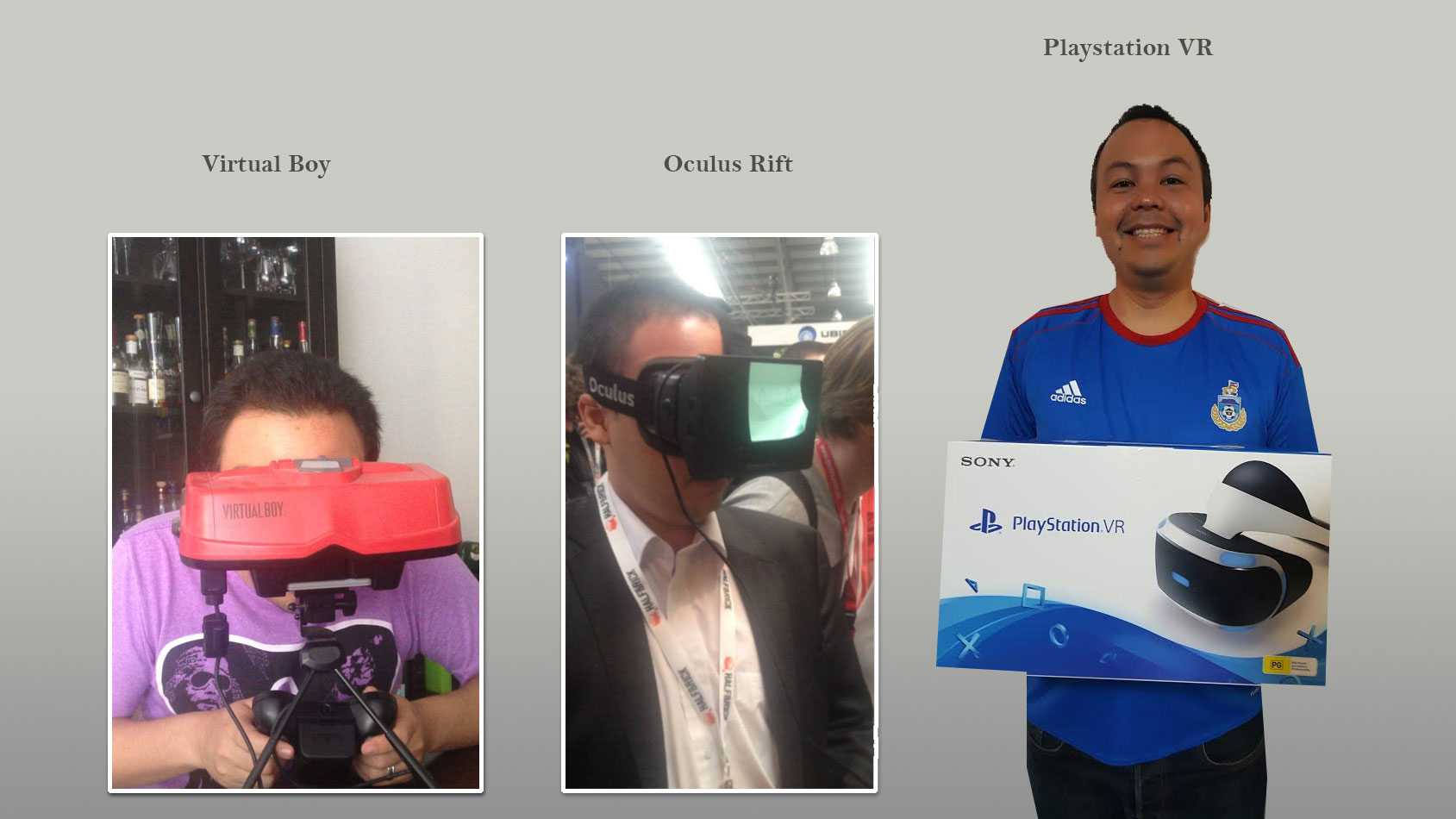 I’ve got to hand it to Sony.  Despite being the ‘entry level’ VR device that is hundreds of dollars cheaper than its two major contemporaries, the Playstation VR is by far the coolest looking headset on the market.  Its got sleek curves, is surprisingly light and it glows neon blue when you power the thing on.  It looks exactly how you’d want and imagine some fantastical futuristic piece of tech to look.

Of course, time will tell how robust this thing will be as it gets put through multiple uses and becomes a well worn household item.  As long as the actual lens is easy to keep clean and the padding that fits on to your face doesn’t wear off, I’m happy. 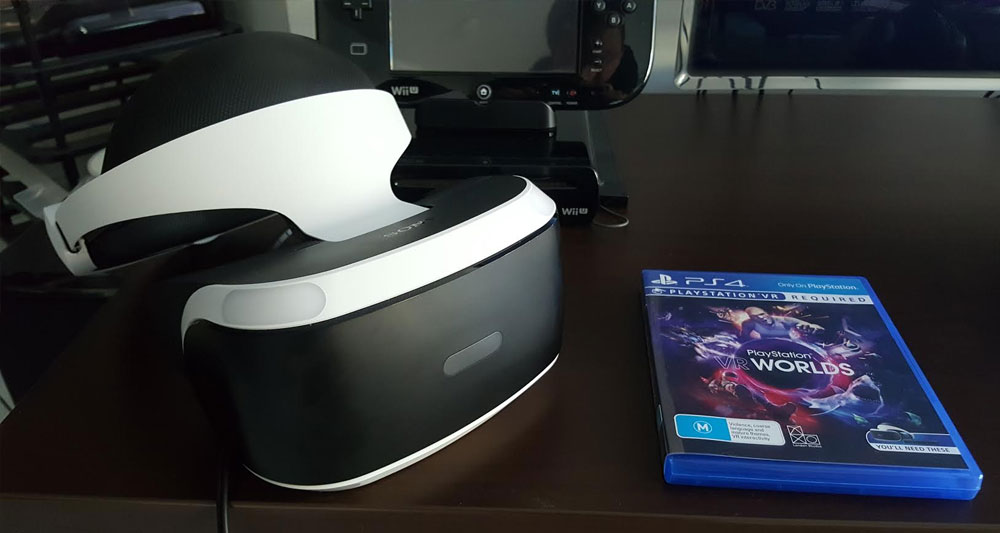 Setting up the actual device is a lot more involved than I imagined.  The Playstation VR comes with a thirty page instruction manual, a bunch of cables and a secondary unit that plugs into the Playstation 4 and sits on top of it, like a weird modern day Sega CD/32X.  And as you can see from the photo below, there’s not really an elegant solution to tidying away those cables.  They plug directly into the headset so as long as you have the Playstation VR sitting out for regular use, you’re going to have a tangle of chunky cables spilling out of your tv cabinet. 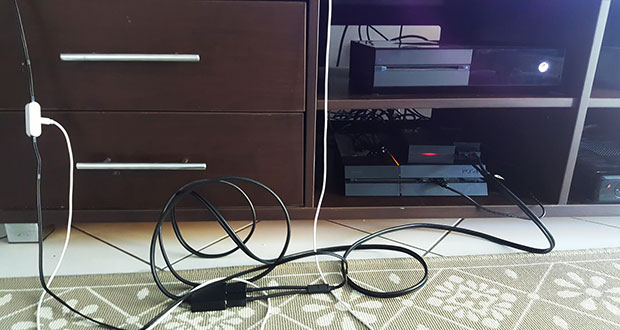 But enough talk about the aesthetics.  Whats it like when you slip the device onto your head and enter virtual reality?  In short, amazing.  I was a little nervous reading some of the mixed feedback online from technology and video game enthusiasts leading up to launch but I’m happy to report the Playstation VR is every bit as incredible as I’d hoped it would be.

As mentioned, the headset is extremely light and easy to put on.  It is accommodating with its design so that anyone wearing glasses can keep them on during play.

The device fits snuggly and comfortably onto your face and blocks out any external light which is key to creating the sense of immersion.  The field of view is impressively wide and the high frame rate ensures that it is comfortable on your eyes.  If there are any sort of sliders that adjust the brightness and contrast, I don’t know where to find them and I wouldn’t need them.  So far everyone who has used the device in the apartment has strapped it on and found it easy on the eyes right from the get go.

The Playstation VR comes with a pair of pretty cheap and crappy looking earbuds so we used Jen’s Sennheiser noise cancelling headphones for 3D audio.  They do a pretty good job.

Annoyingly, Sony’s distribution of the Playstation Move controllers haven’t kept up demand so I wasn’t able to get any at launch.  Worse still, these six year old controllers have been marked up in price from $40 to $90.  Ouch.  That’s over a 200% mark up!  Still, using the Playstation VR without the Move wands is a bit like peering into a virtual environment and losing the use of your hands.  There are still plenty of games and experiences available that use the traditional controller but these are less than optimal.  I can’t wait to revisit some of the games and experiences in PSVR when I track down the Move wands.

So is the VR headset something that can be worn for a long time?  So far, the longest session I’ve had has been for half an hour and my eyes felt fine afterwards.  I’ve only experienced queasiness a couple of times and I think that’s caused by the movement in certain game demos where you’ll notice it immediately.  It’s definitely going to take a little while for software developers to learn what type of movement works in VR and what can cause motion sickness. 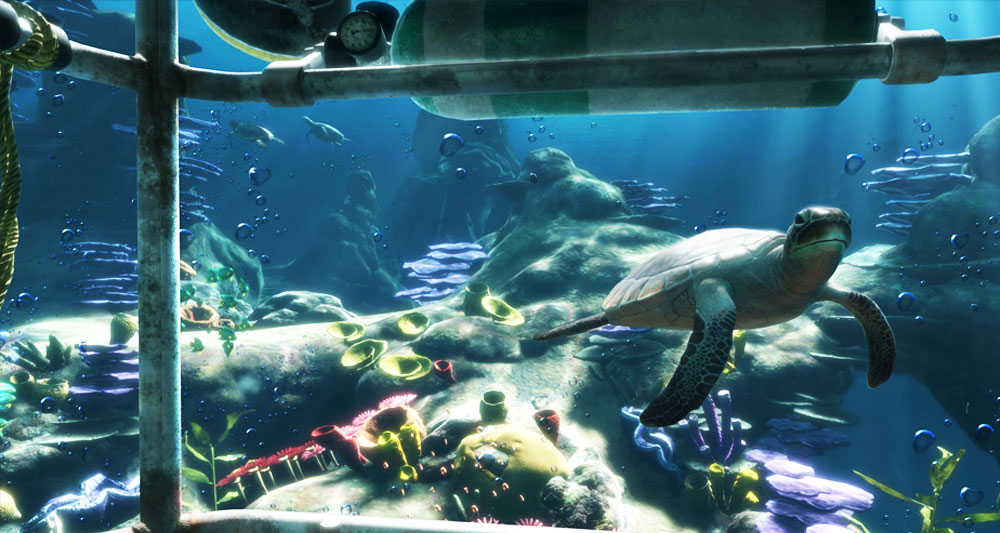 Video games have come an incredibly long way since I first laid my eyes on my brother’s Commodore 64.  As a gaming enthusiast, there are certain experiences that leave an indelible mark and become major gaming milestones that you’ll never forget.  Like the first time I played Super Mario Bros.  Seeing the original Playstation which introduced 3D graphics and CD quality audio onto home consoles.  Playing Wii Sports with someone who doesn’t normally play video games and seeing how much they enjoy it.

The first time you put on the Playstation VR and experience the Shark Tank in Playstation Worlds is one of those moments.  I know because after it blew me away, I saw the same reaction with Jen and our friends time and time again.  Jaws were literally agape.  There were audible oohs and ahhs.  People were genuinely recoiling when the shark appears.  The Shark Tank experience isn’t actually a game, moreso an introductory experience to Playstation VR.  But its the perfect piece of software to do just that because the appeal of VR is communicated immediately to the user from the moment it begins and they realise they are submerged in the ocean and have the ability to look around in a 360 degree field of view.  There’s no game mechanic they have to concentrate on.  All they player has to do is relax and take it all in.

Shark Tank is also a great Playstation VR primer because its short in duration, appealing to watch for onlookers via the projection on the tv and it teaches you some of the basic limitations of Playstation VR.  Most people will try to wander outside the shark cage at which point they’ll learn about the boundaries for the system in terms of movement. 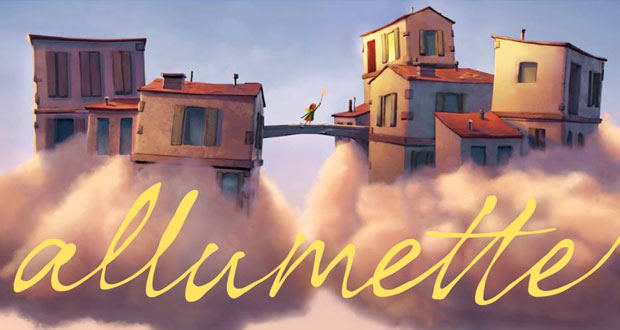 After Shark Tank there are plenty of actual games to try.  Heaps.  In fact, I was both surprised and delighted by just how many VR games at launch are getting absolutely rave reviews.  One of my personal favourites is Robots Rescue in the free Playstation VR Playroom.  It is more of a proof of concept than a full fledged game.  Ostensibly a platformer in the vein of Super Mario or Ratchet and Clank, it shows off the incredible potential for the genre in this medium and how incredible the eventual VR iterations of these well loved franchises could be.

There is also an animated short inspired by The Little Matchstick Girl available on Playstation VR called Allumette.  It tugs on the heart strings and has the same type of charm as the best Pixar animated shorts.  Not unlike Robot Rescue before it, is also a wonderful proof of concept for non-gaming experiences that could be enjoyed in Playstation VR.  Animated storytelling could definitely become one of the major attractions on this thing. 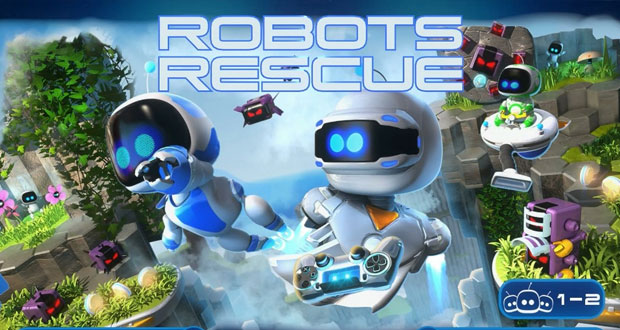 I’ve barely scratched the surface.  I need to get Move controllers.  I need to play Rez.  I hear great things about Thumper, Superhypercube, Batman Arkham VR and Job Simulator.  And those are just the launch titles.  Within the next six months there is a VR Star Wars and Star Trek experience on the way.  A Robinson Crusoe meets Jurassic Park game.  Resident Evil 7.

In many ways, this feels like the ‘true’ launch of the Playstation 4.  The system’s first three years has had its share of solid games but they all felt like incremental improvements over what came before it.  Playstation VR is such a thrill because it reminds me more of the transition from Super Nintendo to Playstation, where there felt like a significant leap forward and the possibilities felt endless.

I don’t really know what the future holds for VR.  This is clearly just the beginning.  It’s still really expensive.  There are very clear limitations on the way we control and interact with the environment.  Creators are still learning what the optimal types of experiences will be.  But each and every person who I’ve shown the Playstation VR to has been blown away.  It has the same effect on the casual market that the Playstation and the Wii had before it.  I think it’ll be bigger and more enduring than the Wii or the 3DS or the Kinect or any other recent technology gimmick.  It probably won’t quite get there with this first generation but its still a hell of a start and it’ll be amazing to see where the technology goes from here.

The Playstation VR is one of the most exciting and interesting hardware launches of the past decade in the video games industry.  It is a legitimate virtual reality headset for the masses and despite being a first gen product, its already shown that it can be something special. 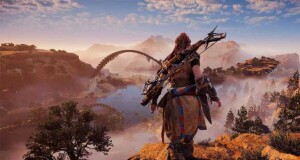