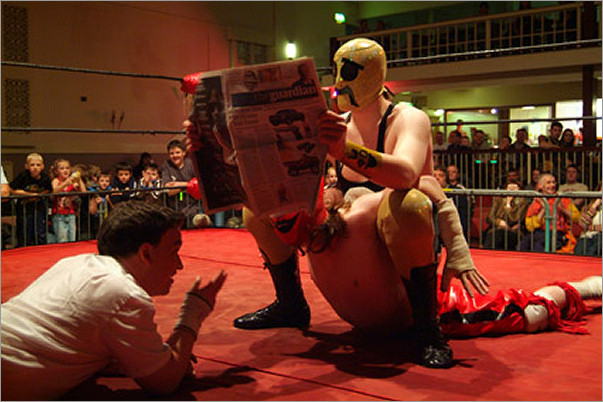 Have you read about the latest news in wrestling?

Tomorrow is a huge day in the professional wrestling industry.  For the first time in a decade, there will be two competing wrestling promotions running live shows on Monday at the same time!  Its the Monday Night Wars II!

In one corner, you’ve got the WWE who are running a New Year show featuring Bret “The Hitman” Hart returning for the first time in 12 years and in the other corner, you’ve got TNA who are promoting their show with the debut of Hulk Hogan.  There’s talk that both shows may also pull out all the stops to win over viewers by bringing in some surprise guests, like Jeff Hardy.  It will be a surprise since he got arrested earlier this year for being a drug dealer and faces a possible long term prison sentence!

Hope you dudes take the time to check out the shows.  It cant all be about UFC with their fancy unchoreographed fighting and man-hugs in the middle of the Octagon Brought To You By Bud Light.