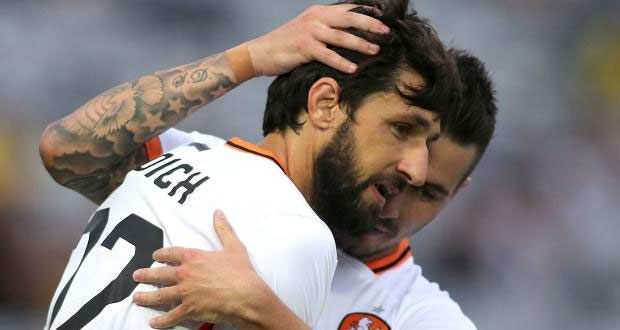 The Roar Keep Pace With Sydney With Wobbly Win At Gosford

Brisbane Roar extended their unbeaten streak to nine games with a win away to Central Coast Mariners.

The Roar took the lead thanks to a peach of a free kick from the edge of the penalty area from Dimi Petratos.  But after travelling comfortably for much of the game, the Roar came undone on the hour mark as a well timed through ball from Fabio Ferreira allowed Roy O’Donovan to peg one back for the home side.  It took the arrival of substitute Thomas Broich to find the difference maker as a pin point cross found Jamie Maclaren unmarked on the back post as he headed home the winner for the Roar.

It was a bit of a nervy end to the game for a Roar side who are comfortably better than the Mariners but appeared lackadaisical at times in their approach.

It’s a weird time for the club.  They are unbeaten in nine but I don’t feel many fans or indeed even the team themselves would feel that they are playing anyway near their best.  They will need to work on their consistency if they are any chance at catching runaway league leaders Sydney FC.