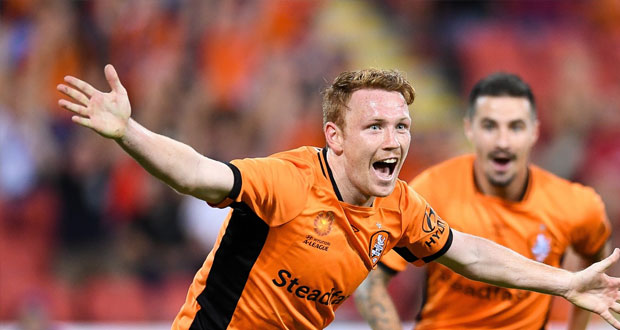 There’s Only One Corey Brown

Well, it looks like we’re back to 1-1 draws again.  For the sixth time this season, the Roar finished on this scoreline.  They were unable to put away an out of sorts Western Sydney Wanderers after taking the lead through an absolutely sensational goal from Corey Brown.

Brown’s goal caps off a scintillating reversal in form where he has transitioned from being one of the Roar’s most maligned players to one of its most celebrated amongst the fans.

Unfortunately, it wasn’t enough to take all three points and with Sydney FC comfortably destroying Adelaide United in their own back yard, any sort of meaningful chase for the premiership is close to over.  Next week’s match against league leaders Sydney will go a long way towards deciding if the Roar are genuine contenders for silverware this year.