Scott Pilgrim vs The World

Scott Pilgrim is a Canadian twenty year old who dates a highschooler named Knives Chau and plays bass for a band called the Sex Bob-ombs with his video game obsessive friends.  Whilst attending a house party, Pilgrim becomes infatuated with an American girl, Ramona Flowers, and he breaks up with Knives so that he can date her.  Not long after, when Scott is playing a set at a Battle of the Bands competition, he is attacked by Ramona’s ex who reveals to him that he must successfully fight and defeat Ramona’s seven evil exs to win her over.

From there, Pilgrim gets to know Ramona better and does battle with a series of bizarre and colourful characters whilst fending off a jilted Knives and the disapproval of his band members.

What I found interesting about Scott Pilgrim vs The World is that there seems to be a misalignment between the references in this film and what I presume its target audience is supposed to be.  Its stacked full of video game references.  In fact, its central conceit of defeating seven exs is based on the boss-fighting structure of many video games.  The film uses chiptune audio samples from the original Legend of Zelda, the band name is a reference to a Super Mario Bros 2 character and the coin explosion from the defeated enemies pays homage to River City Ransom.  The film also spoofs an episode of Seinfeld and has a ‘chapter title’ named after a Smashing Pumpkins album.  All of these references I believe would strike a chord with someone born in the early Eighties.

However, the film is actually cast, written and edited for someone much younger.  Most of the cast are only just in their early Twenties.  They wouldn’t have been born yet when Super Mario Bros 2 was released.  They would have barely been seven years old when Seinfeld started airing and its unlikely any of them listened to the Smashing Pumpkins around that time either.  Instead, the visual language of the film uses rapid jump-cut editing and the continual use of non sequitur jokes in the dialogue made me feel more like I was watching a very long episode of Family Guy.

My interest and enjoyment of Scott Pilgrim started pretty highly in the opening half hour and gradually I felt browbeaten into indifference by the end.  It has such a  rigid structure.  Any momentum the film gains is then stopped and punctuated by yet another protacted fight scene.  Visually, they are bombastic and full of colourful special effects but it didn’t distract from the fact that the fights were also highly repetetive and pretty tedious by the third or fourth one.

I wanted to like this film a lot more than I did.  I’m a big fan of director Edgar Wright and the pop culture references in the trailers suggested this was a film made with me as a target audience.  I don’t even thinks its necessarily a bad film.  However, it is definitely a film with a different audience in mind.  If you like things that are ‘random’, find Family Guy style non sequiturs funny and enjoyed the visual style of the recent Speed Racer film, then Scott Pilgrim is for you. 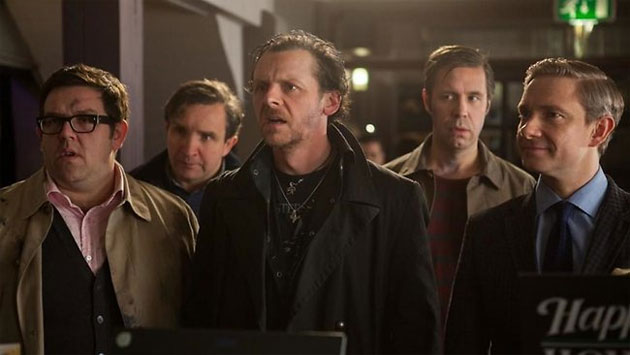