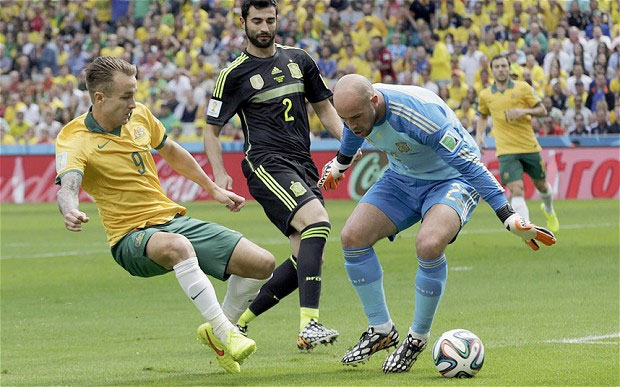 Australia was finally brought back down to Earth in their final game of the tournament, being easily bested by a Spanish side that must have been wondering where this form was earlier in the tournament.  The Socceroos started promisingly and held almost all of the possession in the opening ten minutes as they attempted to out-tikki takka the masters.  Eventually Spain took the ascendancy and a defensive lapse by Jason Davidson saw Melbourne City-bound David Villa score the opening goal with a cheeky backheel.  It was all over from there.  If don’t recall the Socceroos generating a single meaningful shot at goal such was Spain’s dominance.

For the second successive tournament, Italy have failed to make it past the group stage, accumulating only 3 points.  Their coach Cesar Prandelli quit immediately after the game, leaving the team in disarray and who am I kidding, right now everyone is talking about Luis Suarez and how that crazy loon bit someone for a third time in his career.

Suarez is the walking embodiment of why karma doesn’t exist.  He’s a diver, a cheat, a racist and a biter.  He’s also one of the most successful and monied athletes in the World and tipped to be leaving Liverpool for Barcelona.  The ‘best’ thing about the moment where he took a chunk out of Chiellini is that he went to ground, clutching his teeth, apparently appealing for a decision his way. 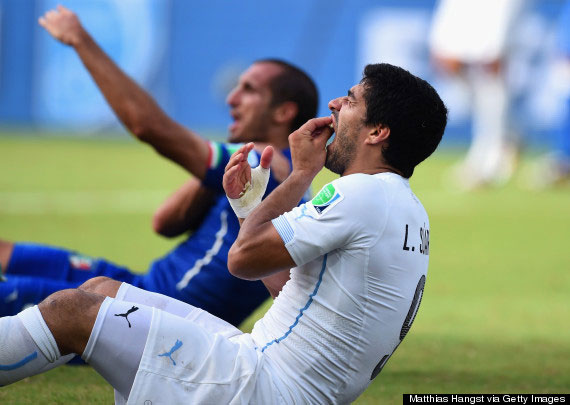