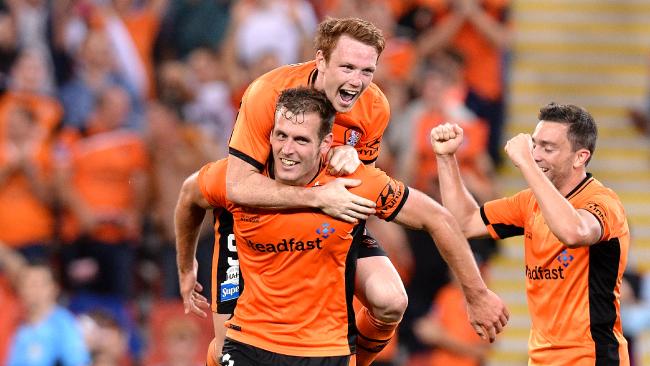 With all the drama of another tumultuous off-season finally behind them, the Brisbane Roar were happy to let the football do the talking in front of a respectable crowd of 15,000 at Suncorp Stadium in the opening game of the season.

The game marked the 200th A-League appearance for captain Matt McKay and was also the debut for a number of new signings including Brett Holman and Thomas Kristensen.  It was also the homecoming for James Donachie, the former Roar central defender, who transferred to the Victory at the end of last season.

The team put in a respectable performance against a near full strength Melbourne Victory who are considered one of the title favourites this year.  Holman in particular showed plenty of promise and if he maintains the creativity and work rate he put into this game, goals seem destined to come.  Kristensen hasn’t meshed quite as quickly.  It’s not yet clear if he will replace the holding midfielder role that has been integral to the Roar’s success in the last five years (a mantle carried by Paartalu, Bratten and Corona) but mysteriously he was deemed the Suncorp Stadium’s Man of the Match.  One of the most promising signs was the composure shown by Corey Brown, a defender who will need to be at his very best if the Roar are to maintain any kind of title challenge.  Returning defender Luke DeVere, out for 18 months after a horror run of injuries, showed why he used to be in Socceroos contention, as he had a good night keeping Victory striker Besart Berisha quiet.

The Victory looked like they would steal all the points when they jagged a late goal with new signing Austin Mitchell firing home from close range through Michael Theo’s legs.  But as they have done time and time again, the Roar showed great character and in the 95th minute, some hard work from Jamie Maclaren won them a free kick and Luke DeVere showed the most hunger in a goal mouth scramble, lobbing the ball over Victory keeper Lawrence Thomas and into the back of the net.

It was a fair result and a promising start to the season for the club.

It was interesting to note that despite having the lowest membership figures in the competition, the attendance in Round One was similar to most games in seasons past.  It suggests that perhaps fans protested the ongoing issues with the club by avoiding membership purchases but they still seem inclined to turn up on match day, at least against the bigger opposition sides.

Enner Valencia faked an injury during Ecuador’s game escaping in an ambulance to avoid being arrested. 😂 pic.twitter.com/SNvVAB5dfC