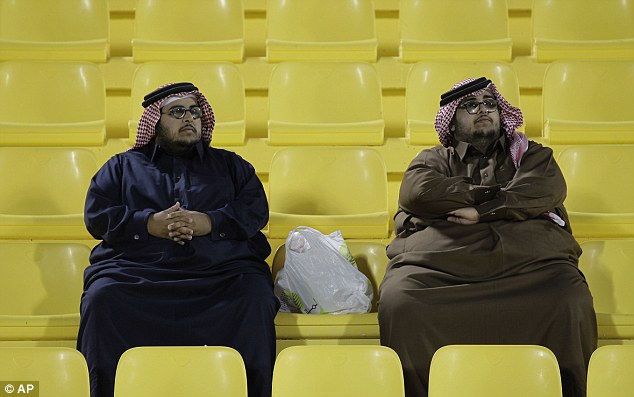 It’s about time I gave everyone an update on how the Asian Cup is going.  It takes a certain dedicatation to watch as much terrible football as I do and at weird hours of the night too.  And because I’ve had all this time off work due to the floods, it’s meant that I’ve been able to stay up at night to watch Iran vs North Korea whereas common sense would normally dictate that I would do something sensible with my time like go to sleep.

Anyway, the second round of the Group Stage has finished and here are my news and notes from the competition so far. 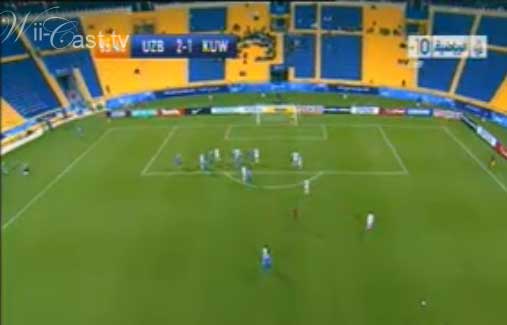 “Hey!  The biggest footballing competition in the region is on and here’s an opportunity to see some of the best players in the world who play in the EPL, the Bundesliga, the J-League and more.  Who’s excited?”

Not anyone in Qatar that’s for sure.  Every game is being played in front of a handful of travelling supporters in embarassingly empty stadiums.  There are almost no locals attending the games.  And I don’t just mean for the matches between minnows like Jordan vs Syria but even the high profile games between the tournament favourites such as Australia vs South Korea are drawing miniscule crowds.

What’s worse is that these empty stadiums which are devoid of atmosphere are being broadcast out to the world using state of the art camerawork that’s utilizing fly-by-wire technology that you see in the NFL.  The aerial camera is soaring overhead offering a dynamic bird’s eye view and meanwhile the ground cameras are on dolly tracks that beautifully and cinematically pan around the stadiums in crystal clear high definition…which only has the effect of magnifying the fact that no one is at the stadium watching the game.

It’s pretty obvious that Qatar has no footballing culture whatsoever.  I guess they’ll just import the crowd from overseas like they will with the stadiums.  I understand the logic of setting World Cups in countries like the United States or in South Africa where you can grow the profile of the sport.  Qatar has a miniscule population and their people are so disinterested in the sport they barely even bother to turn up to watch their own team play.  What’s the point? 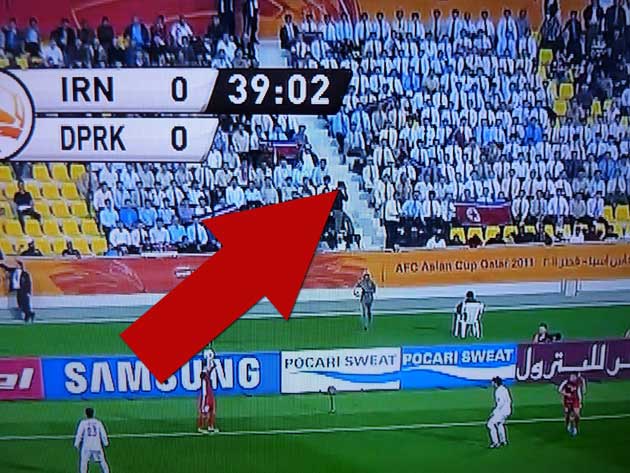 All the North Korean supporters turned up to the matches dressed like Michael Douglas in Falling Down wearing white collared shirt ‘n’ ties.  They were very polite, remaining seated the entire time with excellent posture and hardly made a peep.  It makes me want to see footage of North Korea playing a home game.  I think it would be a pretty cool visual to see an entire stadium of shirt and tie wearing supporters.  Bring a bit of class back to the sport.  Monacles are optional.

It’s been a lacklustre start to the tournament for the defending champions Iraq and 2007 finalists Saudi Arabia.  Both sides lost their opening game of the tournament.  The Saudis reacted by sacking their coach (!) which seems a bit harsh.  In their second game, Iraq squeaked past UAE 1-0 and had to rely on an own goal.  Saudi Arabia lost again, this time to unfancied Syria, knocking them out of the tournament far ealier than anyone had expected.

The Mascot for the Iranian Supporters is Winnie the Pooh 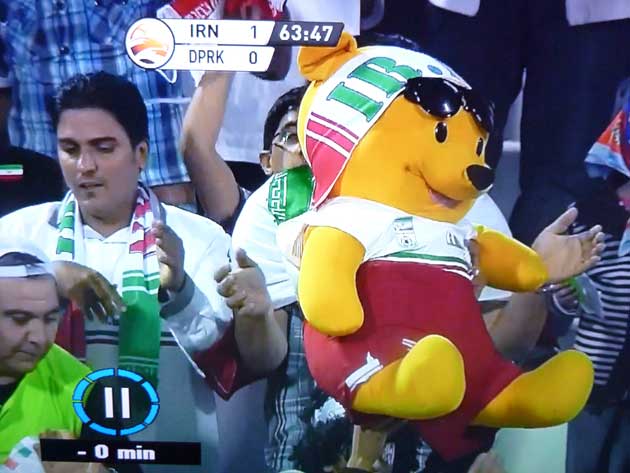 The Captain of the Indian football team is Climax Larry 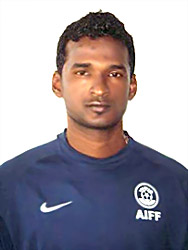 A most excellent name.

Real Talk:  (Seriously) Why are China and India so crap at football?

Australia’s opening game of the tournament was against India, the lowest seeded team in the competition.  India gained qualification for the Asian Cup by winning the 2008 AFC Challenge Cup, a suspiciously shit competition of such dubious quality that Brunei was seeded 12th of out of the 20 teams that participated.  Thats right, someone managed to host a football competition where they found eight countries worse than Brunei at football.

The commentators were apologetic on India’s behalf even before kick off.  The referees did their part too by erroneously waving offside for four opportunities where the Socceroos were clean through on goal.  India’s goalkeeper was their only decent player and he must have made twenty saves that night.  After one of the most lacklustre performances I’ve seen out of the Socceroos, they finished the game comfortably winning 4-0.  It was  one of the worst international matches I’ve ever seen and begged the question:  Why are India so monumentally shit at football?

Before I had a chance to blog about this, I read that Qatar had beaten China 2-0.  To put that into perspective, Qatar’s population is smaller than Brisbane’s.  They have a national population of 1.6 million people.  Comparatively, China has a population of 1.3 billion.  The result however was not entirely unexpected as Qatar was seeded above them in the tournament.  Which forced me to expand the scope of my original question:

Why are India and China, who collectively have 250,000,000,000 people in their countries and are two of the largest economic superpowers of the world so unbelievably bad at football?

I don’t ask that question rhetorically.  I’d geniunely like to know as I’ve mulled over the thought in my head over the past few days and I don’t feel like I’m any closer to an answer.

Now obviously I’m not saying that the population and economic prosperity of a country should dictate the quality of their football team but obviously when there was a push to popularize football in America, it didn’t take long for them to develop a national team that could hold it’s own at a World Cup.  India and China are barely scraping through matches when they play developing nations that have a fraction of their facilities, wealth, landmass and player base.  Why is that?

Culturally, consider the following.  Both are sports mad countries that have achieved great success in a range of other sporting disciplines.  Indians have passionately embraced cricket, a sport imported from the days of the colonialists, who just so happen to be the inventors of football.  How did India come to collectively embrace one major sport from the British but not the other?  In China, its impossible not to walk into a pub without seeing a television tuned into the English Premiere League.  I don’t think I’ve met a Chinese guy before who doesn’t at least have a passing interest in supporting Liverpool or Manchester United.  Gambling and watching the EPL are a way of life for tens of millions of Chinese people.  Why doesn’t this translate into success on the pitch?

Both countries are also deeply integrated with the rest of the world with millions of Indians and Chinese living overseas in successful footballing nations and there are also large numbers of immigrants from these very nations who reside in China and India.  Somehow, this inter-cultural blending hasn’t resulted in the improvement of footballing standards.

Is it a question of genetics?  Are Chinese and Indian players physically too small in stature to be successfull in football?  Well, no, not really.  Look at South Korea and Japan.  Both countries field teams with players of a similar build and in the past ten years both sides have regularly made it into the elimination stages of the World Cup tournament.

I’m at a loss to explain it.