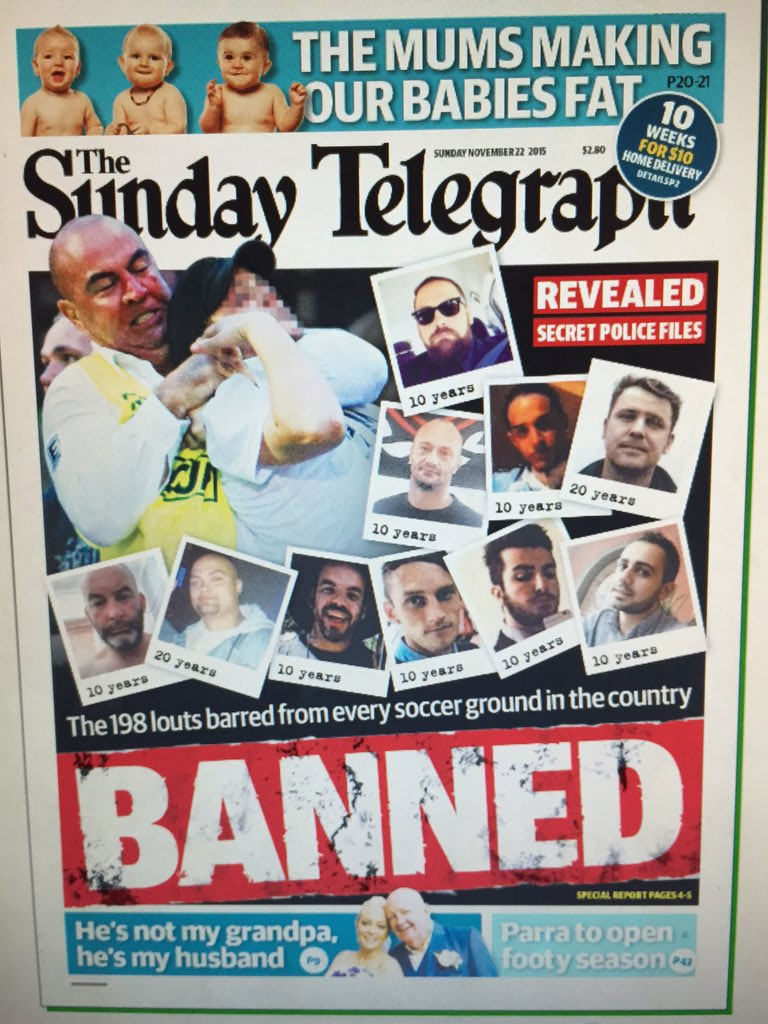 Brisbane Roar’s run of clean sheets ended at 3 games as they drew 1-1 at home against an inconsistent Melbourne City side.  The game will largely be remembered for two gaffes from Roar keeper Jamie Young, the second of which directly resulted in the goal for City. Young had a horror start to his A-League career last season when a long term injury put first choice keeper Michael Theo out of action and thrust Young into the limelight.  He appeared visibly nervous, had a handful of howlers and famously got into an onfield arguement with team mate Shane Stefanutto after a loss to Wellington Phoenix. But over time, Young improved tenfold and cemented his place in the side.  He has already played a valuable hand this season but all of a sudden, the Jamie Young of old reared his head in this game. In the first half, Young had the ball in his hands and was ready for a clearance when he somehow slipped over and released the ball between his legs straight into the path of the Melbourne City players.  Fortunately for the Roar they scuffed the opportunity.  In the opening minutes of the second half Young drilled a goal kick straight into the back of defender Daniel Bowles and this time City made them pay with Novillo firing it into the back of the net from close range. The Roar salvaged a point when – who else? – Henrique came on and fulfilled his super sub duties, netting an equalizer ten minutes before the final whistle. After the game, coach John Aloisi bemoaned his former club’s ‘anti-football’ tactics.  While the penalty count wasn’t outrageously high, it was notable that all five yellow cards that City picked up were for fouls on Brisbane Roar play maker Thomas Broich.  ‘If you can’t beat them, kick them in the shins’ appears to be the Melbourne City philosophy. For City fans the result probably prolongs an ongoing frustration the club has with coach John vant Schip.  He doesn’t seem to be able to drive the club to any position better than midtable mediocrity but he always does seemingly just enough to stave off getting the axe. 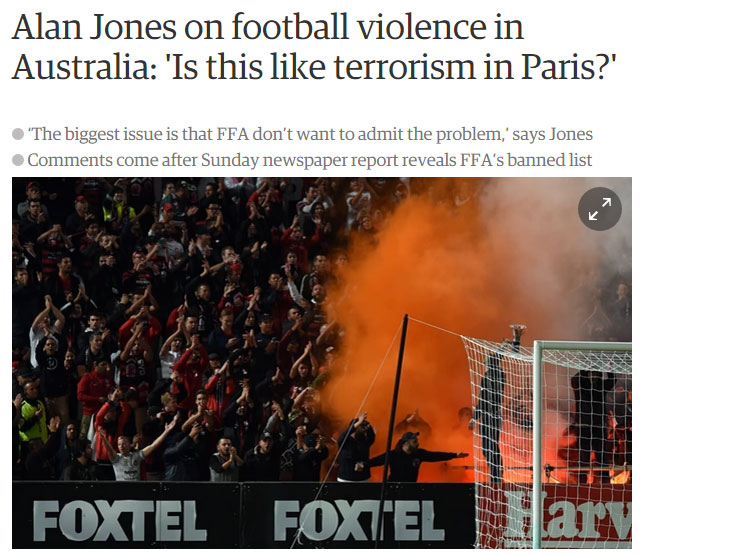 Australia is sometimes known as ‘the Lucky Country’ and has a lot of positive qualities that make it the envy of many other nations.  The natural resources rich landscape has meant that the country has enjoyed an economic boom period for nearly two decades and the social fabric of modern Australia is an attractive multicultural mix of people from all walks of life and backgrounds, the majority of whom enjoy a comfortable standard of living.

As with any country however, there is also an ugly side.  There are people who aren’t so welcoming and whose attitudes have given Australia a reputation for being small minded racists who are unable and unwilling to adapt to the modern society as it is today.  The 20% who clung to supporting former Prime Minister Tony Abbott when everyone else tired of his divisive, fear-mongering rhetoric.

Most of these people are of an older generation who are shrinking in numbers and influence.  Even so, they are engaged in a culture war in Australia and this week, once again, football was lined up as a target.

Conservative news media in Australia fears football as an alien, ethnic and ‘unAustralian’ activity on a level that is almost impossible to appreciate until you’ve lived in the country and witnessed it first hand.  Over the weekend, Rupert Murdoch’s Sunday Telegraph published a headline article titled ‘BANNED – The 198 Louts Banned From Every Soccer Ground In This Country‘.

For as long as I can remember, during the football season, articles are written at length in the Murdoch press about hooliganism in the stands as if it were like the Eighties in England.  It’s an absurd dichotomy when compared with other Australian sporting codes like AFL which in recent seasons have had entire teams incriminated over drug use, a female spectator punched in the throat during a game and an Aboriginal player who was racially vilfied and booed so severely he quit the game.  In each of these instances, the press has leapt to the defence of AFL saying these incidents are ‘not representative of the game’ and yet when it comes to football, the same journalists paint the A-League as a competition that is rife with hooliganism.  For anyone who has attended a game, they would know it is laughably at odds with the actual atmosphere at the grounds.

The ‘BANNED’ article from the Sunday Telegraph raised all sorts of alarm bells.  The article lists 198 people it has identified as hooligans with a photo and their full name printed beneath it.  The problem is, it is riddled with errors and written without context.  There are names mismatched with photos.  The FFA also doesn’t have an appeals process so none of the 198 have had an opportunity to prove their innocence.  So they have effectively been charged and identified in one of the most widely read newspapers in Australia without any recourse.  There are people under 18 years old on that list.  There are people who have had their reputations tarnished and risk of losing their jobs who may have done nothing wrong.

The worrying thing that we still don’t have the answer to is who leaked the list.  The FFA appear to have failed spectacularly in their responsibility to safeguard the personal details of any A-League season member (of which I am one of) and their response to the article attacking the integrity of football fans has been toothless, inept and completely unsatisfactory.

The writer of the article Rebecca Wilson has been unmoved and unapologetic for what she has written.  Midweek she went onto conservative shock-jock Alan Jones’ radio show where the two discussed the matter and Jones postulated that the lack of leadership by the FFA in tackling the matter was comparable to the terror attacks in Paris.

To be honest, most football fans aren’t that concerned with the likes of Wilson and Jones.  As I wrote at the start of this article, they are a part of Australian society that has a loud voice but little influence.  Like a lot of other countries, print media is dying a rapid death in Australia and with it, the voices of shrill Murdoch goons.  But on the other hand, fans are reaching a breaking point with the FFA and their failure to support the people who are the very lifeblood of the A-League.

The existence of a domestic football league in Australia is not a guarantee.  The A-League is only eleven years old because the former competition – the NSL – collapsed due to administrative incompetence which lead to indifference from fans who abandoned the league.  There is a huge market for football in Australia.  The sport recently overtook netball and swimming as the most popular game for young girls in Australia.  It is one of the participated sports amongst adults with nearly 2 million regular players.  But there is a limit to the fan’s patience and in the last few years, the FFA has tested it close to breaking point.  Their unsatisfactory response to the Sunday Telegraph article might be a breaking point for some.  There is talk amongst some of the biggest supporter groups in the code boycotting matches in protest.  Attendance figures this season are already down and disillusionment with the game is at a high.  How will the custodians of the game – Steven Lowy, David Gallop and Damien de Bohun – respond?

Dear @FFA & @ALeague – why would we give you our details if you clearly can't protect them? Confidentiality gone. pic.twitter.com/L6AWz1olPa

How do confidential Police & FFA files get leaked without the Police & FFA cooperation. Im perplexed No accountability or natural justice

3 thoughts on today's front page Sunday Tele: 1 Still can't understand why no appeal process. Every court of law has an appeals process, no?