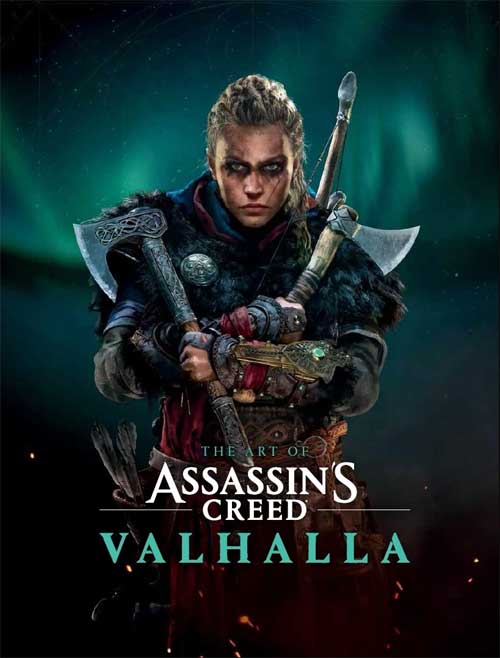 I have played eight Assassin’s Creed games and finished none of them.

I always start off with good intentions that this will be the Creed game that I see through to the finish.  The earlier games (1 and 3 in particular) I ended up bouncing off because of the repetitive game mechanics and unengaging protagonist.

I gave the series a wide berth and skipped Syndicate, Unity and a handful of others before jumping back in with the recent releases which have transformed the game into an action-rpg with levelling, crafting, looting and character customization.  I really enjoyed Origins and Odyssey.  The story-telling, world-building and play mechanics are all reaching a level of polish and finesse that finally match the ambitious and scope that the earlier games hinted at.

Valhalla is the latest chapter in the series and this time we play as the viking warrior Eivor during the Nordic invasion of Britain in AD 873.

Eivor and her adoptive brother Sigurd abandon their father King Styrbjorn when he refuses to engage in warfare with rival clains in Norway that he believes he cannot win.  Sigurd (returning from a two year expedition abroad) befriends two mysterious foreigners, Basim and Hytham, who begin to influence his beliefs and ambitions as a viking ruler.  Styrbjorn pledges fealty to King Harald, in the interests of avoiding war and uniting the country, which blindsides and infuriates Sigurd, who was not consulted.  It leads to Sigurd and Eivor leaving Norway and making for Britain to conquer the lands and form their own colony by uniting the local clans.

Thanks to Halo Infinite’s unexpected delay at the launch of the Xbox Series X, Assassin’s Creed Valhalla has become a go-to “launch game” for a lot of new Xbox owners.  The game looks very polished, runs at a smooth 4k/60fps and is easy on the eye with its warm, colourful palette portraying 9-th century Britain.

Ubisoft have largely kept the new rpg-lite features that were added in Origins and Odyssey but taken on-board some player feedback and streamlined the acquisition of new weapons (you’ll no longer end up carrying a dozen functionally identical spears) and removed the scaling of levels.  It’s also pleasing to see that the ability to choose a male or female protagonist will be the standard going forward.

Side quests, a notorious time-filler in past Assassins Creed games, have been replaced with “points of interest”.  This isn’t just a rebranding exercise.  The key difference now is that instead of having a laundry list of 20 objectives on the go that clutter the UI, the points of interest activate little micro-stories that take place more organically as you explore Britain.  Ubisoft seem to have given their writers the license to go for broke creatively with these micro-stories.  Adventures in dabbling with drugs or speaking to babbling madmen are commonplace with points of interest and have a different, playful tone compared to the main storyline.  It reminds me a lot of dichotomy in the Yakuza series which also mashes up a melodramatic central narrative with deeply silly side quests.

New to the series is a base-building mechanic that increases the size and functionality of your colony as you unite the nearby clans and gain their loyalty.  As your fame and war chest expands, more people will call your colony home and you can add new buildings like a pub, fishmonger, blacksmith and hunter’s lodge.  I think it’s a great addition that provides some much needed motivation to tackle the game’s substantial amount of optional content.

I found Eivor as a character to be likeable, charming and interesting to play as.  The gameplay loop of exploring and raiding new regions, completing a story involving a local lord or baron, then returning to your base and building it up with your spoils of war is pretty satisfying.

I’m about thirty hours in and have learned I’m maybe halfway through the main storyline which is a lot to take in.  I think these games would generally be well served to offer a 30-50 hour experience, not a 70-90 hour one, but I haven’t burned out yet so this might finally be the one where I reach end credits.

Assassins Creed Valhalla is not a radical reinvention of the series but this longstanding franchise continues to make positive strides with each new instalment, with meaningful tweaks and changes to the play mechanics that show a good understanding and engagement with its player base.

It’s exciting to think about what the Assassin’s Creed series can do next.  It really feels like the hardware and game engine has matured to the point where they can do justice to whatever era or locale they set their sights on next.  Valhalla is a highlight in the series but it feels like the best is yet to come.

When her Nordic homeland is surrendered by her father, the warrior viking Eivor travels to the Anglo-Saxon kingdoms to find new territories to claim.

Summary : Ubisoft continues to build and evolve the Assassin's Creed series. Valhalla is one of the best yet and a fine showcase game to experience the horsepower of the newest Xbox console.