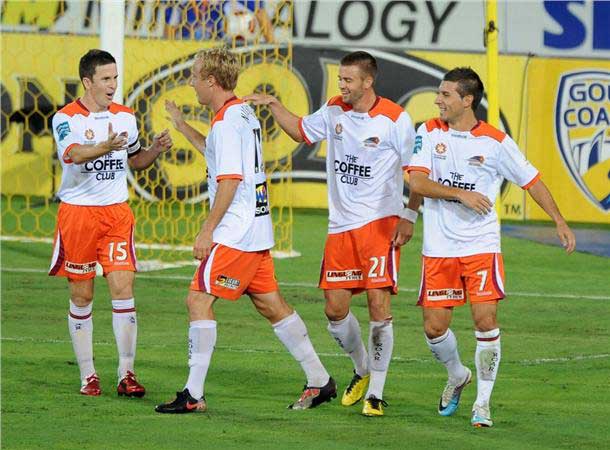 I didn’t actually get to see this game because I was down in Sydney for the Conference.  The game was supposed to be played at Dairy Farmer Stadium but because of Cyclone Yasi, it had to be moved to Skilled Park.  This game attracted a record low attendance which is probably what you get when the top team plays the bottom team at the end of the season on a Tuesday at a neutral venue.

We won comfortably, 2-1.  The undefeated streak is now 24 games.

One game left in the regular season and then its Finals Football time.  That last game of the season is against Gold Coast United and will be the first game back at Suncorp Stadium since the Brisbane Floods.  After the game we’ll be presented with the Premiere’s Plate.  I cannot wait. 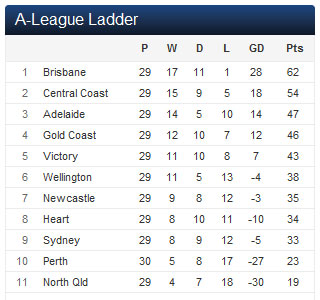