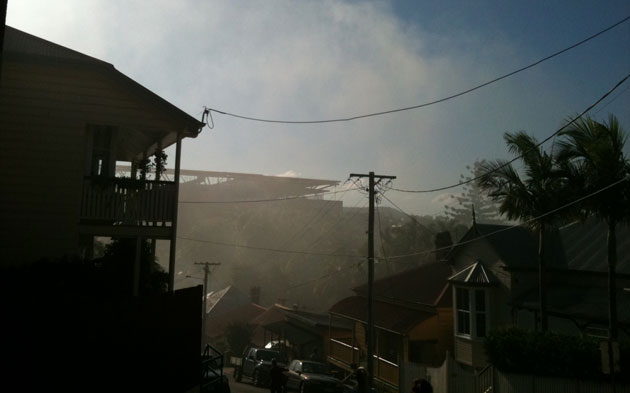 The inaugural Super 15 season got underway this season.  It is the first time this competition involving teams from Australia, New Zealand and South Africa has had 15 teams, with the Melbourne Rebels being the latest franchise to join the league.  It has also prompted the league organizers to radicalize the format of the competition.  In previous years, the teams would all play each other and the top four sides would qualify for Finals Football.  Pretty straight forward.

As of this season, we have switched to an Americanized format.  All the teams still play one another but instead of having a single league table, they are now divided into conferences based on country.  The top performing team from each conference qualifies for the final as well as the top overall team.  So what are the ramifications of this new system?  Basically, it favours Australia greatly because historically, they have been the worst performing country in the league in recent years.  A team that might have finished fifth in the old competition format would now qualify for the finals over a team that finished fourth if the fifth based team actually finished top of their country’s standings and the fourth placed team did not.  Basically, this is a TV ratings initiative so that viewers from every country are guaranteed to have a team to watch in the Finals no matter what.  It seems to be a pretty dodgy system where mathematically, it is possible for a team that finished seventh overall to qualify for the Final Four if they were top of their conference standings.  Let’s see how this plays out.

For Queensland, their first game of the season was a home fixture against the typically underwhelming Western Force.  Heading to the stadium, I was in for a bit of a surprise.  On a scorching hot day in Brisbane, apparently a house had caught fire on Caxton Street, submerging the area around Suncorp Stadium in a thick plume of smoke.  Fortunately, it was contained  quickly and didn’t delay kick off.

The opening game of the season was also star player Quade Cooper’s 50th game for the Reds.

Unfortunately, things didn’t play out very well for either Cooper nor the Reds.  The game was littered with handling errors.  I don’t know what the final count was but it would have comfortably been over 10.  Constant fumbles, knock ons and passes going to ground ruined any possibility for continuity or sustained pressure on the Force.  To sum up their performance, the Reds were once clean through and over the tryline in the first half when one of their players dropped the ball under no pressure at all.  It was maddening and reminded me of the bad old days during 2007-2009 when they continually finished bottom of the table.  They went into the break, losing 12-6.

In the second half, a quick thinking set play at the lineout from Saia Faingaa finally resulted in our first try of the season.  Just as we started to get some momentum however, a loose Quade Cooper pass during an attacking play inside the Force’s 20 saw James O’Connor pick up the ball and run 90 metres to put the Force in front with less than 10 minutes to go.

Finally, the Reds began to show some character in the dying stages of the game and eschewing some of the razzle dazzle football that resulted in so many fumbles earlier in the game, it was left to one of the forwards, James Hanson, to plough over the line in the dying seconds of the game to give the Reds their first win of the season by a single point.  Cooper missed the conversion.

It was a worrying start to the season for the Reds who made plenty of uncharacteristic errors and both their star players Will Genia and Quade Cooper underwhelmed.  Coach Ewen McKenzie will have plenty of work to do to lift the side to where they need to be.  Next week they travel to NSW to resume their interstate rivalry with the highflying NSW Waratahs.  The Waratah’s opening game of the season was against the Melbourne Rebels.  They won 43-0. 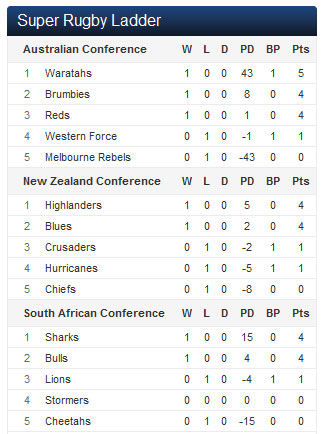