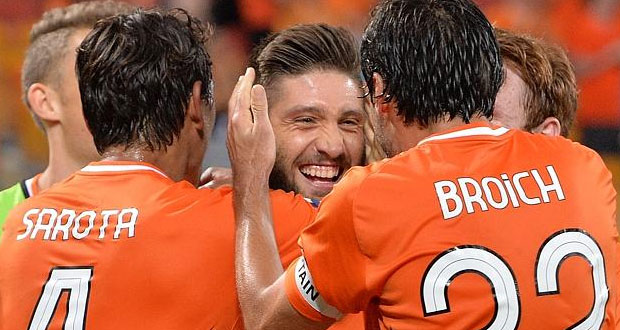 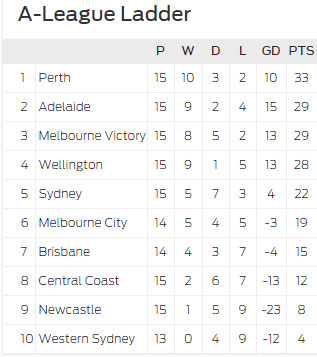 The 4 week break was welcome relief for the Brisbane Roar who fiiiiiiiiinnaaallly secured their first home win of the season, five months into the competition.  The team welcomed the return of play-making talisman Thomas Broich as well as veteran goalkeeper Michael Theo.  Even then, the club were made to work for it and pushed to the limit by an in-form Wellington Phoenix who embarrassed the team 3-0 in the last game before the Asian Cup.

I was delighted with the look of the starting eleven which seemed to finally pick a squad based on form.  Dimi Petratos was dropped for the first time this season to make way for exciting youngster Brandon Borello who is quickly asserting himself into the squad with his electric pace and sublime first touch.  The team also welcomed the introduction of former Wanderer Jerome Polenz who was extremely rusty with his touch and yet his positional awareness and ability to link up with Borello immediately gave us more options playing out of defence.  He actually looks like a respectable replacement for Ivan Franjic which the club so desperately needed.  It’s exciting to think that with a new striker signed and Luke DeVere making his return, the club may soon have depth in their ranks once more.

The Roar had the better of the play and possession in the first half but it was a dogged Nathan Burns run down the flanks that set up the first goal for Roy Krishna and the Phoenix.  But the Roar to their credit finally showed some fighting spirit at home and took the game to the Nix, equalizing on the hour through a thumping James Donachie header.  Thanks for the assist Thomas Broich!

Broich was once again the provider when he slotted Brandon Borello right through the heart of the Nix defence and the young striker calmly slotted home to give the Roar the lead.

Jamie Young, our much maligned stand-in keeper was finally replaced by the returning Michael Theo in this game but Young’s awfulness must be contagious because Theo was far too slow clearing a ball passed back to him by James Donachie and Kenny Cunningham scored what will probably the cheapest goal of his career, blocking Theo’s clearance and happily seeing the ball squirt into the back of the net.  That moment felt like it would neatly sum up our up-t0-now disastrous season.

Then, finally, FINALLY!, we got treated to some of the Brisbane Roar antics of old.  The time honoured last minute winner.  Polenz, who was starting to find his touch, delivered an arcing cross into the penalty area which found Jean Carlos Solozarno and he volleyed home to give the Roar all three points.

Don’t tell anyone this but after attending seven football matches in January during the Asian Cup and watching a dozen more on TV, I was feeling pretty burnt out and wasn’t as excited to see the Roar play as I normally was.  I allowed myself to get excited when we took the lead the first time but then I felt absolutely crushed when the Roar conceded the second goal.  I had allowed myself to get emotionally invested in the game.  When Solozarno scored the last minute winner, I was absolutely thrilled, punching the air, hugging my friends and losing my mind.