My wife is super awesome.  She had the day off from work today but made time to pick up a copy of the new Halo game for me.  So when I came home today, I bought the two girls in the apartment some ice cream, left them in front of a tv with True Blood on and then sat down to shooting a bunch of aliens in the face undisturbed.  Life is good. 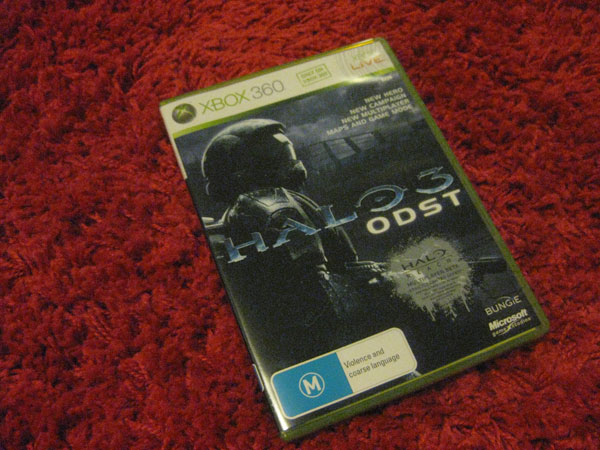 I also made the decision to ditch reading The Brothers Karamazov for now.  It wasn’t really holding my attention so I figure I’d move onto to something else and then revisit it later.  My friend Jarrod lent me his copy of Chuck Palahniuk’s Survivor.  Palahniuk is best known for writing Fight Club and Choke.  I think Jarrod tricked me though.  Survivor doesn’t appear to be about the life and times of Jeff Probst at all.  Instead its about the lone survivor of a ‘Death Cult’ who finds media stardom when the rest of the cult commit mass suicide.  At least thats what the blurb tells me.  I’ve read about fifty pages so far and none of that has happened yet so it seems to be a pretty major spoiler.

I also felt like reading a good old Batman comic after playing through Batman: Arkham Asylum.  I went to the store and looked for the Arkham Asylum: A Serious House on Serious Earth but I couldn’t find it.  So instead I came away with Batman: A Long Haloween which reads as a noirish detective story with Batman working with Harvey Dent and Commissioner Gordon to take down an Italian crime syndicate. 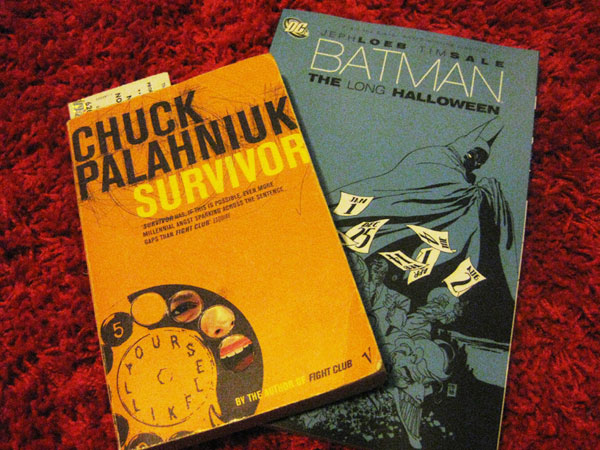 Although I haven’t finished either book, both are pretty entertaining so far.