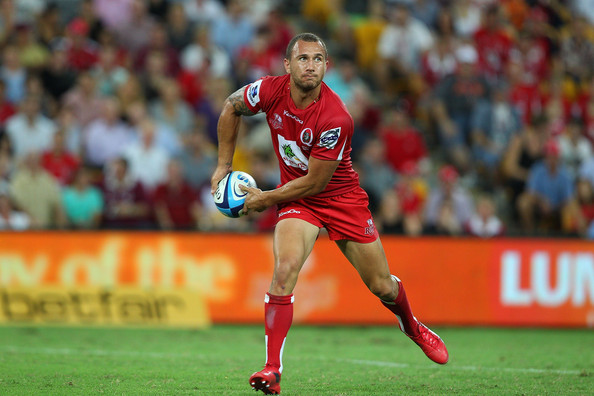 NB: After blogging about a 30 round A-League season over the past seven months, I’m feeling a little bit drained writing about The SportsWebsite all the time so I’ve decided to cut back on the Super 15 blog to just the Reds’ home games.

The Queensland Reds were a revelation in the 2010 Super 14 after coach Ewen McKenzie re-invented their technique to be a more attack-minded style that conquered perennial competition favourites the Crusaders, the Bulls and the Stormers during the regular season.  It turned the combination of Quade Cooper and Will Genia into stars for both club and country.  Although the club had a fantastic season and were the talk of the competition, they made hard work of games against the New Zealand sides and ended up finishing fifth, one position short for qualification into Finals Football.

In the 2011, they have found that success hard to replicate so far.  In the opening game of the season, they had a laboured victory over the basement dwelling Western Force where they narrowly escaped with the win through a last minute James Hanson try.  The following week, they were absolutely thumped by the Waratahs 30-6.  The week after that, they secured another tight victory against the Brumbies, relying on the boot of Quade Cooper to kick their way to victory.  Round 4 was a bye round for them.  So in three games for the 2011 season, they had managed a measley three tries.

Round 5 saw the Reds return to Suncorp to play the competition newcomers, the Melbourne Rebels.  The club boasts some impressive names on paper including former Wallabies skipper Sterling Mortlock and English star Danny Cipriani.  The Rebels have struggled to play as a cohesive unit however and had just a single win from the opening four rounds.

As it turned out, this would be the game where the Reds finally found their feet.  After Cipriani kicked the first points of the match in the sixth minute, the Reds then piled on all the pressure and points, scoring seven unanswered tries.  The final scoreline finished 53-3, a complete blowout.  It was the Reds’ biggest ever winning margin in the history of the competition.

It also reminded me that I am something of a good luck talisman for the Reds and the Roar at Suncorp Stadium.  The last time the Reds lost a home game at Suncorp was back in Round 1 of last years Super 14 season against the Waratahs.  I wasn’t there for that game.  The Roar also didn’t lose a single home game in all of the 2010/11 season of which I saw every game.  I’ve worked out that the last time I was at Suncorp and saw either team lose was two years ago when I saw the Roar lose 3-0 to Celtic in an exhibition game.  I actually can’t remember the last time I saw the Roar or the Reds lose in a regular league game.  It’s safe to say I have seen over 30 games in a row involving either of these two clubs without a single loss. 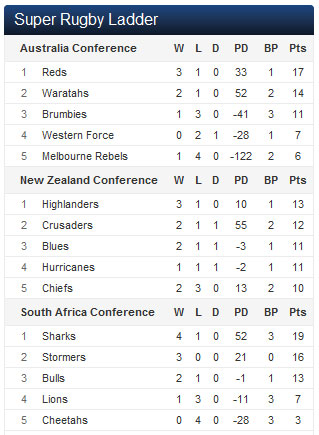 Previous: Youtube Friday: A Danish Game Show
Next: Wicked – The Untold Story of the Witches of Oz 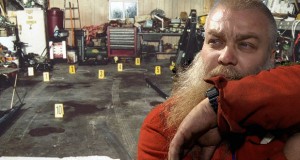