The Fighter may seem like just another instalment in that fine old Hollywood stable of  White Guy Boxing Movies but this one is a little different. Based on the true story of junior welterweight boxer Mickey Ward, The Fighter is less about the man himself or how he conquers the boxing world and is more about how he must re-organise his support team of managers and trainers to reach his full potential.  I never felt at the end of the movie that Micky Ward had improved his own boxing technique by any significant measure.  He’s just better organised and no longer having to fight people twice his size due to crummy management.

Although Micky Ward is the supposed star of the show, he is constantly shushed and overshadowed by his overbearing family.  He hardly gets a word in.  The two dominant alphas in the family are his half-brother Dicky and his mother Alice.  Dicky is a former boxer whose claim to fame is that he once knocked down boxing legend Sugar Ray Leonard in a fight.  Dicky is now well past his prime and is the focus of an ESPN documentary on crack addiction.  A camera crew follow him around at his crack den.  Dicky seems oblivious to this and tells everyone the documentary is actually charting his come back.  He also serves as Mickey’s trainer and although he has a keen eye for boxing technique, he is rubbish at his job.  His addiction causes him to turn up late for training and causes his behaviour to be highly erratic.

Micky’s mother Alice serves as his manager.  She dominates Micky into subservience just as she does with her other eight children.  She surrounds herself with an army of daughters who all have amazingly puffy haircuts and seemingly no jobs or boyfriends or any better place to be.  We don’t really get the sense that Alice is genuinely interested in seeing Micky succeed.  It appears that Alice would prefer to be in control at the helm of a failed boxer rather than to see her own son do well without her.

The catalyst for change in Micky’s life comes when he meets a barmaid named Charlene.  Charlene is strong, deals with obnoxious people day-to-day at her work and is perfectly equiped to walk into the lions den and deal with Micky’s oppresive family.  Probably moreso than he is.  She is also very pragmatic and recognizes that Micky’s talent is going to waste under Alice’s tutelage.  A mismatched fight in Vegas between Micky and a much bigger fighter is the last straw.  Charlene confronts Alice and implores her to give Micky his independence.

From here the movie is a bit of blur.  Even though I only watched it a couple of nights ago, I still can’t quite reconcile how everything gets resolved.  There’s some yelling, some hair pulling and then before you know it, the family is happily sitting together at ringside cheering Micky on.

The Fighter is a pretty decent boxing flick but its sorta strange just how much Christian Bale and Melissa Leo overshadow Mark Wahlberg, apparently by design.  Wahlberg isn’t acting badly, the role just calls for him to be sit there slightly bemused while his girlfriend and mother yell at each other.

Apparently Wahlberg knows Micky Ward and has been preparing for this movie for four years.  Four years!  That’s a long time to spend working on your physique with Micky Ward and Manny Paquiao only to spend most of the movie wearing a shirt and watching your two supporting actors pick up an Oscar for their respective performances.

In many ways, the movie left me more curious to watch a candid Making Of feature.  What does Micky’s family think of this portrayal of their mother and daughters?  Was Dicky really comfortable to be shown as an absent father who had violent outbursts in front of his young boy?

Previous: Cargo
Next: Water For Elephants by Sara Gruen 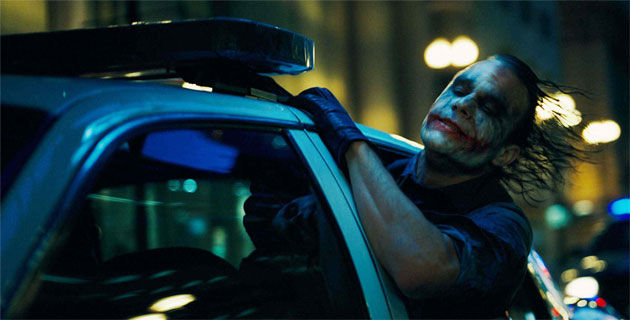