Don't Miss
Home > Blog > A Day At the Holden Raceway

A Day At the Holden Raceway

I’ve worked at the same company for seven years now and one of the things that never gets old is the occasional opportunity that pops up to do something out of the ordinary.  I’ve been set on fire at a stunt school, had a chance to mingle with Formula One drivers, worked out with a trainer from The Biggest Loser and today, I was given an opportunity to spend a day at Holden’s practise course where I got to ride in a V8 Supercar tearing around the circuit at 250 kph with championship winning driver Jamie Whincup.  For good measure he also joined us for some laps around a go-karting circuit where he proceeded to thrash us mercilessly and literally ran my brother-in-law off the track.  To be fair, Dom had it coming.

It was an awesome day out and I gained a newfound appreciation for what these guys do.  I’m not really keen on motorsports but the concentration and skill required to race these cars around the track and high speed for dozens of laps is impressive. 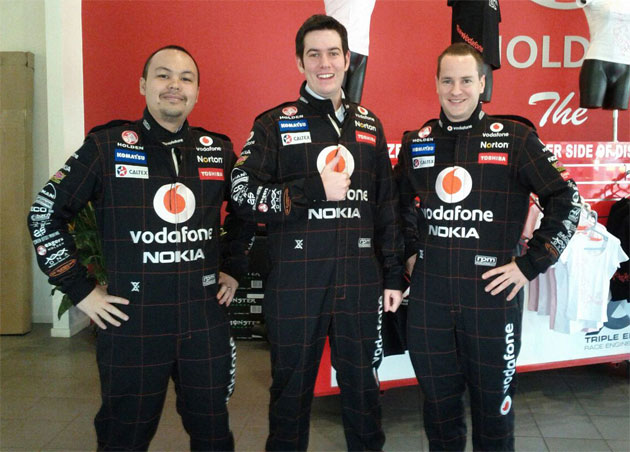 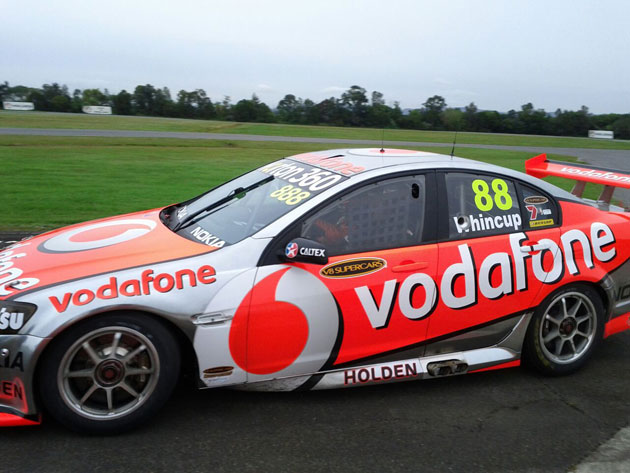 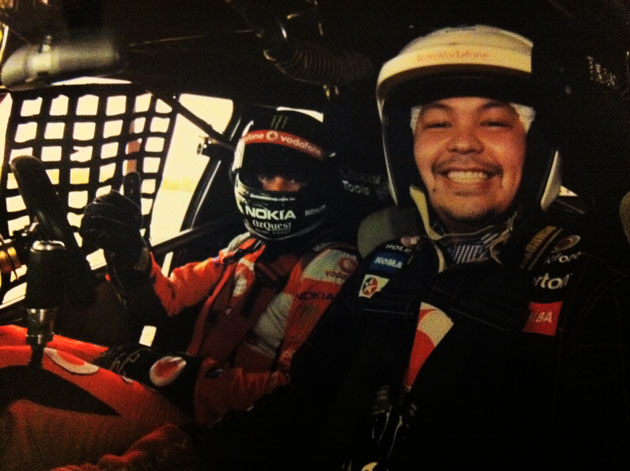