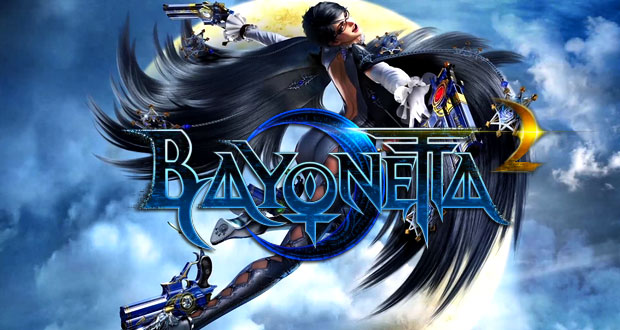 In the modern day video game landscape, there are few announcements of exclusive games that have the capacity to shock and surprise.  Generally, the importance of third party exclusives has been watered down as the major titles like Grand Theft Auto, Assassin’s Creed and Call of Duty are freely available across multiple systems.  One game announcement that bucked the trend away from exclusivity was the news that Bayonetta 2 was in development and would only be available on the Nintendo Wii U.

Most people thought the odds of getting a sequel to the critically acclaimed but commercially disappointing Bayonetta was a long shot in of itself.  And if few people expected the game to find a publisher, even fewer still would have thought that the publisher willing to front up the financial support would be Nintendo considering that the original game was never released on the Wii and the game’s edgy content is rather at odds with Nintendo’s family friendly image.  There was plenty of wailing and gnashing of teeth online as fans of the original begged, pleaded and petitioned for the game to come to a Microsoft or Sony platform.

If it was a bitter pill to swallow for fans of the series who don’t own a Wii U before the game’s launch, it would get even worse in October last year.  Bayonetta is a game that matches the lofty heights of the original and rightly received a ton of praise and Game of the Year awards, scooping the Best Of The Year honours for Edge Magazine, Destructoid, NeoGaf and more. 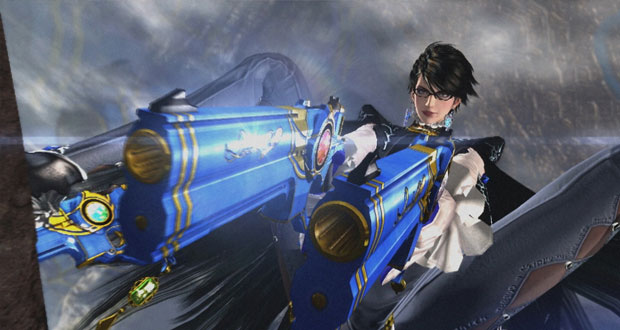 For the uninitiated, Bayonetta and its sequel are action adventure games starring the eponymous Umbran witch Bayonetta – a leggy, hyper-sexualized super hero who wears gun stilettos and sports magical hair that can come to life as a weapon of mass destruction.  Bayonetta has a swagger and bravado about her demeanour that mark an instant impression on the player.  The games are somewhat divisive for their content as the camera lens does have a leery Male Gaze about it that focuses rather gratuitously on her body.  The game also delves a fair bit into cheap sexual innuendo with its dialogue.  Having said that, Bayonetta is also one of the most charismatic, bad ass women in the medium of video games and she isn’t one for suffering fools gladly.  She makes short work of men who underestimate her.

If the presentation of the Bayonetta character is somewhat polarizing, the same can’t be said for the playability of the games themselves which are universally lauded as some of the best in the history of the genre.  Bayonetta 2 sticks pretty closely to the formula of the original game and this is no bad thing.

The combat in Bayonetta 2 is wildly varied and visually spectacular.  It’s a pleasure to watch the crisp animations as Bayonetta transitions from unloading her dual barettas into a hapless demon ogre and then seamlessly moves into a flurry of fists and boots to finish off the imps and wild dogs surrounding her.  The game has an old school beat ’em up heritage that harkens back to the likes of Ninja Gaiden where an emphasis is placed on combos and nailing your timing between attack and defence.  The game implements this using ‘witch time’, a Matrix inspired slow-mo mode that is unlocked when the player successfully dodges an attack (rather than blocking it) at the last possible moment.  It sounds like a simple concept on paper but its a large part of what makes Bayonetta so fun to play and sets it apart from its contemporaries.  The risk-reward system of witch time coupled with the general ebb and flow of the game’s combat makes for a heady combination.  Once you get your head around the combat mechanics and begin to uncover its depth and flexibility, it absolutely transforms the experience into one of those games where you enter a zone of concentration and immense satisfaction.

The quality of the combat mechanics coupled with the spectacle of the Bayonetta universe are what make this an action game for the ages.  To set the scene, consider the game’s prologue where we start with Bayonetta in New York walking around a high street shopping precinct.  A barrage of demon spawn spring a surprise attack on Bayonetta and within minutes, she finds herself standing on the back of a fighter jet plane in mid air, battling minions of the underworld.  Once dispatched, Bayonetta then fights a dragon beast the size of the Chrysler building.  After landing the killer blow, she flips, lands back on terra firma and throws out a cheesy one liner to show that she’s non-plussed and cool as ever.  Phew.  It’s no exaggeration to say that the opening scene in Bayonetta 2 probably has a greater sense of size and spectacle than most games’ final stages.

Bayonetta 2 is a game that starts in fifth gear and maintains the rage for a full fifteen hour story mode.  The game is packed with additional content including outfits, unlockable moves, new missions, a New Game+ mode and extra Making Of content.  Not unlike the combat, Bayonetta 2 has design blueprints of a game designed from the Playstation 2 era, before DLC, patches and micro-transactions became the norm.  The whole package is absolutely sublime and given that the Wii U game currently comes bundled with the original Bayonetta at no extra cost, provides considerable bang for its buck.

Bayonetta 2 is an iterative improvement upon the original Bayonetta but together they are so far ahead of the pack and provide such a satisfying experience that you can’t begrudge Platinum Games for sticking with a winning formula.  These two games are to the Action Adventure genre as Super Mario Galaxy 1 & 2 are to 3D platformers – near perfect and utterly peerless.