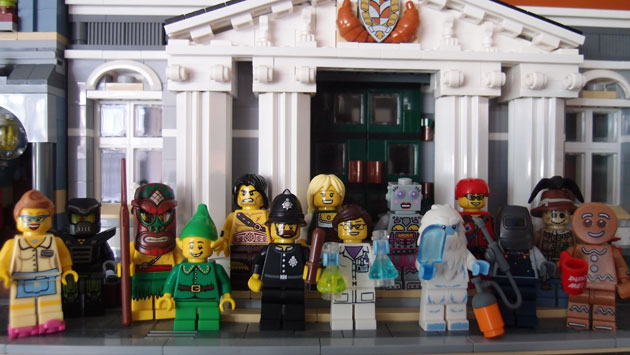 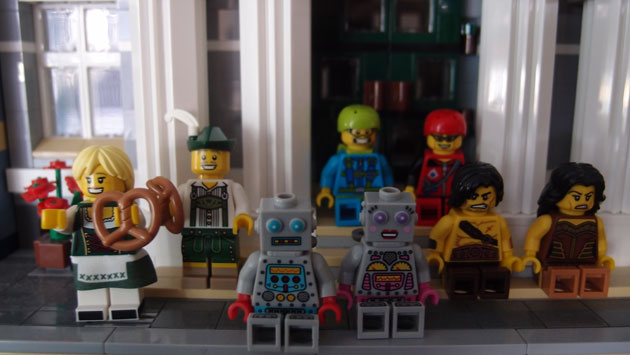 The Lego Minifigs Series 11 came out about a month ago.  Using the time honoured ‘bag-feeling’ method, Jen and I have picked up 14 out of 16 characters so far.  We’re still missing Grandma and Blues Brother.  We’ve been pretty successful with our blind buys so far – we haven’t bought a single duplicate in the entire series.

I have to say, this has probably been one of the more creatively uninteresting releases from Lego in the Minifig range.  Up to now, each new series has had a pretty good mix of entirely new characters and characters that compliment the theme of past releases.

Series 11 feels like the Mortal Kombat 3 of the Minifig collection.  There is a hell of a lot of palate swapping in there.  So we get a female robot who is made from the same mold as Mr Robot, German Preztel Lady to compliment lederhosen guy, gladiator lady to pair up with gladiator dude and a rock climber who is a colour swap of the skydiver guy.

The best new characters in this series are Female Scientist and the Police Constable.

The Female Scientist is a welcome progression for Lego who are a tad conservative with how they choose to represent their ladyfigs.  They’ve rightfully copped some flack in the past for some pretty dated gender stereotypes that they roll out.  Plenty of female minifigs in Legoland are waitresses, bar maids or slathered in pink and purple colours.  Scientist Lady on the other hand looks cool as hell and is a character that Lego have never done before.

As for the Police Constable I love that classic British police officer look from classic movies.  The handlebar moustache, that truncheon in his hand.  I can just imagine him rocking up and saying “what’s all this then?”

Series 11 isn’t the worst collection in the series but its probably one of the most boring.  Hopefully Lego ramp up the ambition in the next set.  If they’re having to release too many palette swapped characters because of the cost of new molds, I’d happily see them slow down from their current run rate of releasing a new set every 4-5 months.

Previous: Urbane
Next: I haven’t blogged in a while