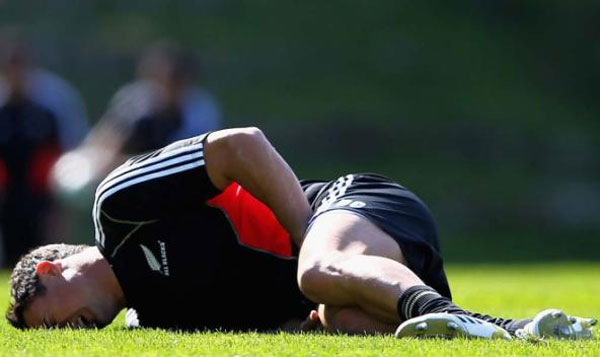 This completely rubbish World Cup continued in the same fashion as it did in the last few weeks.  Scotland lost in the final minutes to England after leading the whole game, Australia beat Russia but conceded 22 points and lost Drew Mitchell for the rest of the tournament.  Even the form teams that were expected to give the All Blacks a run for their money like South Africa were struggling to beat Samoa.  It looks like it should be a comfortable stroll home for the All Blacks to pick up the William Web Ellis trophy.

That is until this morning where the world woke up to the news that Dan Carter pulled his groin during training for the game against Canada and has been ruled out of the rest of the tournament.  This one set of torn gonads might well tip the balance of the World Cup in the Wallabies favour.

UPDATE: The quarter finals are now locked in.

The way that things have worked out, there will be a North/South divide for the knockout stage of the competition.