The Skin I Live In

Maybe I’m just getting conservative at the ripe old age of 29 but how is it that The Skin I Live In, a Spanish film from director Pedro Almodavar, is not talked about in wider circles as being one of the strangest and creepiest films since Oldboy?  I mean its not exactly like the film is flying under the radar.  It’s got Antonio Banderas in it and its a film thats up for an Oscar.  And yet when I settled down to watch this film, I had no idea what I was in for.  The feedback from reviews and preview screenings seem to range from ‘meh’ to ‘pretty good’.  No one seemed to share my reaction of ‘this is absolutely bonkers.  I don’t even. What the hell is this?‘

Most of my pre-screening impressions were formed on that awesome title and this excellent poster.  I like how it gives you a hint of whats to come and looks like it could be a low budget sci-fi film with Banderas as a mad scientist (well, he sort of is).

This is a film where its really difficult to review and assess without spoiling the storyline so here’s the deal:  If you even have the slightest inclination to watch the film, don’t read below the text beneath the poster.  Come back afterwards. 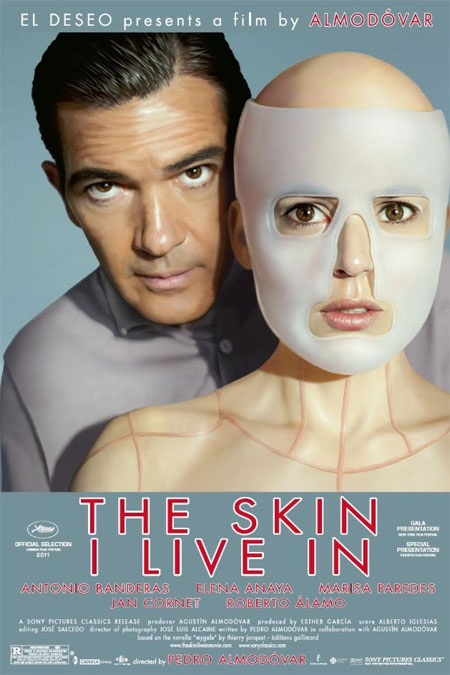 So lets cut to the chase.

The film is about a plastic surgeon Robert Ledgard (Antonio Banderas) whose wife is horrible disfigured from the flames of a serious car accident.  She slowly recovers but is kept sheltered from her appearance.  One day, hearing the sound of her daughter singing in the courtyard, she approaches the window of her bedroom and catches a glimpse of herself in the reflection.  She cries out at the sight of her own disfigured appearance and commits suicide.

This deeply disturbs her daughter who requires psychiatric treatment afterwards.  She grows up as a socially abnormal teenager, unused to interacting with people her own age.  Eventually the daughter is allowed out to a party where she meets a teenage boy Vicente.  They sneak out to a garden and when Vicente makes sexual advances, Robert’s daughter panics and is unable to deal with the situation.  Vicente freaks out, strikes the girl and runs away.  Robert rushes to his daughters aid and decides to get his revenge on Vicente for sexually assaulting his daughter.

He kidnaps Vicente and gives him a vaginoplasty.

Thats probably a strange enough turn of events for most films.  Not so with The Skin I Live In.  Vicente is then continuously operated on until he takes on the resemblance of Robert’s deceased wife.  Then Robert keeps him in captivity.  Not long afterwards, a man dressed as tiger breaks into the house.  He is the son of Robert’s caretaker and unbeknownst to either of them, they are actually half brothers.  The man dressed as a tiger rapes Vicente (now named Vera) before Robert returns home, discovers what has happened and shoots him dead.  Then Robert starts having sex with Vera because she looks like his dead wife but of course Vera is actually Victente the teenage boy who sexually assaulted his daughter.

Vera shoots Robert dead after they have sex and escapes.

There you have it.  A film to rival Old Boy for its twisted content.

It sounds ridiculous and it is.  But I’m convinced that there exists a niche audience who can find some appreciation for this film.  Its a preposterous tale but one thats clearly told by someone that has an eye for both artistic flair and a sense of macabre.  It’s not shot as an exploitation film and has some particularly interesting imagery – Banderas makes for an intriguing plastic surgeon channelling Doctor Frankenstein.

I’d be lying if I said I had one iota of comprehension for what motivates any of the characters to do what they do but the way the tale unfolds slowly and takes one startling turn of events after another, I must admit it held my attention right to the very end.

The Skin I Live In is a curious film that is not for everyone.  But I’m glad I saw it without knowing anything about it beforehand which is how I hope most people will view it.  It’s a film about horrible things happening to crazy people but its shot through the lens of someone who finds a peculiar beauty in it all. 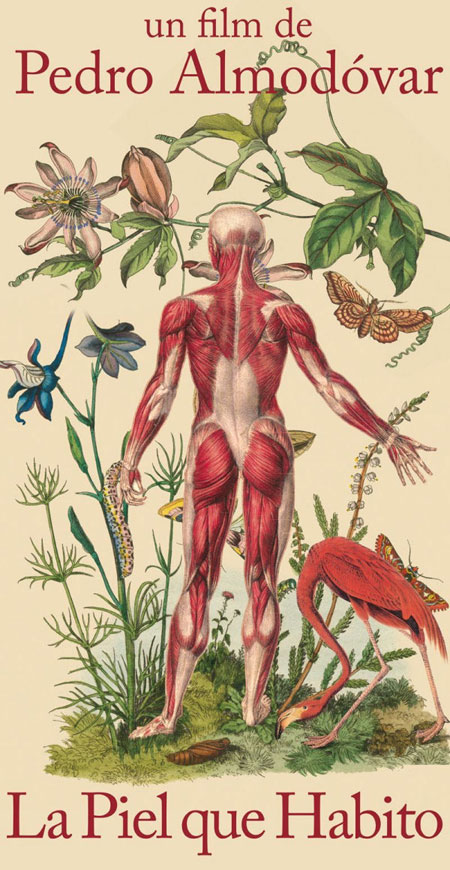 The Skin I Live In

Summary : A memorably weird and creepy film. The less you know going in, the better.