As you can probably tell from the increasing volume of Lego-related blog posts, an impulse purchase of a Lego naval ship in February last year has gradually turned into a full blown hobby.  More weekends than not, I’m spending Sunday afternoon with Jen and Sarah building something.

Without realising it, I’ve become one of millions of lapsed Lego fans who’ve been drawn back into the fold many, many years after their childhood.  It’s a stunning turn around for the Danish based company The Lego Group who were nearing bankruptcy in 2004 after nearly sixty years of business.  At the time, the product range was completely out of touch with its audience.  Beyond a popular range of Star Wars Lego, the rest of the company’s product suite was dead in the water.  Kids were not interested in the tired looking sets that Lego were offering, choosing video games and other forms of entertainment over plastic building blocks.

To the company’s credit, they were able to pull off a complete a remarkable reversal of fortune as they overhauled their internal culture and began reaching out to fans who were more than happy to offer feedback.  Today, Lego is thriving and in 2011 posted a positively Doctor Evil-esque profit margin of one billion dollars.  The keys to their success were having an open and honest dialogue with what their fanbase was asking for and hiring hobbyist builders who in the mid Noughties were building more interesting creations than what Lego had in the market.

Today, Lego feels like their entertaining a new Golden Age and if you’re any kind of nerd, there is almost definitely a licensed product that will appeal to you (Marvel, DC, Star Wars, The Lord of the Rings, Pirates of the Carribean are all catered for) and their range of more complex and high end products like the Volkswagen T1 Camper Van and the Modular Building series are finding a big audience amongst adults.

With the modular buildings, they are all designed to interconnect with one another so not only do you get to build an awesome looking stand alone building that has about 2,000 to 3,000 pieces but then it gradually turns into a giant street which can then be populated with figures from my Lego Minifig collection.

What I like about the Pet Shop is how understated it is in its design.  While its fun to build Fire Stations and I like how ostentacious the Grand Emporium is, it makes the collective set of buildings look more ‘natural’ to have a few regular looking buildings in there too which is exactly what the Pet Shop is.  It’s actually two buildings.  You get an adjoining town house also.

I think the Fire Brigade is still the best of the modulars.  It has a fantastic looking exterior and the interior is full of detail.  The Pet Shop is actually rather bland inside.  Two of the floors in the town house are nearly empty by comparison.  So if you only ever intended to get one modular building then the Fire Brigade is the way to go.  But if you’re like me and get sucked into collecting these things, then The Pet Shop is easy to recommend and a fine addition to the modular building range. 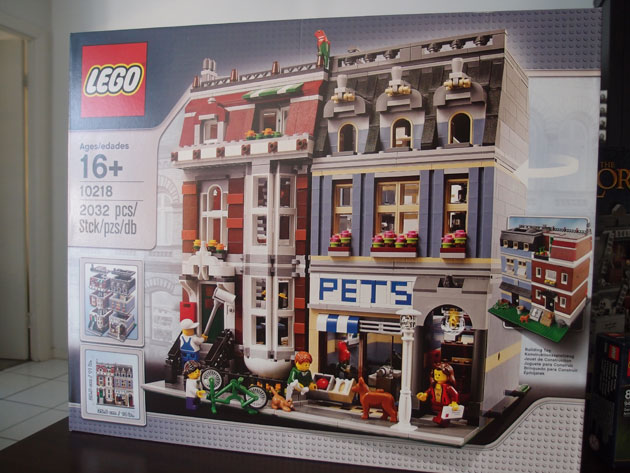 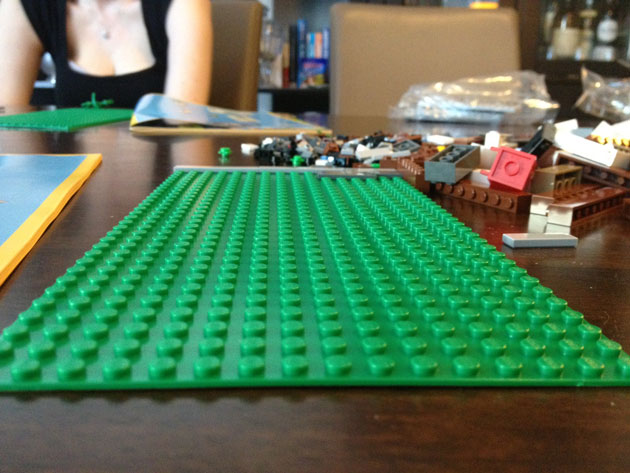 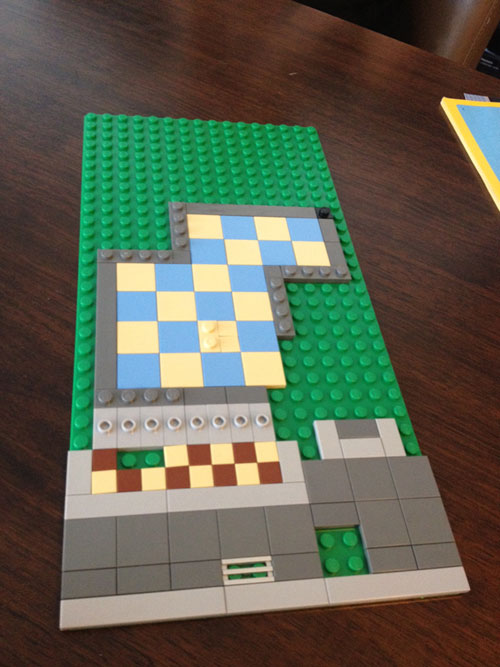 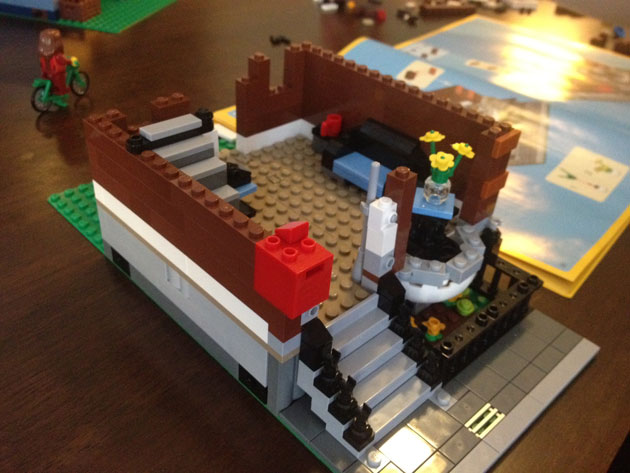 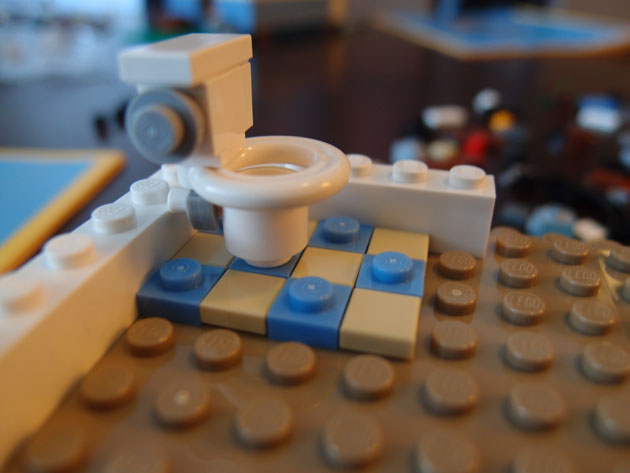 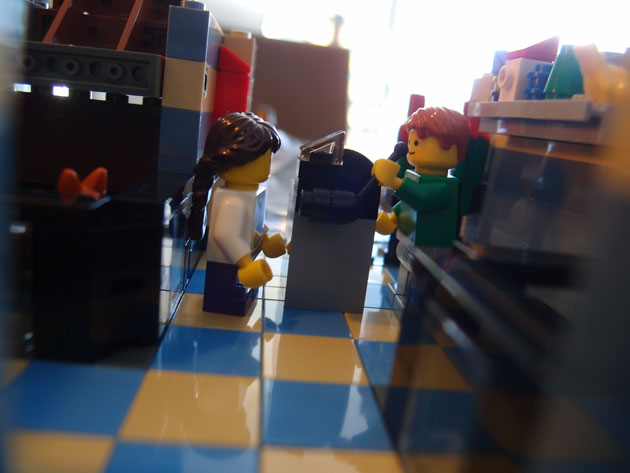 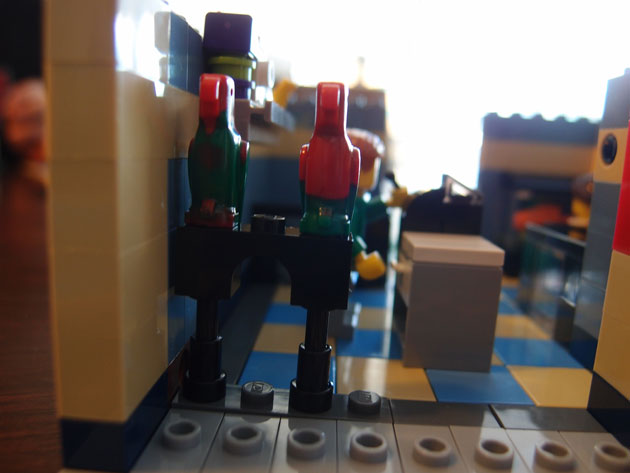 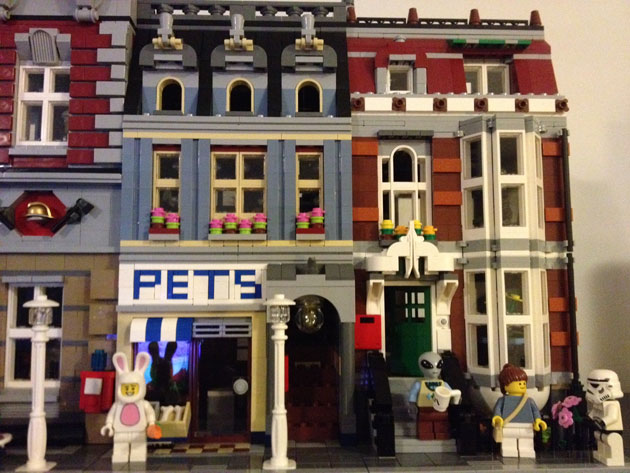 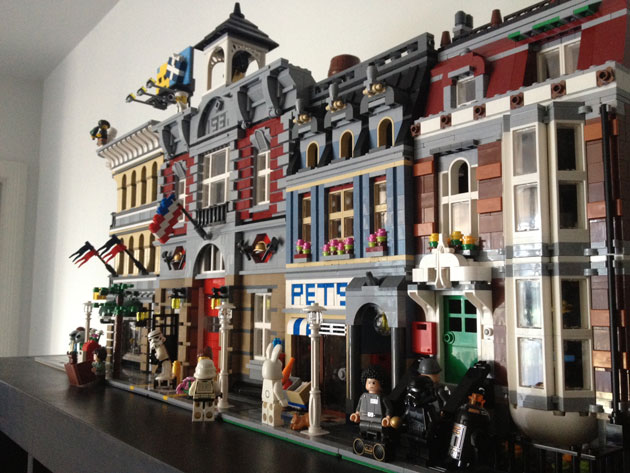 At this stage, there’s only one modular building left to get – the mighty Town Hall.  There are three other buildings that Lego have released in the series (Cafe Corner, Green Grocer, Market Street) but they are all out of print and sell online for about $700+ each.