When this season is all said and done, maybe we’ll look back on the Roar and decide that it wasn’t former captain Matt McKay that the team missed the most.  Or goal scoring machines Kosta Barbarouses or Juan Carlos Solozarno.  Maybe it was the defenders Milan Susak and Luke Devere.

I can barely remember the last time we had a comfortable win.  It was over ten rounds ago.  We haven’t had a clean sheet in eleven games, a club record.  And we have conceded the first goal in ten out of the last eleven games.  So the weird thing is that even though we have spent the entire season in the top three, I feel like we have spent something like eighty percent of the time watching the team being a goal down.

There was a sense of deja vu when the Roar played the ninth placed Newcastle Jets at home.  They conceded a simple goal early.  And didn’t come back.  They can’t always pull off the miracle comebacks like they did against Sydney or the demolition job they did on Adelaide.  We just lost 1-0 at home to a rubbish team.

Sometimes, the best thing to do is laugh it off and go have a couple of beers on Caxton Street.  We’re not going to win the Plate but hopefully we’ll get it together for the finals. 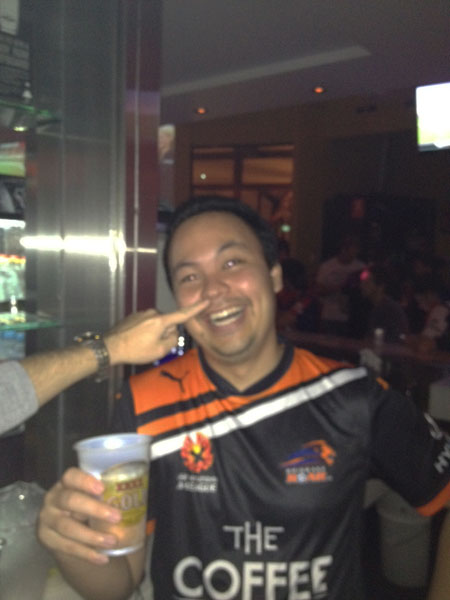