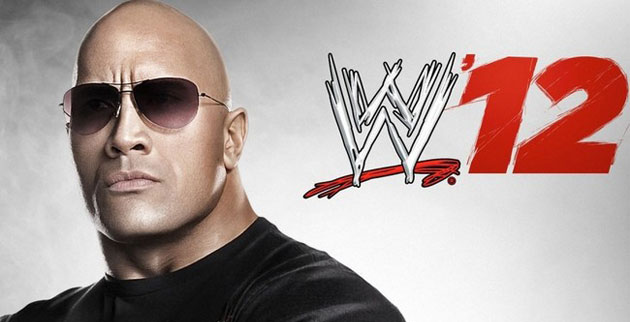 When I unlocked my first achievement in WWE ’12, I started scanning through my Xbox Live account to have a look at the achievement lists of previous WWE games.  It was only then that I realised that I hadn’t played a single wrestling game on any of the current generation of consoles.  This means it’s probably been about eight years since I last played one.

I have very fond memories of the old Smackdown games on the original Playstation.  They coincided with the peak in wrestling popularity and came with fantastically accessible multiplayer modes.  Back in high school, it’d be easy to find a few like-minded friends, bust out a multitap, and play a six man steel cage match.  Typically the participants would be Stone Cold Steve Austin, The Rock, Triple H and some custom wrestlers (one with the fattest possible body shape, one with the skinniest possible body shape and one guy who would have green skin).  Those were good times.

Twelve years on from the original Smackdown game, the same developer Yukes has re-branded the games with a similar naming convention to EA Sports titles.  Instead of Smackdown, we now have the imaginatively titled WWE ’12.

My initial impressions of the game were one of surprise at how similarly it controlled to the Playstation games.  There’s a button for punching/kicking, one for grappling moves, a run button and a bunch of taunts.  That’s pretty much it.  Oh, and blocking is this strangely haphazard system that only half works but I think thats by design.  Since the block button is so unresponsive, it means that one wrestler can actually gather some momentum and put together a string of moves like a ‘real’ match.  I remember the first Smackdown game on the Playstation 2 had a really broken countering system that just turned every match into a never ending string of reversals.  Perhaps this was the only compromise they could come up with?

After I familiarized myself with a few exhibition matches, I began to tinker with the creation mode and then quickly remembered another aspect to these games that I had previously forgotten:  wrestling fans are really OCD and want to be able to tinker with absolutely every minute detail.  I remember reading old IGN interviews with the developers and the questions from the readers would ask questions like whether they would include animations for The Rock so that he would carry the belt in his hand rather than wearing it around his waist.  With wrestling games, its all about satisfying the fans obsession for detail.

The creation mode in WWE ’12 is daunting.  It’s the end product of twelve years of catering to these super-obsessive fans.  You can create wrestlers and move around a custom mole on their custom face that has a custom shaded pair of eyebrows and a custom goatee.  You can make custom belts for your custom wrestler to wrestle in his custom arena with custom designed ring entrances.  When creating a wrestler, there are roughly 1,004 different moves to chose from, including several different variants of the arm bar.  And once you’ve made your custom wrestler you can now create your own episode of RAW, Smackdown or pay per view.  As in, you can not only create the matches, but you can also determine if there will be a run-in, what the backstage segments will be and what feuds will develop.  It’s a game that’s designed for Rain Man if he was a wrestling fan.

To be absolutely honest, there is no way in hell I can be bothered with any of this.  However, I admire Yukes’ commitment to providing this sort of product for its fan base.  I think its worth noting that this franchise is an incredible piece of fan service and is a great example of how you can make a video game based on a tv show, something that I feel is an untapped market in the gaming industry.  When I play through the story mode, it feels really close to what you see on television because they literally replicate the intro theme, the same camera angles and the same type of storylines.  It’s fantastic.  I would to see this type of treatment given to other tv shows.

Take Survivor for example.  I think Survivor has a big enough fan base to warrant a decent video game adaptation.  And the very nature of Survivor‘s challenges and social interaction makes it a reasonable candidate for being turned into a video game.  Hell, you could add all the famous contestants like Russell Hantz and Boston Rob as players you could compete against or play as.

Survivor got made into a game once (as far as I know) and it was a budget title for the Wii.  That game felt like it was made by people who never watched the show and didn’t attempt to replicate any of the title credits, camera angles or format of the show.  The challenges were unlike anything from the game.  It might seem silly to be disappointed that the Survivor game wasn’t any good but I genuinely was.  I almost wouldn’t care if the gameplay was repetitive or simplistic if they had at least gotten ‘the feel’ of the show right.

WWE ’12 is probably the best tv show adaptation into a video game.  And it’s probably at least as popular as those cheap (but effectively made) Who Wants To Be A Millionaire? and Deal Or No Deal games on iPhones which are very simple but still effectively replicate their respective tv shows in an interactive fashion.

Truth to be told, the gameplay in WWE ’12 is a bit simplistic and after playing through the story mode, it all feels rather samey.  But it doesn’t really matter that much.  As long as you can quickly build up your momentum meter and hit a Stone Cold stunner or smack some dude in the face with a chair, does it really matter?  As gameplay goes, there is little depth to WWE ’12.  What it makes up for in spades, is attention to detail and replicating the soap opera of professional wrestling.  I don’t really know what prompted me to get this game after an eight year lull but it gave me the fix I was looking for.  It’s an interactive version of the tv show.  Nothing more, nothing less.

It was me Austin! It was me all along!

Summary : It replicates the experience of watching WWE pretty impressively but holy cow is that aging ingame engine showing its age.