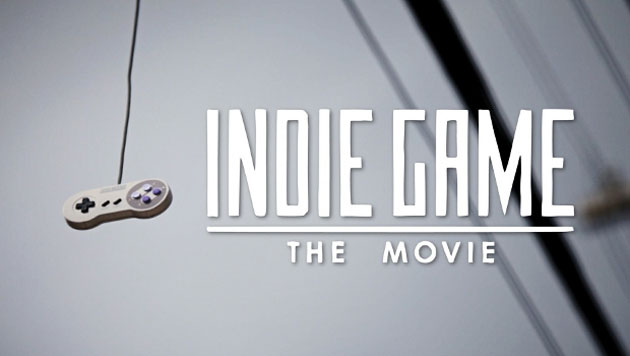 Although the video game industry has come a long way and nowadays it rivals music and film in terms of popularity and cultural relevance, we continue to know very little about the people behind the games and how they make them.

A handful of video game creators have attained a measure of stardom, the most obvious being Nintendo’s Shigeru Miyamoto, but we have precious little insight into how he takes an initial concept and develops it through to the final product.  I remember reading old video game magazines and for the longest time, Nintendo were very guarded about what they did during the development stage of their games.  For a large company to have existed for so long and brought joy to so many people, they remain secretive like a real life Willy Wonka factory.

Indie Game, the debut documentary from Lisanne Pajot and James Swirsky takes a look at a handful of developers from the other end of the spectrum – the indie game developer.

One of the most important developments of the current generation of game consoles is the creation of digital marketplaces which allow for small-time developers to reach a wider audience without having to take the gamble of committing to an expensive publishing deal.  Although all three major console manufacturers have an online storefront, it has been Microsoft who have embraced this concept the most and in Indie Game, the developers put the lens on the creators of Fez, Super Meat Boy and Braid.

The documentary was shot in the middle of 2011 so during this span of time Jonathan Blow had already attained his critical and commercial success from Braid, Tommy Refenes and Edmund McMillen were on the cusp of releasing Super Meat Boy and poor old Phil Fish didn’t even have a release date for Fez.

As a documentary, Indie Game doesn’t particularly concern itself with the creative process behind how these men made their games.  It’s a bit of a shame since all three are excellent and show a maturity and sophistication with their concepts and designs that are a cut above many mainstream studios that have multi-million dollar budgets and staff numbering in the hundreds.

Instead we get to learn about these developers as people and just how much of themselves they invest into their games.  For Jonathan Blow, the film rather cheekily acknowledges that he had so much time on his hands after the release of his ground breaking independent title Braid that he would frequently pop up in many online messageboard discussions of his own game to chime in with his two cents.  In his interview segments, Blow comes across as fiercely intelligent, articulate and more than a little aloof.

We don’t learn an awful lot about Jonathan Blow.  Phil Fish, the creator of Fez, and the programming duo Edmund and Tommy who made Super Meat Boy, are the everymen who take centre stage in Indie Movie.

Phil Fish has been working on Fez for over four years but is now feeling the pressure of a lengthy development cycle.  The game initially garnered favourable press and plenty of attention when it first debuted four years ago but now there is mounting online speculation that the game is vapourware, doomed never to be released.

Since 2008, Phil has fallen out with his development partner and is soldiering on, trying to finish the game with a new publisher and hoping that the litigation with his former partner doesn’t stall the release of the game.  He admits the game not only cost him his relationship with his development partner but also his relationship with a former girlfriend.  At this stage, Fish was worked on the game for so long he says he’s not even sure if its any good.  He’s an interesting character.  He seems very intensely and emotinally fragile.  There are times where he beams with pride when talking about his work but then minutes later he can become incredibly despondant when talking about his failed partnership.

Edmund and Tommy are childhood friends who worked on Super Meat Boy together.  Edmund is a homebody who lives with his wife in a modest home and Tommy is a reclusive introvert who lives with his parents.  Both are walking stereotypes of what I imagine an indie game developer to be – nerdy, with an inexhaustible supply of black t-shirts and addicted to caffeine.

For me, Edmund and Tommy have the most compelling story in Indie Game.  Stung by the dreadful economic climate in America, Edmund’s parents can’t afford to complete the roofing on their home and Tommy doesn’t appear to have a penny to his name.  For them, Super Meat Boy is not just the proud culmination of a creative project that they have worked on for years but it is an opportunity to break out of America’s tough working class conditions.  I wish the documentary actually lingered a little longer on this pair.  In 2012 we know that Super Meat Boy went on to be a million seller and by the metrics explained in the documentary, Edmund and Tommy effectively became overnight multimillionaires.  What did they do?  How did they handle this success?  We never get to find out.

Indie Game pulls the curtain back and tells us a little about the people who made some of Xbox Live Arcade’s biggest hits.  I hope Indie Game is the project that opens the doors in future for other game development documentaries.  The few opportunities we get to see the video game production process is typically in premium edition releases of games that include five minute puff pieces where everyone is polite and talks about how smoothly the whole thing went.

For me, I’m fascinated about whats going on at the moment at Team Ico, who made two video game classics in Ico and Shadow of the Colossus but have spent six years struggling to finish their follow up title The Last Guardian.  I’d love to see how Valve operates, where the net worth of the average employee is greater than Apple and the company apparently exists without any corporate hierarchy and everyone is equal.  What happened at Team Bondi who spent nearly seven years making L.A Noire, who eventually sold several million copies of the game but went bust just four months later?

Indie Game is a great insight into video game development.  It leaves me wanting to see and learn more.

Summary : A great concept for a documentary that provides some terrific insight into the creative process for making video games. 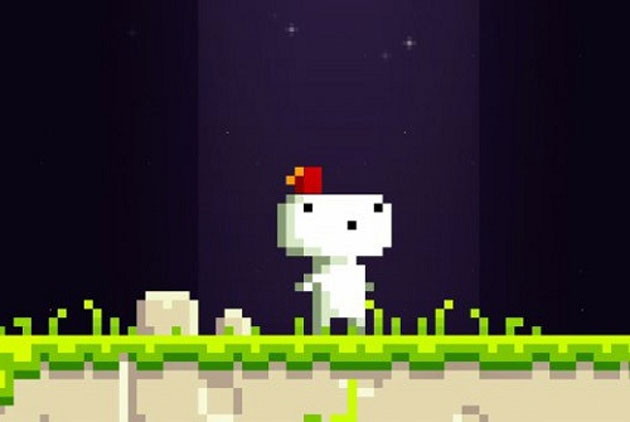