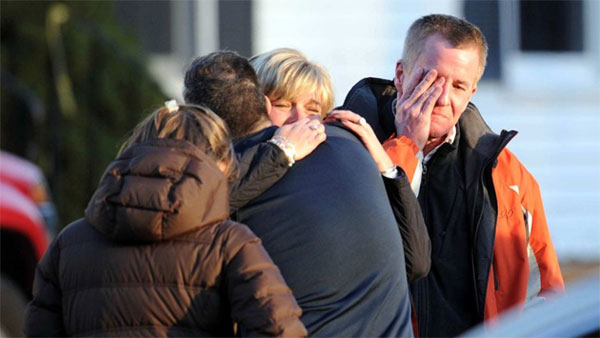 I haven’t watched Glee since the first season of the show but I jump in for a once off viewing of the Sandy Hook school shooting inspired episode “Shooting Star“.  As a child of the Eighties I remember when television shows seldom tackled mature subject matter like drug use or gun violence and if they did, it was treated as a ‘special episode’.  For Glee, a show notable for its generally sweet and saccharine tone, Sandy Hook might seem like an ill-fit and an unexpected direction to take the show.  However, its not entirely out of character nor is it necessarily a recipe for disaster.  The show has had timely episodes before about bullying and teen suicide.  For a mainstream American program, it also has some progressive representations of gay and transgender characters.  So how would it handle a school shooting episode and what message would it have to offer?

In short, it was an uncomfortable and a politically toothless mess.  The episode begins not unlike any other.  Brittany sings a song to her cat Lord Tubbington.  Mr Schuster seems to be in an ‘on-again’ phase with his girlfriend Ms Pillsbury.  There’s a couple of new characters I don’t recognize.  Becky is concerned for her future after she graduates.  Two gunshots are heard and the school goes into lockdown.

From here, the episode is shot and edited differently to reflect the enormity of what is happening.  The kids in the choir room sit pressed up against the wall and talk in whispers to one another.  There are handheld shots used here and it is edited in such a way to give the look and feel of a documentary.  The kids anticipate that they may be killed and record videos giving tearful goodbyes to their parents.

After an agonizing wait, the all clear is given.

Unbelievably, the final ten minutes of the episode completely dodges any sort of meaningful commentary on gun control, bullying or school shootings.  It is revealed to be a fake out.  There was no shooting.  Someone brought a gun into the school (with an explanation that I don’t buy whatsoever) and it was accidentally dropped on the floor, discharging a round.  What the hell is the point of purposefully evoking Sandy Hook and the very real massacre of 20 children, only to give us such a cowardly ending?  It’s like making a film about a plane crashing into the World Trade Center but we find out that it was because the pilot dozed off!  To publicize and make a play for ratings by raising the specter of the Newtown shooting without having the stones to condemn America’s outrageously deficient gun laws is seriously weak writing and reeks of exploitation.

Television can be a medium for exploring tragic real life events and offering fresh insight or perspective.  Consider the South Park stem cell episode or The West Wing and their 9/11 episode Isaac & Ishmael.  But this wasn’t a patch on either of those shows.  Not by a long shot.  It reminded the audience of a real life tragedy and then compartmentalized that into a box where none of the surrounding issues or questions are raised or discussed.  Shameful.

Survivor: Caramoan – “Cut Off The Head Of The Snake” & “Zipping Over The Cuckoo’s Nest” 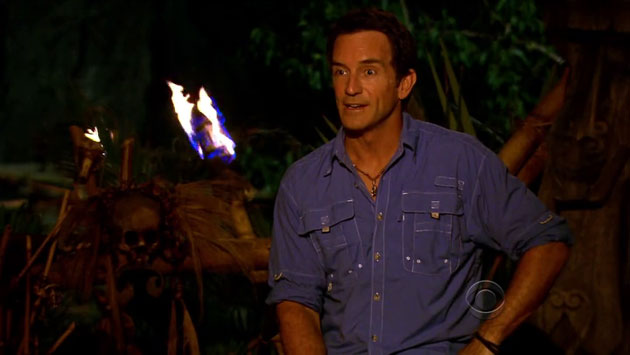 contains spoilers for Episodes 9 and 10

Survivor: Caramoan continues to build nicely to its conclusion in the post-merge game with two absolutely fantastic episodes in back to back weeks.  “Cut Off The Head Of The Snake” and “Zipping Over The Cuckoo’s Nest” were both fantastic exhibitions of the evolution of the game of Survivor and actually makes a good case for the ongoing return of former players, something that is generally not considered a popular idea with regular viewers.  A lot of the nuances in the strategies employed by Phillip, Malcolm and even Erik were lessons born out of experience.

At this stage of the game, there is a large Favourite alliance that is lead by Phillip and has inherited one Fan in the form of Sherri.  The remaining fans are the two boys left from the ill-fated Beautiful People alliance (Reynold and Eddie), Michael and a barely concealed partnership with Malcolm, a Favourite who felt he was at the bottom of his pecking order amongst his original alliance.

What has unfolded over these two episodes has been a fantastic game of political brinksmanship.  The Fans alliance is large in numbers but their leader Phillip is largely unpopular and is most likely tolerated by his team because he is a useful goat to take to the finals.  The team is general is pretty terrible in challenges and has some wildcards in the emotionally volatile Dawn and the unpopular Andrea who remains on the fringes of the group.

The tribal council for “Cut Off The Head…” was notable for some deft deflecting from Phillip Shepard who may be better at the game than we give him credit for.  Without explicitly stating his case, he forced Malcolm to come out and admit his alliance with the Beautiful People.  Malcolm dramatically demanded that Reynold give him his immunity idol.  Reynold complied but it was for naught as the Favourites voted out Michael.

The following week on “Zipping Over…“, the episode once again ended in dramatic fashion when the Bro-Down alliance of Malcolm, Eddie and Reynold revealed that they were all immune from voting at the start of tribal council.  This forced the Favourites to openly turn on one another as they had to scramble and work out who was going home.  It was a brilliant play from Malcolm and sets the stage for the Fan alliance to combust next week.  With no real alpha player winning all the challenges and the majority alliance looking fragile, it looks like we’re in for a fun conclusion to Survivor: Caramoan. 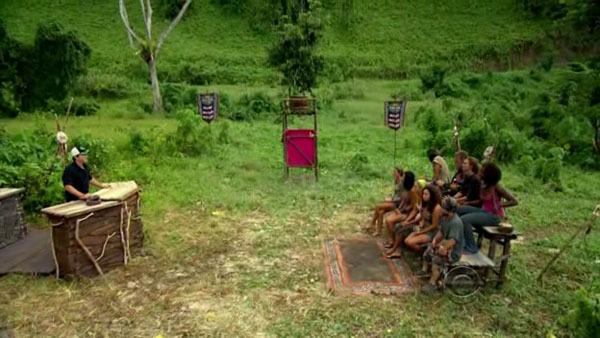 TV Show Round Up: Survivor: Fans vs Goats