Don't Miss
Home > Blog > TV Show Round Up: Top of the Lake

TV Show Round Up: Top of the Lake 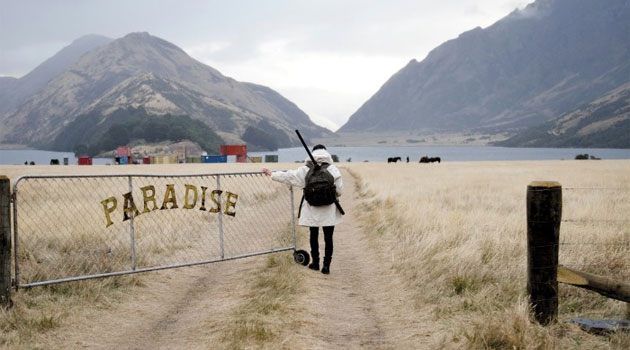 Top of the Lake

Top of the Lake is a fantastic mini-series co-produced by BBC Two and UKTV in Australia and New Zealand.  It casts a host of talented actors from all three countries and pits them in a wonderfully weird and ethereal thriller.

Elisabeth Moss plays Robin Griffin, a Sydney based detective who returns to her hometown in New Zealand to visit her ailing mother.  She is unexpectedly called into work when the local secondary school identifies that Tui Mitcham, the daughter of local drug runner Matt Mitcham, is pregnant at the age of 12.  Tui is interviewed by the police and declines to identify her assailant.  Not long after, she disappears.  To complicate matters further, a dead real estate agent is discovered in the nearby lake and a cabal of eccentric women create a makeshift shanty town where they are lead by the mysterious and possibly clairvoyant GJ.

Top of the Lake is a show about tenacious and embattled women who live in a cruel and oppressive patriarchal society.  Robin Griffin, the detective investigating Tui’s disappearance, is the protagonist and we learn about the town of Paradise through her eyes.  Robin starts out well intentioned and pragmatic unlike her indifferent male co-workers but she has her own demons and revisiting her hometown brings these repressed memories to the fore in ways that she isn’t ready to cope with.  Her mother Jude observes: “You can be very hard. And what I don’t like is that you think it’s strength.”

The show is filled with interesting, colourful characters.  Matt Mitcham is a terrifying alpha-male in the town who treats his two adult children like rottweilers who he can set upon anyone who dares stand up to him.  He seems ruthless and remorseless when we first meet him and yet he seems genuinely saddened about his daughter’s disappearance.  GJ, played by Holly Hunter, is a hilariously entertaining leader of the women’s shelter.  She is revered as a leader and guide for these wayward women but mostly, she seems to attain this all-knowing position by being brutally frank and honest in assessing people’s lives.  Her short and sharp put downs are some of the best lines of dialogue in the show.

There is a lot to like about Top of the Lake.  It has a fantastic tragi-comic and otherworldly quality to it thanks to the beautiful landscape and the eccentric cast of drunkards, drug addicts and battered women that populate it.  They stumble around wearing a stupefied gaze throughout most of the show.  Sometimes, actually maybe a lot of the time, without wearing any clothes.

Clocking in at a paltry seven episodes, Top of the Lake doesn’t overstay its welcome and actually breaks into a sprint in its final two episodes as a genuine thriller that throws some twists and action sequences at the viewer.  It can perhaps best be described as Silence of the Lambs set in New Zealand.  If you’re familiar with the content of Jane Campion’s previous films, you might have an idea of what awaits.  It’s a show with smart writing, great acting and wonderful imagery.  Recommended.

Tagged with: Jane Campion Top of the Lake

Previous: Life Itself by Roger Ebert
Next: Bioshock Infinite