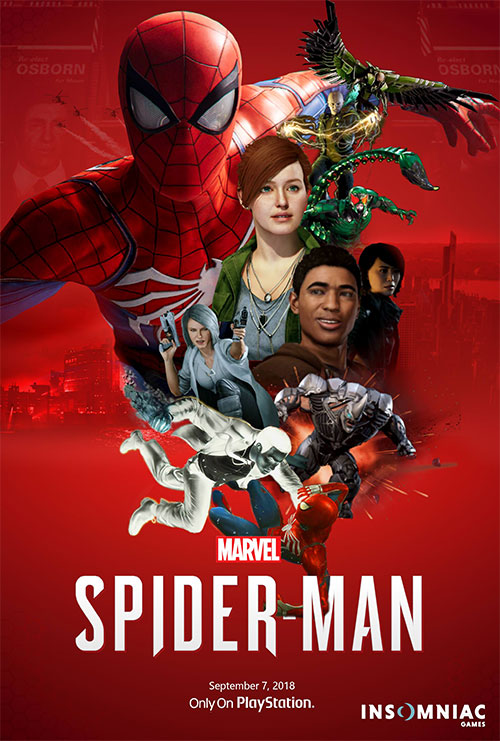 The video game industry is the biggest form of entertainment in the world.  It generates more money than the film industry, music industry or publishing industry by some margin.  And yet its crazy to think that despite the vast sums of money currently being made by game publishers, they have generally failed to capitalize on some of the biggest pop culture licenses in the world, despite the demand for it.  The Marvel Cinematic Universe has been rolling for over ten years now but we don’t have big budget action game adaptations of the Avengers or Guardians of the Galaxy.  Since the return of Star Wars, all we’ve seen are two lousy multiplayer games from EA that have mostly made headlines for how they try to leech money off the player.  And to date, we still don’t have a big budget open-world game set in the Harry Potter universe which would surely be a recipe for making millions, if not billions.

The arrival of Insomniac Games’ Spider-man game is a giant first step towards popularising the Marvel franchise in an interactive format.  It has been a monumental sales success, selling over three million units in its first week and is currently on track to being the best selling game of the year.

This is far from being the first Spider-man video game so what has made Insomniac’s iteration so popular? 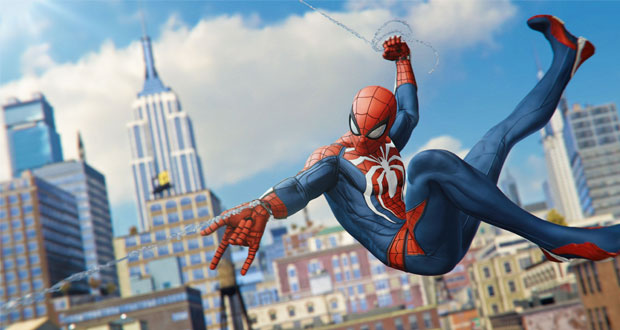 In short, it’s all about the swing.

I don’t know how long the development team put into making the swinging in Spider-man feel right.  Was it a hundred hours?  Was it a thousand?  Whatever it was, the investment has paid off handsomely.  Insomniac have brought to life a brightly lit and faithfully reconstructed digital version of Manhattan which the player can explore at their leisure by swinging around from high rise to high rise.  You want to swing over to the Empire State Building?  No problem.  Did you want to wall-crawl up the side of the World Trade Center building or see the view from the top of the Avengers headquarters?  You absolutely can.

After playing several hours of the game, I came to really appreciate just how well designed the swinging is.  Everything about the player movement is crafted to be as smooth and seamless as possible.  Although Manhattan is full of flagpoles, cranes, lamp posts and water towers, the game discreetly guides the players traversal so you don’t get caught on them when travelling at high speed.  It’s almost impossible to get snagged when swinging.  This is so important to building the sense of fluidity to Spidey’s movement which subsequently heightens the player enjoyment when navigating the environment.

I also think it was a smart move to map a wall-dashing manoeuvre onto the same button as the web swinging (R2) so if a player does swing into the side of a high rise, they can bound towards the roof top and leap off it in a single movement.  The game works hard to make you look like the super hero you want to be.

Lastly, despite the design focus on fluidity, the swinging never feels mindless.  As a point of comparison, when I think of the parkour movement in the Assassin’s Creed series, it has always felt too simple for me.  You hold down a single button and press forward and the game does everything for you to navigate the avatar through the environment.  In Spider-man, R2 is the button to swing through the environment but the player maintains plenty of control over the arc and trajectory of Spider-man’s swing and you can also launch yourself off landmarks by hitting L2+R2 and there are even options to do small-scale Tony Hawk styled flips and somersaults.  In other words, the swinging is easy to learn but there is enough player agency to feel like you’re genuinely controlling whats happening on screen.

For those reasons, Spider-man is probably the first open world game in nearly ten years where I almost never chose to use the fast-travel option.  I never tired of swinging around that city. 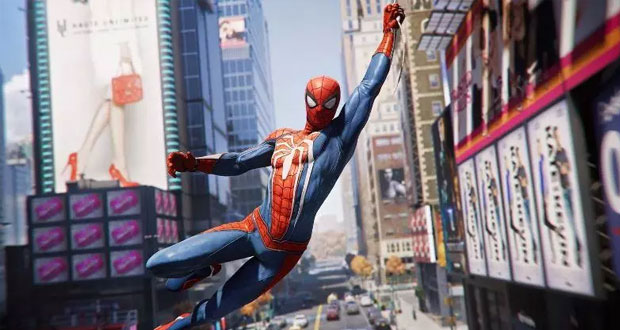 There’s so much I liked about the design of Spider-man.  It bucks the trend of most open world games today by having a more compact experience.  Instead of a sprawling map of the Five Boroughs, the game is only set in Manhattan.  Instead of having a gazillion repetitive side quests which most people won’t bother to play, it has a modest amount, usually only requiring 3-5 collectable items in a single district.  What’s interesting to note is that Spider-man has one of the highest, if not the highest Platinum Trophy completion rates of any big budget game on Playstation.  I think it reflects positively on Insomniac’s decision to scale the game in the way that they did.

And let’s look at those collectables and side quests for a second.  Insomniac have made an experience that drew me back to Crackdown [2007] on the Xbox 360.  In Crackdown, you collected orbs which you could see on the horizon as they emitted pillars of light.  Collecting orbs and leaping around the city in Crackdown was arguably more entertaining than the main story-line itself.  Spider-man has a similar set up where you swing around the city and by clicking the R3 button, you can see collectable backpacks, police frequency towers, pigeons, enemy hideouts, you name it.  But crucially, most of the narrative surrounding the side content is relayed to the player by audio (in the form of Spider-man receiving a phone call through a headpiece) so it doesn’t interrupt the swinging and movement.  Only a tiny handful of side missions involve sitting through a cutscene and reading lines of text from an NPC.  Most of the time, you’re on the go, collecting backpacks and clearing out enemy hideouts on the way to the next main story mission.  I think most players will be unlocking a new collectable every minute or two (this is probably as short as every thirty seconds when you first start).  I really appreciated how much Spider-man respected my time in this way. 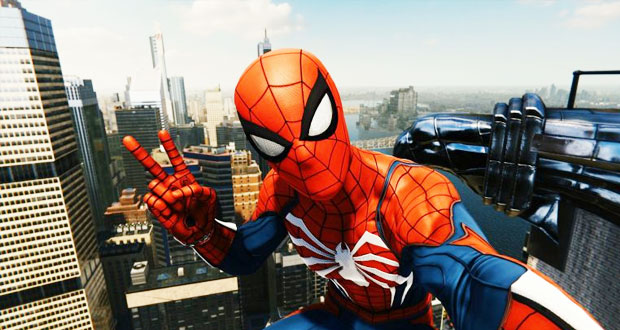 As for the combat, it borrows pretty liberally from the style popularized in Rocksteady’s Batman Arkham games which is no bad thing.  I think it emulates what we see Spider-man do in the comics and films pretty effectively.

All of this is packaged together in one of the slickest super hero games to date.  The graphics on the Playstation Pro look absolutely stunning and the orchestral score is exhilerating.  The story told in Spider-man absolutely nails the essence of Stan Lee’s original series, as Peter Parker struggles to balance his time and attention between fighting crime, his relationship with Mary Jane and being a good nephew to Aunt May.  Not only that, the game also includes a decent subplot involving Miles Morales, the heir apparent to the Spidey mantle.  I really appreciated that the game avoided retelling his origin story and actually explored some new villains.  Having said that, with the monumental success of this game, I do look forward to future iterations that could potentially feature the likes of the Green Goblin and Venom.

Marvel’s Spider-man is a sensational game.  It is Insomniac Studio’s finest game to date and is just reward for a studio that has produced some decent games in recent years that haven’t received the recognition they deserve.

It also has me excited that other development studios will see the success of Spider-man and will encourage Marvel to bring some of their other properties to life in video game form.  I’m sure everyone has their favourites they’d like to see first.  Me?  I want a Black Panther game that lets me explore Wakanda.  A Thor game that lets me traverse Asgard.  A Guardians of the Galaxy that plays like Mass Effect.  Who’s going to step up to the plate?

Summary : Quite literally one of the best super hero games ever made and certainly the best video game adaptation of Spider-man. Insomniac have nailed it.

Previous: A Star Is Born
Next: The Haunting of Hill House