A couple of weekends ago, we had a friendly game of football between my department at work (Lead Gen) and our rival sales team.

I nominated myself to play in the centre of defence, as the all-important central pillar that the team could build their strategy around.  I explained to everyone that in Brunei people would call me The Rock when I played football because even though we had a keeper that had a nasty habit of letting in some soft goals, I was always there to cover for him.  I needed to buy some new boots since this would be my first game of football in eleven years but my trusty Aberdeen FC 1996 top was good to go.

One of the wives of the players brought along a fancy SLR camera to capture some moments from the game.  I was a little bit disappointed because despite the high quality images, she somehow managed to miss any shots of me running, tackling or doing anything at all.  In every single photo I am standing completely still and looking exhausted, which I assure you was not an accurate representation of how I played.

In the end, Lead Gen United ran out convincing 8-4 winners over Business Outbound and are officially recognised as the office champions.  We’ll see how long this lasts however as Small/Medium Business Sales have challenged us to a game which will take place next Friday.

It feels good to get back into playing football.  I’m thinking of joining a club when footy season starts again. 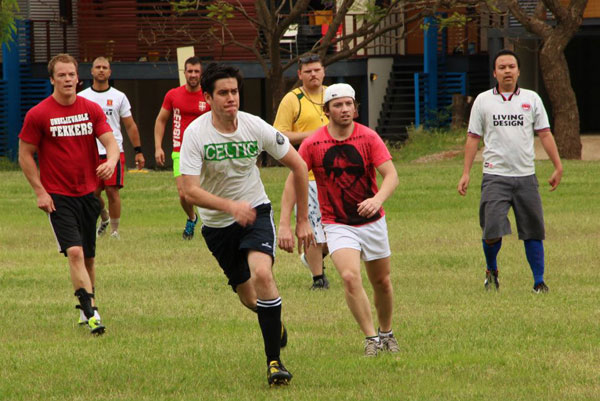 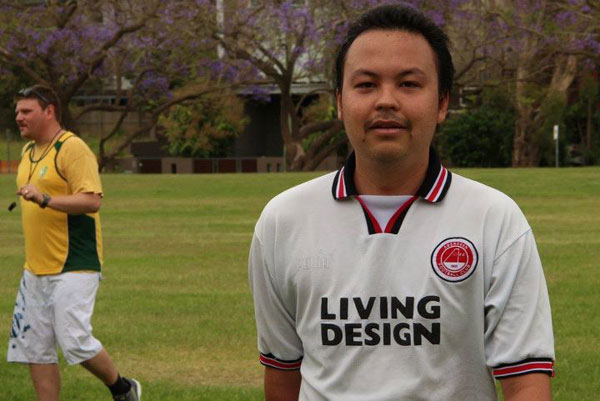 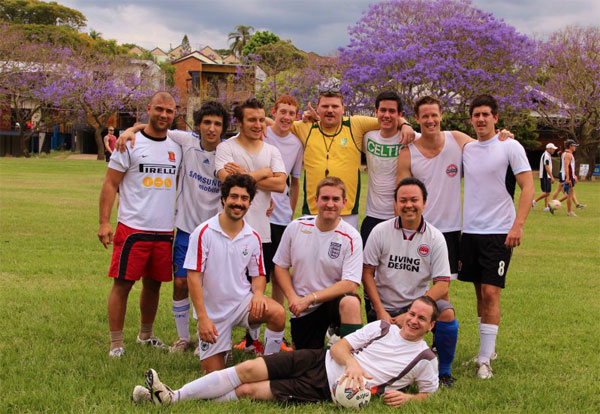 Previous: The Mexican Christmas Party
Next: A-League 2011/12 – Round Eight – The Streak