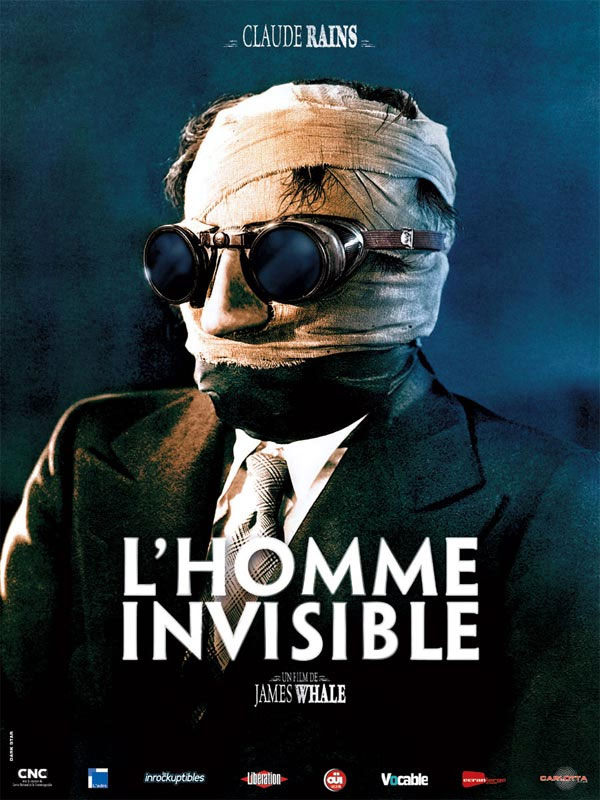 I only recently got around to watching all of the Universal Horror films of the 1930s and 40s and although I have a soft spot for the entire collection, far and away my favourite film of the lot is James Whale’s The Invisible Man starring Claude Rains.  The Invisible Man is actually Rains’ first feature role and although he is obviously unseen for almost the entire film, he puts in a memorably unhinged voice acting performance and would subsequently go on to have a distinguished acting career.

In R.C Sheriff’s adaption of H.G Wells’ famous novel, The Invisible Man is Jack Griffin, a brilliant and ambitious scientist who accidentally turns himself invisible when he uses an experimental serum on himself.  Not only does Griffin turn invisible, he also becomes criminally insane. 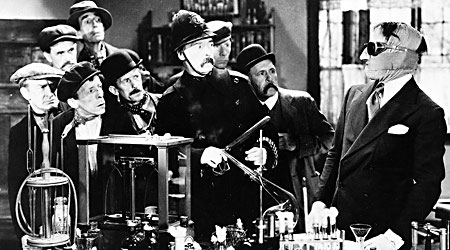 Griffin braves a snowstorm and holes himself up in The Lion’s Head Inn in the small country town of Iping, renting a room for a month so he can work on curing himself.  Griffin attempts to hide his condition by wearing a trench coat and covering himself in bandages, as if he were a burn victim.  Who knows if Griffin would be able to compose himself and find a cure but his appearance piques the curiousity of the local townfolk in the inn who cannot help themselves and continue to pry in Griffin’s room, hoping to catch a glimpse of the man behind the bandages.

Griffin also has a love interest, Flora, who is played by Gloria Stewart, the old lady from Titanic who unbelievably, only died three years ago.  Griffin is one chill dude because he had struck up a romantic relationship with Flora despite her being the daughter of his employer.  Griffin has a romantic rival in Doctor Kemp who also loves Flora but she is only attracted to bad asses like Griffin and doesn’t give Kemp a second look.  Kemp, Flora and Flora’s dad Doctor Cranley are all concerned about Griffin’s whereabouts and they make his disappearance known to the police.

The constant badgering from the rubes in The Lion’s Head Inn and the manhunt from the police eventually drives Griffin completely mad and he goes on an invisible crime spree, gleefully robbing and murdering whilst cackling at the top of his lungs.  Organizing a massive manhunt, the police eventually close in on Griffin who is determined to murder Kemp and make contact with Flora one last time before he gets taken down. 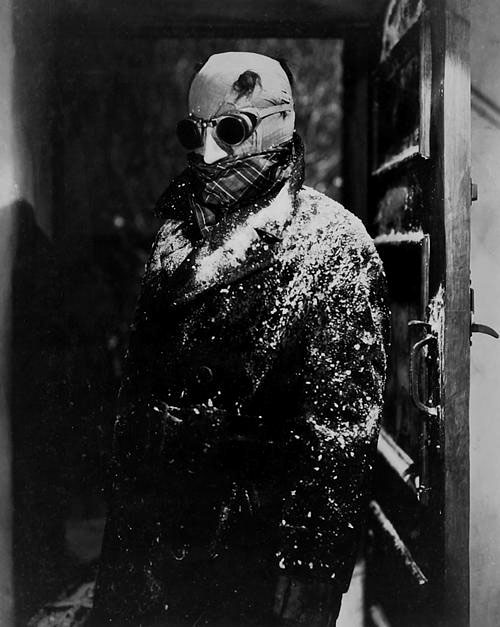 I love The Invisible Man.  I think I’ve watched this film a dozen times and I always find something new to appreciate.  The special effects are a sight to behold.  Imagine if you will, the prospect of making a film about an invisible character in 1933.  This obviously predates stop-motion technology or any computer aided effects.  And yet Whales and his effects team are creative enough to make scenes where Griffin unbandages himself and appears as a collared shirt, floating in thin air!  The scene where Griffin dashes out of the pub, knocking over a cluster of people and an entire bartop of drinks is a fantastic cinematic moment of organized chaos.  I am constantly amazed at the visual challenges that Whales sets for himself.  It is no small feat to have an invisible man ride a bicycle, break a shop window and lift a man who he is strangling within the technical constraints of 1930s film-making.

The cast is also superb and not just Claude Rains.  I learned from film historian Rudy Belhmer’s DVD commentary that most of the supporting cast were picked from Broadway and what can I say, they are a wonderful collection of character actors that really help bring the film to life.  There’s the classic moustachioed police constable who says ‘whats all this then’, a hilariously brow beaten pub owner and his melodramatic wife who shrieks and screams constantly.  When Universal were producing these horror films, they really spared no expense in hiring some of the best available actors and it really shows.  The Universal Horror collection has aged shockingly well off the back of these timeless performances. 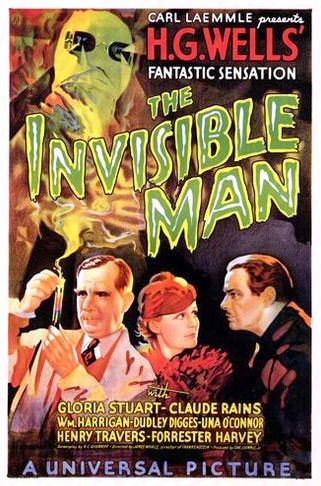 The very notion of invisibility and the potential abuse of power that can come with it is a potent and intriguing concept.  It’s why every ten years or so, someone new tries to make another ‘invisible man’ film.  Most of them are terrible.  A few of them are okay.  Only one is truly great.  Claude Rains’ performance as Jack Griffin is a fantastic because he’s maniacal, treacherous and dangerous but he is also equal parts charismatic, dashing and likable because he is so confident and single minded with his convictions.  When Griffin goes on his rampage and cuts down the lazy, dim-witted police captain and his wimpy romantic rival Kemp, I’m sure I’m not the only one cheering him on.

I only recently got around to watching all of the Universal Horror films of the 1930s and 40s and although I have a soft spot for the entire collection, far and away my favourite film of the lot is James Whale’s The Invisible Man starring Claude Rains.  The Invisible Man is actually Rains’ first feature … 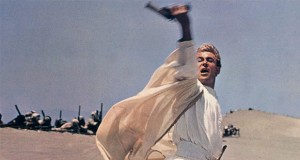