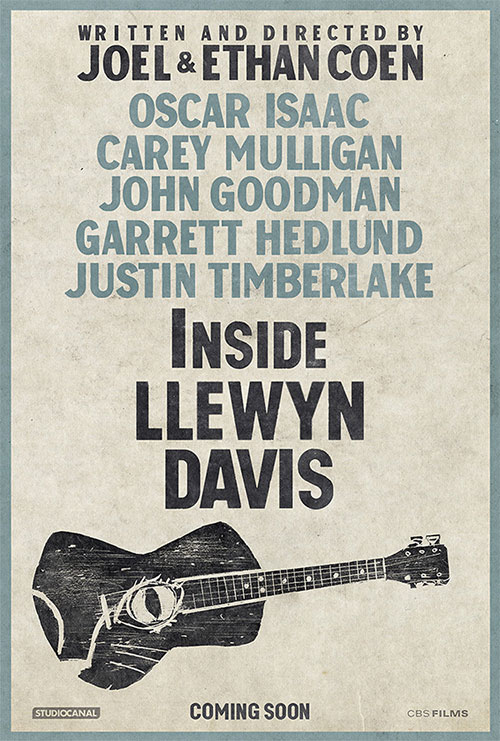 Ah, the tortuous life of an aspiring folk musician.

It’s 1961 and Llewyn Davis is a part of the Sixties folk music scene in New York’s Greenwich Village, where a young Bob Dylan will soon make a name for himself.

Llewyn plays songs at the Gaslight Cafe in front of a cluster of appreciative coffee sipping, chain smoking beatniks.  This is his life.

Not much goes Llewyn’s way.  His musical partner Mike committed suicide by jumping off the George Washington Bridge, his new album Inside Llewyn Davis isn’t making money and he is homeless.

Llewyn spends his days drifting from couch to couch, relying on the charity and goodwill of his long suffering friends Jean and the Gorfeins.  You sense that Llewyn has been living this life for some time.  He isn’t even particularly polite or appreciative when asking for a place to stay anymore.  Mostly he is just indignant. 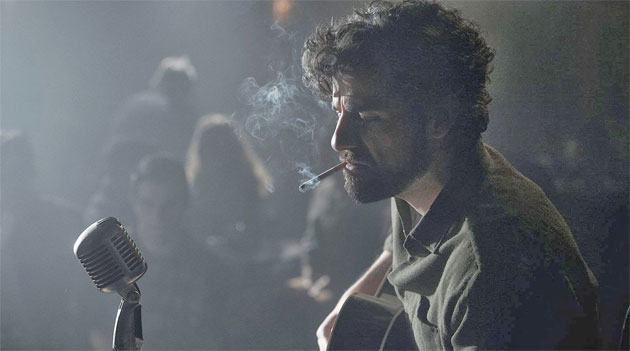 Llewyn is a perpetual ne’er-do-well, cut from the same cloth as other Coen Brothers creations such as Jerry Lundegaard in Fargo and Ed Crane in The Man Who Wasn’t There.  He seems to be perpetually stuck in a Catch 22 with love and money.  Opportunities come and invariable they go.

Llewyn lucks out and is invited to record a commercially successful pop song but he foolishly signs away his rights to receive royalties in exchange for a quick buck.

The woman Llewyn loves loathes him and regrets their one night stand together.  But he learns that his ex-girlfriend Diane who never enters his thoughts, tricked him into thinking she had an abortion and actually birthed their child in secret.

Llewyn is inspired to strike out for the big time when he realizes a gormless half-witted military officer has secured a lucrative contract with producer Bud Grossman in Chicago.  Llewyn goes a road trip to the Windy City to see if he can track down Bud and make himself a star.

Inside Llewyn Davis is a beautifully droll, laconic and soulful film.  The Sixties folk music setting is the perfect environment for the Coen Brother’s inimitable style and characterization.  All the peripheral characters in this film – the Gorfeins, Johnny Five, Pappi the barkeep – are memorably quirky and full of strange idiosyncracies that mesh with the over-arching mood of the film. 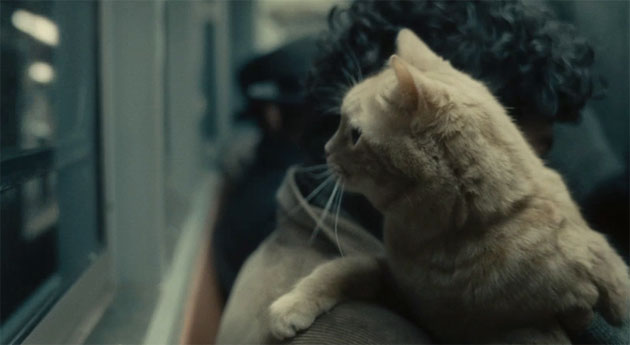 In Oscar Isaac, the Coens have uncovered a fantastic talent.  As an actor, Isaac effectively portrays Llewyn as the brash, acerbic, long-suffering musician that he is.  When called upon, he can also carry a tune and he delivers several soulful folk song renditions throughout the film.  Inside Llewyn Davis is my favourite kind of of Coen Brothers film.  It has a very particular tone and pace, is funny and morose in equal measures, and in Llewyn Davis, has a protagonist who you sense the Coens have a genuine fondness for.

Previous: David and Goliath by Malcolm Gladwell
Next: Esquire 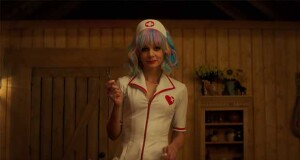