TFW Book Club: The Girl With The Dragon Tattoo by Stieg Larsson 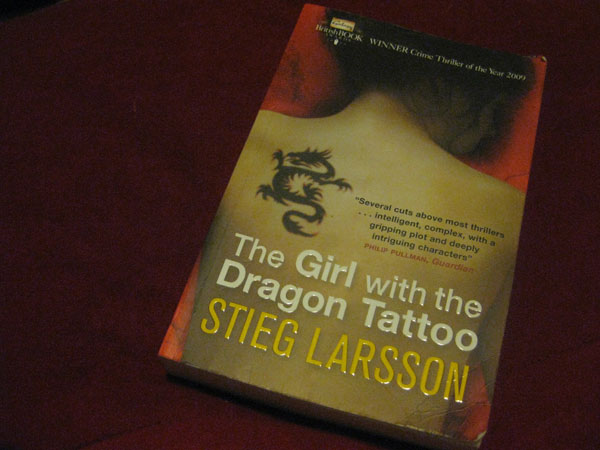 The Girl With The Dragon Tattoo written by The Stieg

Stieg Larsson was a first time author who had worked previously as a journalist who was commited to fighting the rise of Nazism in Sweden.  He wrote a trilogy of books in his spare time, handed in his manuscripts to a publisher and then died.  The books went onto to become bestsellers and the inner sleeve of The Girl With The Dragon Tattoo tells me he was the second highest selling author of 2008.  Larsson never lived to see how popular his books would become.

The Girl With The Dragon Tattoo is about a mystery surrounding the Swedish Vanger family, who own and operate an ailing corporate empire.  Henrik Vanger, 82 and not getting any younger, hires the services of a disgraced journalist, Mikael Blomkvist, to solve the mysterious disappearance of his niece Harriet four decades earlier.  No body was found but Vanger suspects foul play.  Not only that, the killer appears to be taunting Vanger by sending him a flower every year on Harriet’s birthday.  To complicate things further, a young free-lance investigator named Lisbeth Salander is herself attempting to uncover just why Blomkvist, a once reputable journalist, allowed himself to be successfully sued for libel when he published an article accusing industrialist Hans-Erik Wennerstrom of corruption with apparently no evidence to back up his claims.

TGWTDT really appealed to my inner Agatha Christie loving self.  Its a tried and true formula:  The mystery is established to the reader in a matter of pages and then you are left to follow Blomkvist and Salander around a remote Swedish village, as they attempt to solve the case.  Progression in the case is slow and dripfed with several red herrings.  A lot of the developments are driven through intuition and psychology rather than hunting for physical clues.  If it all sounds a little twee, don’t worry.  It isn’t.  The literal translation of the book’s Swedish title is Men Who Hate Women.  Despite its scenic setting in a sleepy coastal town, The Girl With The Dragon Tattoo is a very gritty with lots of violence, much of it directed at women.

Larsson really seems to be project himself into the character of Mikael Blomkvist.  They are both journalists, of a similar age and social standing.  Both are heavily commited to  fighting social injustice and corruption.  Larsson also seems to live viccariously through Blomkvist and indulges in a bit of wish fulfillment.  Blomkvist has sex with several women in the book rather effortlessly:  its always the women that come on to him and they are all after commitment-free sex.  At times he has multiple girls on the go and they don’t seem to mind each other’s company either.  Sometimes, I felt this was a bit too much but maybe its just how they roll in Europe.  Just a lot of hot women-folk charging around having sex with average looking dudes.

As the first book in a trilogy, its easy to see why TGWTDT became so popular.  The central characters are very likable but Larsson is careful not to play his hand entirely and retains a certain mystique about them.  The mystery is conclusive and self contained, yet the ending will leave you wanting more of the characters.  Clocking in at five hundred pages, the story has both plenty of depth but still has a writing style that is very easy to plough through.

I really dug TGWTDT.  Hopefully the remaining two books in the series are of a similar calibre.  Next up though, I’ll be reading The Greatest Show On Earth by Richard Dawkins. 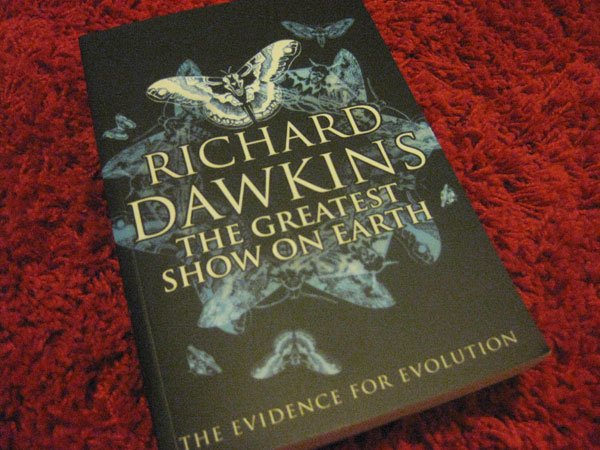 The Greatest Show On Earth by Richard Dawkins

And, no, the book is not about The Wire.