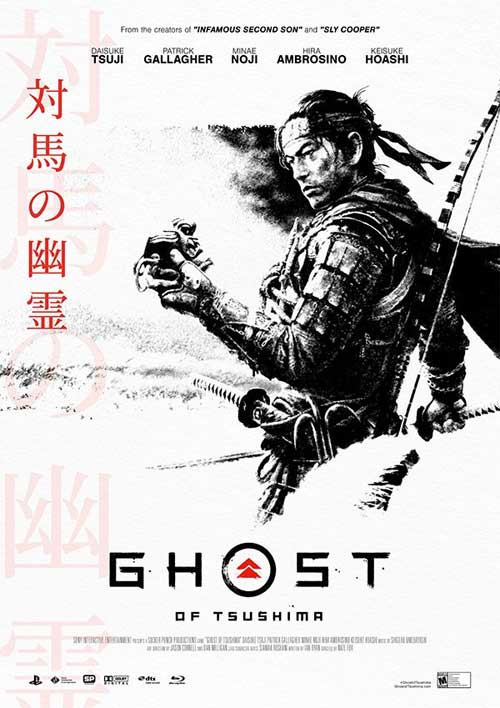 Ghosts of Tsushima is a new video game from developers Sucker Punch Productions and even though it’s not a sequel or part of a franchise, I’ve waited in anticipation for this game for a long time.

Open world action-adventure titles have been a staple of video game consoles for over a decade.  I think ever since that first Assassin’s Creed made it big in 2007, I’ve wanted to see the genre broaden its horizons and tackle locales in Central and South America, the Caribbean, the Middle East and East Asia.  Most of all, I wanted to see someone make a game in feudal Japan.  To have the chance to play as a samurai and experience an interactive Akira Kurosawa fable.  That’s what I wanted.

But the Assassin’s Creed franchise and open world games in general remained disappointingly Euro-centric.  The few samurai games we got in the modern era (Nioh 1 & 2, Sekiro etc) weren’t open world and they didn’t seem to trust that the audience would find the setting interesting enough and added in fantasy creatures and the like.

But here it is in 2020, the game I’ve been after.  Right down to the developer wearing their cinematic influence on their sleeve and including a ‘Kurosawa mode’ in the game. 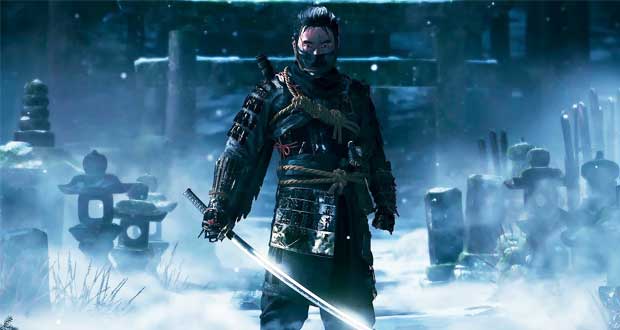 The story centres around Jin Sakai, a young samurai who is the nephew of Lord Shimura, the ruler of Tsushima.  When a Mongol horde, lead by Khotun Khan, attacks Tsushima, Jin’s clan is decimated in the ensuing attack, Lord Shimura is kidnapped and Jin is left for dead.

Jin is nursed back to health but he realises that to defeat Khotun Khan, he must recruit an army of the best warriors in the land, hone his skills and resort to some tactics that may not fit with the honour code he was raised with.

Straight up, the weakest aspect of Ghosts of Tsushima is its writing.  I desperately wanted this game to be great and to feel like my favourite samurai films but it didn’t take long for those hopes to be dashed.  It’s not terrible by any means, but forget the highfalutin implications of having a “Kurosawa mode”.  This is very much traditional video game fare.  The writing exists largely in service of delivering plain-spoken exposition to move the player onto the next location.  Even though the game teases that Jin will have some sort of interesting moral dilemma about abandoning his samurai code to defeat Khotun, it never really eventuates.  None of the cinematography or narrative structure strives to be “Kurosawa” either.  Honestly, I think it was just a fancy way to say this game has a black and white mode and is set in Japan.

That said, once the game opens up and gets going, it quickly becomes apparent that Ghosts of Tsushima is a finely tuned and thoroughly enjoyable open world adventure game.  Most importantly, I think it absolutely delivers on the power fantasy of being a soft spoken samurai bad-ass who wrecks anyone who gets in his way.  Like a lot of games of its ilk (Horizon, God of War etc), the game has light RPG mechanics where you trade experience points for new attacks and abilities.  It doesn’t take long for you to become a one man wrecking crew, slashing fools in half with your blade and taking down a dozen bandits in a single barrage with your katana.  In a big repetitious environment where you travel from town to town, recruiting allies and running off Mongols, the success Sucker Punch have with its combat system is key.

They get just about everything else right too.

The gameplay mechanics, although largely derivative of many games before it, are smartly put together in this package.  There are multiple fighting styles to discover, weapons to craft, outfits to unlock, hidden locations to discover, side quests and characters to explore and a non-intrusive minimalist UI that communicates all this information to you. 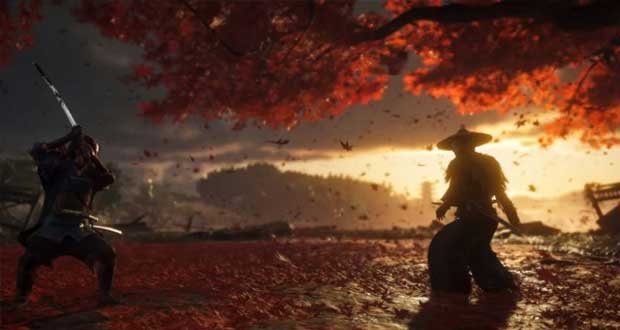 So was it worth the wait?  In short, yes.  Although not everything comes together perfectly, it still ultimately delivers on my long awaited wish to play as a samurai roaming the lands and wasting baddies.

I’m pleased to see Ghosts receive a positive reception from both fans and games journalists alike.  The solid sales and decent word of mouth hopefully serves as encouragement for other publishers to green-light video game projects set in other under-utilized settings.

A samurai warrior left for dead returns to Tsushima to stop an invading Mongol horde.

Summary : Sucker Punch's finest game scratches the itch for anyone seeking out a big budget samurai action-adventure experience. It's a shame the story isn't more engaging but just about everything else comes together nicely.