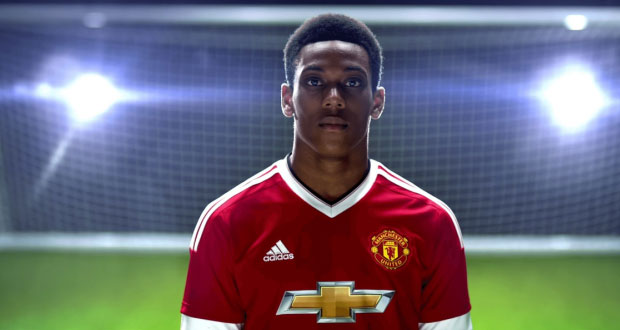 Meet Alex Hunter, a 17 year old football prodigy.  The grandson of the legendary striker Jim Hunter, who holds the records for scoring the most goals in a single season, Alex is determined to live up to his footballing pedigree and make it as a star player in the English Premiere League.  After scoring the decisive penalty in a trial game, Alex catches the attention of some talent scouts from a Premiere league club and before he knows it, he is about to embark on his maiden season as a professional footballer.

The Journey – a single player story-driven mode – is the flagship addition to EA’s annual footballing franchise.  It is the publisher’s first crack at introducing a campaign mode into its long running series.  Players take on the role of Alex Hunter, a young kid from London who works his way through the youth level, reserve grade and finally, top level football for an EPL club of the player’s choosing.  Along the way, Hunter will have to contend with veterans who are protective of their spot, a young rival who comes up through the ranks at the same time, as well as the glitz and glamour that comes along with being a world class footballer in the most watched league in the world.  Not only does the player have to meet the manager’s requirements each round to keep their spot in the side, they also need to watch what they say in post match interviews which can affect their popularity with the squad, the coach and most important of all (not really), their follow rate on their Twitter account.

You know what?  This new mode could easily have been pretty terrible but in all honesty, its actually not too bad.  The story relies on some pretty hoary old sports movie tropes but it’s executed with a certain level of pinache.  I had to laugh at the football agent character who is ultimately portrayed in sympathetic light as a true blue fan who only wants whats best for the player (I’m guessing FIFA wouldn’t really settle for anything less).  He’s a bit of a silly character but the rest of the cast – Alex, his mum, his grandfather and his rival Gareth Walker – are all totally serviceable characters for what EA are going for. 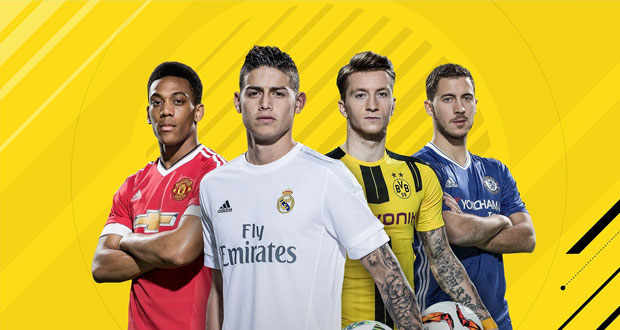 The positive reception that The Journey has received has me thinking that it’s a mode that will become a regular feature in the series.  Which makes me wonder how many different ways EA will be able to tell the same story.  Will they really just trot out the same underdog story each year?  I think perhaps a different path they could go down is following a season in the life of a famous real life footballer.  I imagine a story mode centered around Cristiano Ronaldo or Leo Messi could actually help move a few extra units.  I guess we shall see what EA come up with in due course.

As for the core gameplay, EA’s FIFA overtook Konami’s Pro Evolution Soccer somewhere around FIFA 10 and it hasn’t looked back.  There are minor changes year on year which, as a casual fan, I can barely notice.  Most importantly, it remains an accessible, entertaining multiplayer experience with just the right balance of luck and skill that makes it the game of choice for the vast, vast majority of football fans around the world.  The licensing has never been as broad and expansive.  Not only are all major leagues in the world represented, the international women’s teams which were introduced last year have been kept on and a selection of managers have also been modelled and appear on the sidelines.

As an A-League fan, it’s a pleasure to not only see the Australian domestic league represented, but to also have the squads updating week to week to reflect the changes to the actual teams is pretty cool stuff.  Commentators also make mention of the teams actual form in the regular season.  It’s really quite remarkable what EA have grown this game into.

Of course, in many ways, it leaves me wanting more.  I still think the series hasn’t come close to capturing the atmosphere and energy that some of the best fans around the world can produce.  I’d like to see way more licensed stadiums in the game too.  What I would give for the Brisbane Roar to actually play at Suncorp Stadium instead of a generic rectangular stadium with a phony name.

Still, FIFA remains a formidable and valuable package.  The fundamentals of the series remain incredibly robust, from the range of options in single player (The Journey story mode, the season-mode as a manager, the season mode as a custom made player etc) to the excellent net code for online play against friends and strangers.  The incredible depth of clubs and countries represented is just the cherry on top.

Over two decades old, FIFA is a pretty well known quantity for video game enthusiasts but the introduction of female players and a story mode in the last two years suggests that EA are far from resting on their laurels.  It remains one of the most polished and popular sports franchises in the video game industry and deservedly so.

Summary : EA's biggest juggernaught continues to roll along without peer. The addition of a story mode is a welcome addition though and for a first time effort, it's not bad at all.