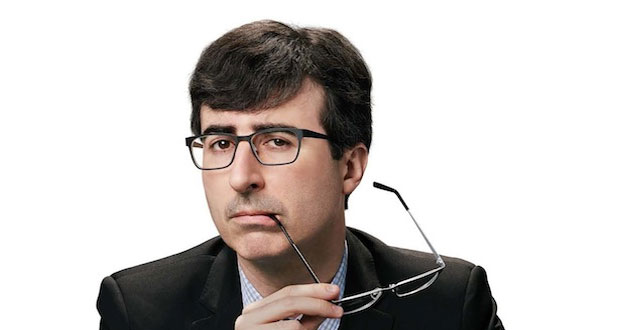 It’s been a big twelve months in the career of John Oliver.  The Daily Show regular was a welcome and successful stand-in for host Jon Stewart when he went on sabbatical to shoot a documentary in Iran.  For the two months that he had hosting duties, Oliver handled the role with aplomb.  Ratings stayed steady and the critics were satisfied that he had the presence and the popularity to anchor his own show.  It didn’t take long for that opportunity to come knocking.  HBO signed up John Oliver to host a half hour current events comedy show called Last Week Tonight.  Last week was their pilot episode.

So how was it?

Although its still finding its own feet, the show is more or less a weekly version of The Daily Show format with a couple of caveats.  Being on HBO allows for Oliver to swear uncensored.  While this doesn’t really sound like a big deal, I find that Oliver is actually one of those comedians who can really make me laugh with his creatively worded cussing so being able to drop in a few ‘fucks’ and ‘bullshits’ will go a long way.

The show also isn’t constrained by ad breaks and interviews with celebrities shilling their latest film which gives Oliver the luxury of more time to go into more detail with each segment that he does.  Its interesting to see material such as consumer affairs and international elections pop up in the pilot which certainly isn’t typical Daily Show fare. 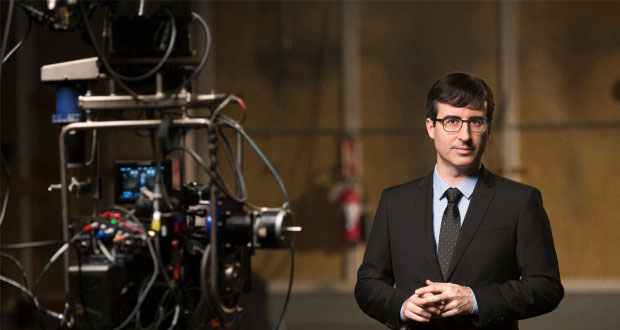 Ratings not withstanding, I think Oliver should be primed for success with Last Week Tonight if the pilot is anything to be judged by.  I find Oliver to be consistently funny and engaging on his weekly podcast The Bugle and I can’t see why he shouldn’t be able to translate the best aspects of The Bugle and his routine from The Daily Show into Last Week Tonight.

What will be interesting to see as the show evolves is which elements stick and which fall by the wayside.  The first episode had an unexpected musical cameo in the form of Lisa Loeb and an interview with an ex-NSA director that could have been lifted almost directly from The Daily Show.  Although ‘More Daily Show’ is still a probable path to success for the show’s longevity, I’m hopeful that Last Week Tonight becomes something more than that.