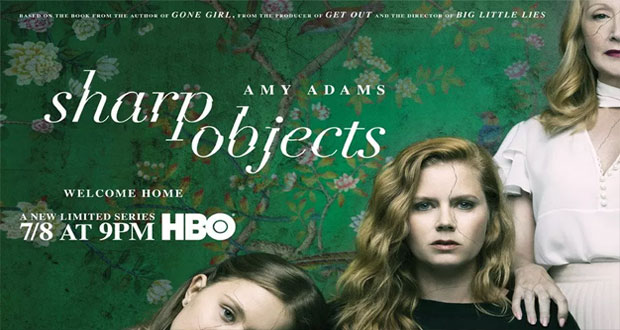 Gillian Flynn can spin one hell of a yarn.  I still remember reading Gone Girl for the first time and the impression the book made on me with its many twists and turns.  It was Amy’s Cool Girl speech in particular that will stay with me.  Flynn clearly has a knack for writing interesting characters and unpredictable mysteries so I’ll always make time to tune in whenever her works receive a cinematic or televised adaptation.

Sharp Objects is based on Flynn’s debut novel about a journalist Camille Peaker (Amy Adams) who returns to her hometown of Wind Gap to write about a homicide case.  Camille has had a brittle relationship with her mother Adora (Patricia Clarkson), ever since her sister Marian died when they were little.  Adora is not just a power matriarch in the household, her enourmous wealth and ownership of multiple businesses make her a commanding presence in the entire town.  Camille’s much younger half-sister Amma (Eliza Scanlen) still lives at home where she leads a duel life – one as an angelic, well behaved kid at home, and the other as an outgoing Mean Girl in town. 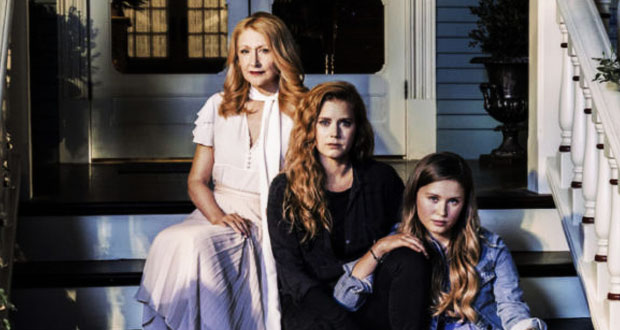 Sharp Objects is a stand alone mini series of eight episodes with just a single season planned.  It is largely faithful to the books.  The first two episodes do a good job of establishing the murder mystery, providing the audience with a catalogue of strange and suspicious citizens in Wind Gap, any of whom feel like they could be the culprits.  These episodes also go a long way towards establishing Camille’s fractured relationship with her family.

From there the series went in a direction I didn’t quite expect or anticipate.  Much of the focus is on Camille’s descent into alcoholism and emotional oblivion as she reopens old wounds in her relationship with her mother.  She drinks hard, makes some incredibly poor choices and…well, the mystery is kind of left to sit until the penultimate episode before it gets going again.

Overall, I came away from Sharp Objects looking at the show favourably.  It is a terrific showcase for the talents of the three leads – Adams, Clarkson and Scanlen.  I think it does have a rather ponderous middle act and the show could have functioned fine with, say, six episodes.  Having said that, once the mystery picks up again, it does lead to a satisfying conclusion with an incredible sting in the tail as the final credits roll.  By far the main reason to check out Sharp Objects is Adams in her role as Camille.  Her character has some incredibly dark traits and Adams is absorbing and disturbingly convincing in her performance. 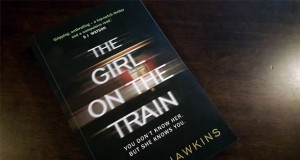