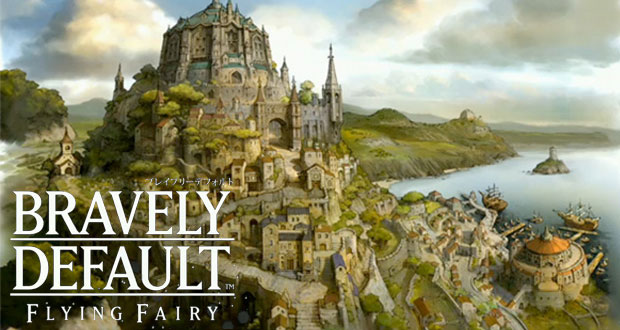 When Square Enix released the long awaited and ultimately much maligned Final Fantasy XIII on the last generation of consoles, the game was many things but a traditional JRPG it was not.  Turn-based combat, world maps, airships and job classes were all JRPG tropes that were either completely absent or tucked away until late in the game.  To the despair of many JRPG purists, Square Enix would go on to revisit Final Fantasy XIII not once but twice.  It would be the only mainline Final Fantasy released for the Playstation 3 and Xbox 360.

It was no surprise then that when Square Enix published Bravely Default: Flying Fairy for the Japanese 3DS market, fans clamored for a Western release.  The game had its origins as a Final Fantasy spin off before it was eventually converted into its own original title.  Everything from the game’s chibi art style, gorgeous fantasy landscapes and Final Fantasy V inspired job system made it the sort of game craved by fans who missed the old ‘Squaresoft’ days.  Happily, Nintendo indulged the Western audiences clamoring for a localization and brought Bravely Default to the West. 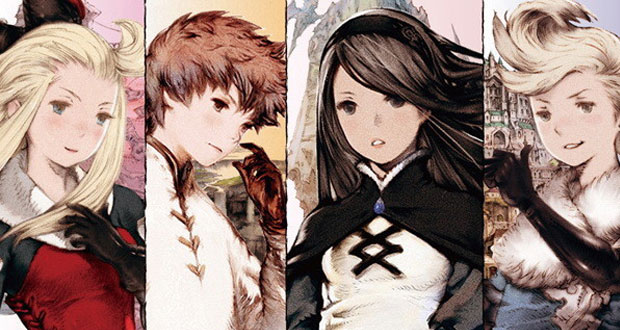 In Bravely Default, four warriors – Agnes, Tiz, Edea and Ringabel – unite to save the planet from a great and mysterious evil.  Agnes is a prim and proper mage from a religious order that seeks to awaken four magic crystals to restore peace to the kingdom.  Tiz is a farmhand whose village gets swallowed up by a great chasm.  Edea comes from a prestigious military family but she breaks ranks when she is horrified at the destructive acts of her father’s army.  Ringabel is a sassy letch with a mysterious past who lusts insatiably after anyone in a skirt.  They are kept company by the fairy Airy who mostly delivers huge passages of exposition to the player to provide context to all the proceedings.  The storyline is very standard JRPG fare.

What I did find appealing and likable about Bravely Default is the charming and theatrical banter between the four warriors.  They all have very distinct and dynamic personalities, a welcome respite after Final Fantasy XIII which had a dreary mix of the bland and the insufferable.  There is a great dynamic between the snooty Agnes and the mischievous Ringabel who delights in getting a rise out of her.  Edea is also a hilarious valley girl with a heart of gold personality and all three are welcome foils to the do-gooder Tiz who is the safe and well mannered pick of the bunch.

The game derives its name from its combat system.  Bravely Default is ostensibly a turn based RPG where you can opt for your character to defend, or ‘Default’, for a turn and stack up multiple attacks.  You can then choose to use ‘Brave’, the option of unleashing multiple attacks in a single round.  You can even use ‘Brave’ and enter into a deficit for stored turns but this of course leaves you exposed to being attacked without the option of defending.

This is a unique RPG combat mechanic that I’ve not come across before and ultimately it works well enough to provide depth and complexity to a game that spans over 40 hours of play.  Better still, the ability to pile on Brave attacks from the get go means that the game makes short work of grinding portions of the game as once you reach a certain level, you can wipe out generic baddies quickly with impunity. 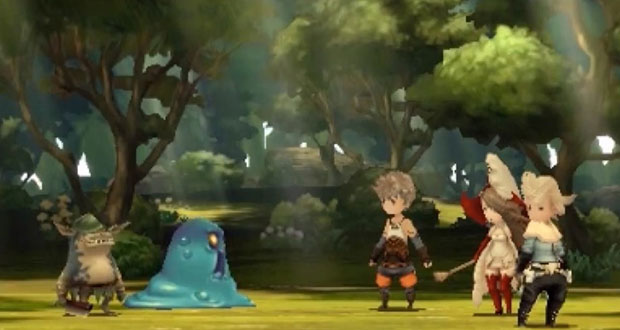 In fact, for a game that is rooted in such traditional game design, there are some key features to this Western release not seen in the original that really help modernize the game in ways that I really appreciated.  The game offers scaling difficulty which can be adjust at any time.  It’s possible to change the frequency of random encounters from nothing to super high.  This means that when you want to explore uninterrupted you can and when you want to really grind your characters and level up that new job class, it takes no time at all.  Finally, the ingame combat comes with its own speedometer that allows you to crank up the proceedings up to x4 times the speed.  All these options reminded me of revisiting old SNES RPGs via PC emulators.  These features serve as a great way to tailor your playing experience in the most time effective fashion possible without ripping away the traditional game mechanics in the process.  I really hope Square Enix retains these sort of options in future RPGs.  To be honest, it’d be hard to go back.

The job class system is expansive, varied and help keep the game fresh also.  There are a heck of a lot of options, twenty three in total, and many will be familiar to Final Fantasy fans.  The depth and fun in the combat system is derived from experimenting with different combinations of jobs to find an effective way to tackle the more difficult enemies and bosses.  Better still, once your characters learn multiple classes they can actually retain the skills from up to two older jobs when assuming a new character class.

Beautiful world maps, campy and theatrical dialogue and world dominating baddies.  This is a game that will be hugely appealing to those partial to old Super Nintendo and Playstation One RPGs and I count myself amongst those fans.  This is a type of game that Square Enix hasn’t made in some time and the Nintendo 3DS is the perfect home to bring back that blend of retro inspired aesthetics that are both purposefully old school but delivered with flair so that it still feels sufficiently fresh and polished.  The 3D effect is put to particularly good use in the towns which all have a pop up diorama design to them.

Bravely Default makes a strong first impression and it almost carries this through to be an unqualified recommendation.  Unfortunately, the game really suffers in the final third where it pushes the player to revisit old areas and enemies to a monotonous and deflating degree.  There is a rich thirty hours of play in this game and whether it was due to budget restrictions or some slavish desire to stretch out the existing content further, its a shame that certain design and narrative choices were made to artificially extend the experience.

Overall though, its not enough to spoil what is still a universally excellent RPG package that offers an experience that we haven’t seen from Square Enix in some time.  Anyone with half an inkling to revisit their youth and gaming ala 1995 shouldn’t hesitate to give Bravely Default a go.

A traditional JRPG for fans who miss the days of Final Fantasy V and VI.

Summary : A wonderful homage to JRPGs of old, this turn based fantasy epic from Square Enix is the perfect tonic for anyone looking to revisit the experience of Final Fantasy games from the Mid-Nineties.