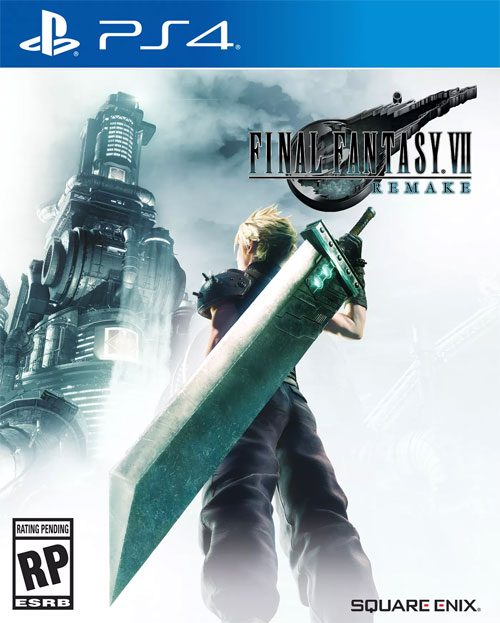 I still can’t believe this game is finally out.

Of course, its not quite as simple as that.  Prior to the game’s release, Square dropped the news that Final Fantasy VII Remake would only cover Midgar City – a tiny fraction of the original story.  Remember when Peter Jackson made The Hobbit: The Battle of the Five Armies and converted two pages out of a childrens book into a three hour long film?  This is the video game equivalent.  Square has taken a 23 year old RPG and stretched the first township into a 30+ hour modern action adventure game.

It’s an insane project.  Square themselves can’t even say how many parts the overall product will be.  Or how long it will take to make. 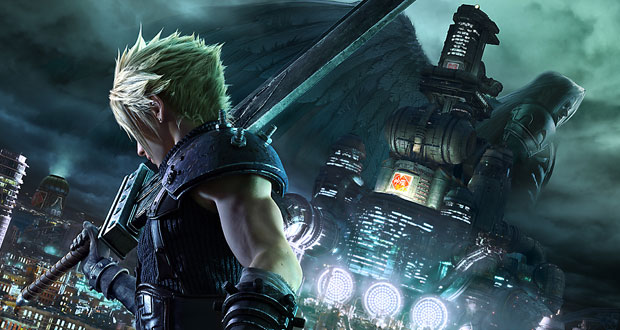 So what is there to say about this first chapter?  Initial impressions are very positive.  It’s hard not to talk about anything over than the graphics first and foremost.  They look absolutely stunning and anyone with even the faintest bit of nostalgia for the original Playstation One version of Final Fantasy VII will be delighted when the game recreates that memorable intro cutscene on the train line as the Avalanche freedom fighters storm the Shinra corporation to blow up one of their reactors.  The art design, the soundtrack and the stunning fidelity of the visuals make for a jaw-dropping spectacle.  We get that same terrific camera swoop over the bustling Midgar metropolis, only this time the detail is increased a hundred-fold.

Everything about this opening sequence hit the right notes for me.  Almost instantly, the cast of characters stand head and shoulders above their contemporaries in Final Fantasy XIII and XV.  They’re much more interesting and well rounded.  The game has a playful sense of humour that has been largely absent in recent mainline Final Fantasy games and mercifully, the story line is also much more straightforward and easy to follow.  Cloud Strife, the stoic mercenary-for-hire, is reluctantly drawn into the struggle between the Avalanche organisation and its battle with Shinra Corp, an evil corporation that is rapidly killing the planet as it plunders the Earth of mako energy.  There’s a menacing dark villain named Sephiroth lurking in the shadows and a seemingly innocuous flower girl named Aerith ends up being crucial to the fate of the planet.

The original game released in 1997 and thematically, it’s stunning that its ideas are more relevant today than they were over two decades ago.  Most big budget modern games tend to stay away from politically charged subject matter but in Final Fantasy VII, the heroes are unashamedly eco-terrorists fighting a mega-corporation that is polluting the Earth and ignoring all signs that they are mining natural resources to the point of oblivion.  One of the game’s biggest villains is a billionaire CEO who despises the working class.  During a firefight between the Avalanche freedom fighters and the private security firm that defends Shinra, one of the allies calls the corporation a “bunch of fascist pricks”.  Topically, its the most relevant and interesting that Final Fantasy has ever been. 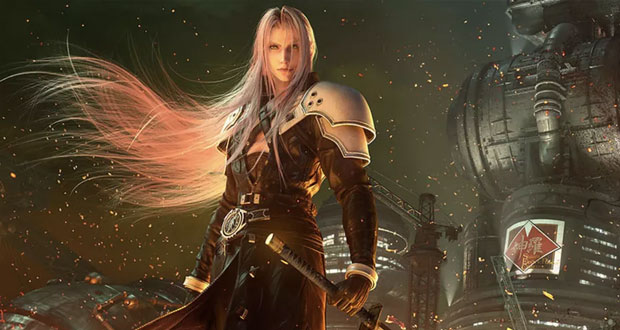 The gameplay in Final Fantasy VII Remake is a substantial overhaul of the original.  The quasi-turn based Active Time Battle system is replaced with a modern real time action RPG combat system that draws inspiration from Final Fantasy XIII and Kingdom Hearts 3.  It’s a little fiddly and complicated at first but over time it becomes second nature.

The story line initially follows the original game quite closely but does an excellent job adding depth and colour to the motivations of the main cast (Aerith in particular benefits from this) and the supporting cast of Avalanche characters – Biggs, Wedge and Jessie – are suddenly given so much more charm and detail that they threaten to steal the show at times.

Fans of Final Fantasy VII will enjoy revisiting key locations from the original game – the church, Don Comeo’s den etc – only to see them rebuilt and redesigned with modern graphical flourishes.  Gradually as the story expands in scope, you’ll also get to see other sections of Midgar (the sewers, the slums etc) that were only hinted at in the original title but are now fleshed out into full blown accessible areas.

The final act of the game goes ‘full anime’ and is bigger, crazier and wilder than anything we saw in the original game.  It finishes on a high note that will leave fans desperate for the next chapter to arrive, whenever that may be.

Final Fantasy VII Remake does have a few noticeable shortcomings.  Although the graphics make a strong first impression, over the course of the game they can be wildly uneven with some NPCs and environmental details looking pretty shabby and rough around the edges.  The pacing is also pretty wonky and feels like a 20 hour game told over 30 hours.  The side quests are blatant padding and mind-numbingly derivative fetch quests of the “kill these rats”/”find three missing cats” variety.  These blemishes occasionally threaten to sour what is still overall an excellent and unexpectedly great remake.

Who knows when I’ll get to write about the next chapter.  Hopefully it won’t be too long.  With some minor improvements, the finished project could turn out to be one for the ages.  Against all odds, Final Fantasy VII Remake is pretty great.

A mercenary-for-hire joins a group of eco warriors to bring down the evil Shinra corporation which is polluting the Earth.

Summary : After such a long development cycle, my hopes were low for this game. I'm happy to be proven wrong. Final Fantasy VII Remake is an uneven but overall thoroughly enjoyable re-imagining of the classic PS1 game.