Its only when looking back and trying to narrow down a shortlist to ten films did I realise that 2009 has been a pretty awesome year at the cinema.  There have been plenty of films that I enjoyed and many more supposedly great ones that I have yet to get around to watching.

So I’ll kick things off with an honourable mention to the following films, all of which are awesome but I’ve chosen to omit from my list.  You can’t go wrong watching The Cove, Watchmen, A Serious Man, Paranormal Activity or The Brothers Bloom.  All of them have their merits.  It just so happens that I watched ten films that I enjoyed more.

On the other end of the spectrum, thanks to word of mouth, messageboards and Roger Ebert, I generally tend to have pretty good luck avoiding shitty films and this year was no exception.  So I’ll just note that Bruno was probably the sole film I watched this year that was irredeemably bad and I would recommend avoiding wholeheartedly.

With that out of the way, here are my picks for the ten best films I saw this year: 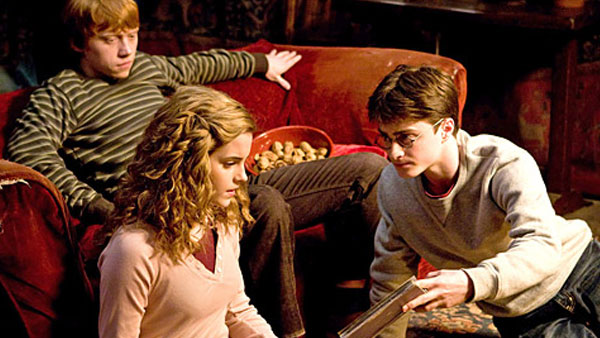 Harry Potter and the Half-Blood Prince

I think this film gets a bit of a stick because it had a pretty shitty interpretation of the book’s climactic scene involving the death of a certain high profile character.  Admittedly, I’m not the biggest fan of how this film wrapped up but the weak ending aside, this is probably my favourite Harry Potter film of the series.  Blending a family-friendly fantasy setting with the tribulations of adolescent relationships could easily have been a recipe for tedium but instead, the film strips away most of the angst from the previous three films and instead revels in humour and awkwardness of the characters and their relationships.  The actors I think have all really found their groove playing Harry, Ron and Hermione and the special effects are now perfected to the point of creating a cogent and consistent world (too bad about the first two films). 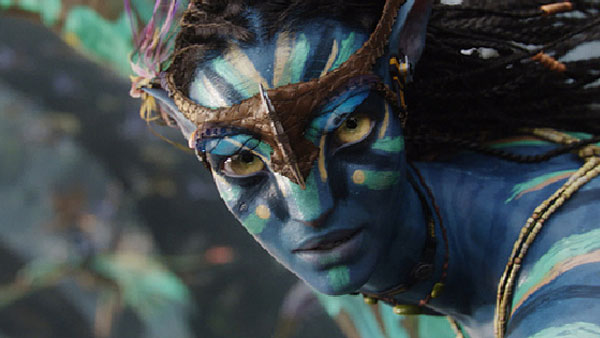 James Cameron’s blockbuster film carried more hype than it should be able to bear.  The Most Expensive Film Ever Made, Successor To The Highest Grossing Film Ever Made and The Best Special Effects Ever should all burden the film to the point of inevitable disappointment.  Not only that, the script is cut from the same block of cheese that made up the dialogue of Titanic.  Despite all the odds however, Avatar is one of the most entertaining films I’ve seen in years.  It really is a bit like Fern Gully In Space or Dances With Smurfs but that doesn’t mean its not a hell of a lot of fun also.  In Cameron’s own words, he paints the characters with ‘a broad brush’ and instead focuses his energy on creating worlds and immersing the audience in them.

For many, the film will be their introduction to 3D cinema.  The film launched right at the turn of the decade and I wonder what things will be like years from now.  Will 3D take off?  Will it get introduced into home entertainment setups?  One thing that you used to be able to count on with the film industry is a standardization in the delivery of the medium.  Its interesting to see that as the technological arms race that exists in the video game industry starts to seep into films, it has begun to split audiences and critics.  BBC film critic Mark Kermode appears to flatly reject 3D technology.  So what happens when potentially half of the big blockbuster films of next year are shown in 3D?  If Kermode rejects all of these films on the principal of the technology they use, will he have to be replaced by someone else who embraces 3D cinema?  What happens if just as 3D cinema starts to become a mainstay, someone attempts holographic film?  The technology driving the delivery of the medium is now suddenly as interesting as the special effects that have been used for decades in plain old 2D films. 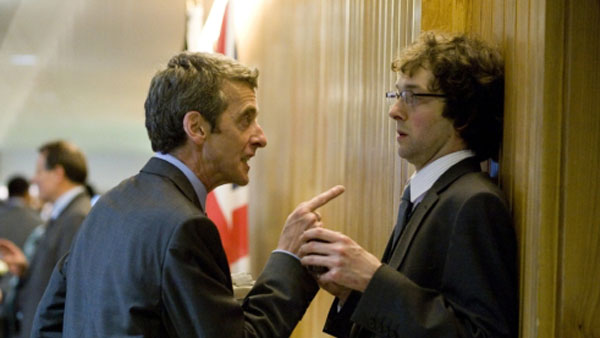 Although I can’t fault the faithfulness of Zack Synder’s adaptation of Watchmen, one of the reasons I felt that film didn’t really work for me was because its politically bleak message missed its mark by about seven years.  It really was a film that probably would’ve resonated better if it was released around the time of the Iraq invasion during the Bush administration, not during the initial period of Barack Obama’s presidency where there was a renewed sense of optimism in the White House.

Instead, I found Armando Iannuci’s In The Loop to be the perfect tonic to compliment the absurdities of global politics in 2009.  In a year where political analysts spend incredible amounts of coverage on Birthers and Death Panels and we saw the rise and rise of Glen Beck talking points dominating the political landscape, a film that sharply skewered insecure politicians and hormonally challenged interns really struck a chord with me.  Its incredibly funny, has a hugely talented and diverse cast of American and British actors and falls in a genre that is rarely attempted and hardly ever done with such a degree of success. 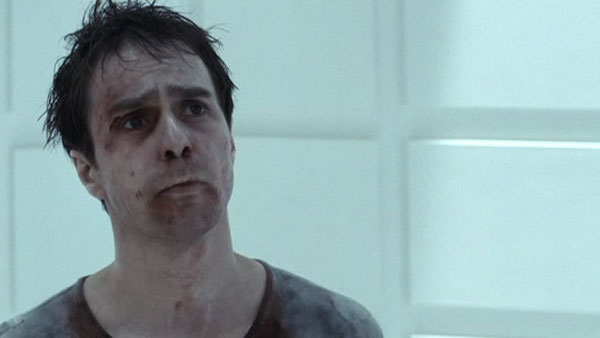 Duncan Jones’ debut film Moon was one of the best surprises of the year.  The aesthetic of the film reminds me a lot of classic Seventies and Eighties sci-fi films where there was a greater sense of physicality and there isn’t the feeling of hollowness you can sometimes get when a production gets overreliant on computer effects.  Sam Rockwell is fantastic as the lonely worker who is about to wrap up three years on the Moon with no one other than a computer drone voiced by Kevin Spacey to keep him company.  Best of all, the film completely veered away from what I predicted the ending to be.  More people need to see this film. 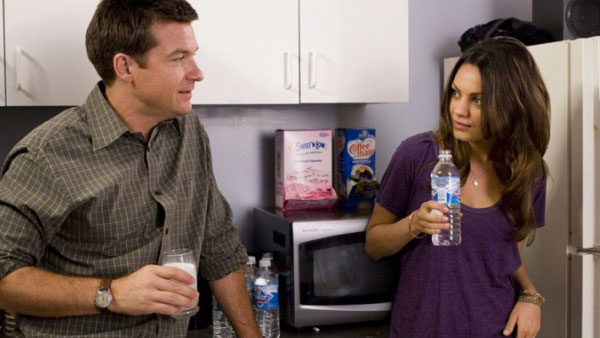 This sort of film is custom made for me.  For some reason, Mike Judge’s works (King of the Hill, Idiocracy) really appeal to me, even if deep down, I know the films are actually rather terrible (Idiocracy, Beavis and Butthead Do America).  I think I just like the general ethos behind his films:  that most people are complete morons.  Judge has a knack for writing good sympathetic characters with funny one liners and even if the whole film doesn’t quite come together at the end, who cares?  Extract is more or less the same as his previous films in this regard.  I love Jason Bateman in pretty much no matter what he does, Mila Kunis is smoking hot and the film consistently managed to get laughs out of me.  Whats not to like? 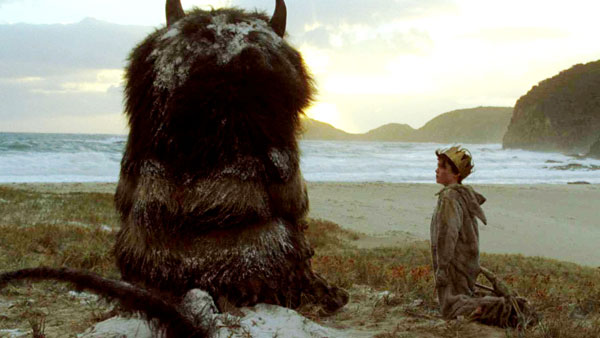 Where The Wild Things Are

This film is pretty goddamn depressing I must say.  The Wild Things that Max comes across in the film all seem to be a bunch of manic-depressives and oversized bi-polar teddy bears.  Yet Where The Wild Things Are does it in that really skillful sort of way that Spike Jonze is capable of, where its still incredibly gratifying to watch and because of the melancholy, the moments where the film allows itself a bit of sweetness are really affecting.  Apparently it took three years to make this wretched beast but its good soul food nonetheless. 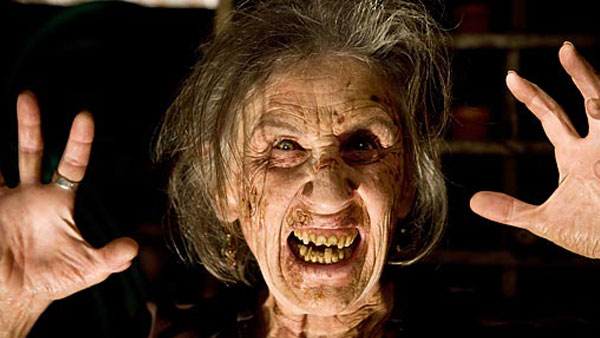 Drag Me To Hell

Who knew that declining a gypsie lady her request for an extension on her mortage repayment could cause so many problems?  This is the best possible thing that Sam Raimi could have done after making the thoroughly underwhelming Spider-man 3.  The film’s horror/comedy blend harkens back to the good old days when life was simple and Raimi was making fantastic films like Evil Dead 2.  In some ways, this film is so entertaining, you wonder whether it would’ve been better if Raimi never got involved with the Spider-man franchise and he’d spent his years pumping schlocky horror films.  No one makes them quite like Raimi and this is one of his best.  This crazy old lady was one of my favourite characters of this year. 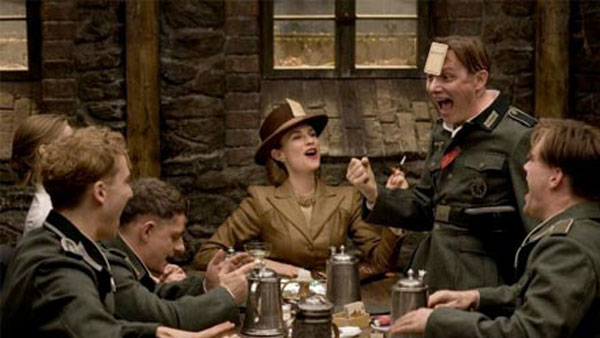 Another director who had an awesome return to form this year was Quentin Tarantino.  Inglourious Basterds raises tensions to levels I’d rarely experienced watching films before.  Although there are only actually a handful of scenes in this film, many of them are expertly crafted mental games of cat and mouse where the audience watches with baited breathe to see whether the Nazis catch out the bluffs of the Jews in hiding and the Allied soldiers who embark on a mission to assasinate Hitler.  The back and forth dialogue is incredibly tighten woven and and there is an amazing ensemble cast acts it out superbly. 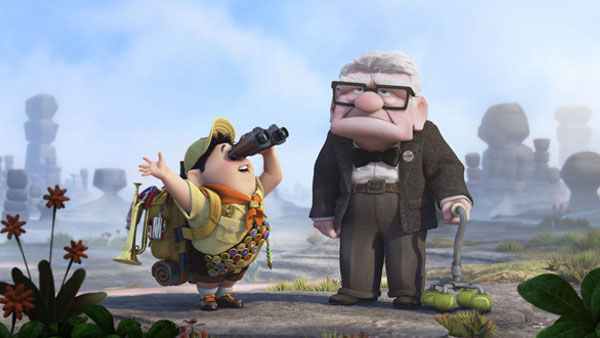 It had me welling up with tears in the first ten minutes.  Pixar work their midas touch again with the story of a grieving old man who embarks on a trip to South America via balloons attached to his house so that he can live out the dreams he planned with his deceased wife.  This film is basically a morality lesson about what is important in life and is anchored by the emotional journey of an octogenarian who is coping with grief and a sense of abandonment.  Somehow Pixar turned that into a children’s film and box office success.  Their track record for quality remains exceptional (even moreso if you pretend Cars doesn’t exist). 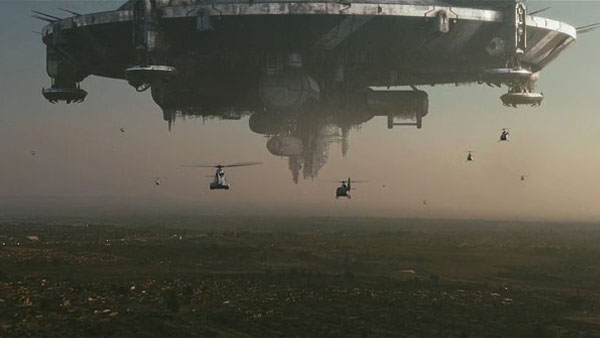 District 9 is my favourite film of the year.  I didn’t know what to expect going in but I do know that I was more entertained by this film than any other in 2009.  Its mockumentary footage introduces us to a unique near future world inhabited by aliens who visit South Africa and then it develops into one of the most exhilerating action films I’ve seen in a long time.  There’s not much more I care to add beyond what I wrote in my review when I saw the film originally.  District 9 just blew me away.

Previous: Rage Against The Machine for Christmas #1
Next: Merry Christmas Everyone