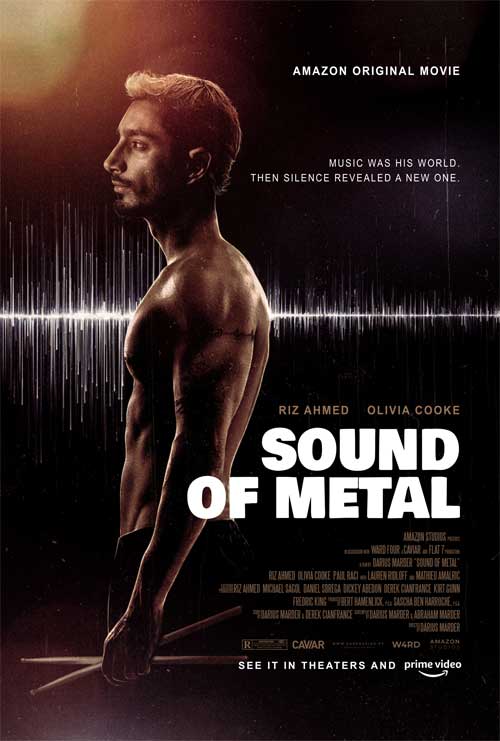 Blackgammon are a two piece metal band.  Lou sings and plays guitar.  Ruben plays drums.  They are small time artists touring in their RV from town to town but its a living.  Until all of a sudden one night at a show, when Ruben begins to lose his hearing.

Annoyed by what he initial believes to be a temporary inconvenience, Ruben visits a pharmacist.  The pharmacist refers him to a doctor who conducts a hearing test and establishes that Ruben can only make out 20-30% of the doctors words and his condition is worsening.  The doctor advises Ruben to stop exposing himself to loud noises and explains that a cochlear implants would set him back to the tune of tens of thousands of dollars.

Being stubborn and not wanting to end his life on the road with his partner, Ruben vows to play on.  But when he experiences another bout of hearing loss during a gig, Lou forces Ruben to take action.  As a recovering drug addict, Ruben’s sponsor Hector is able to put them onto Joe, a Vietnam vet who lost his hearing during the war, who now runs a shelter for hearing impaired people.  Joe’s conditions for accepting Ruben is that he fully cut himself off from the outside world.  No phone, no contact with Lou.  He must fully rebuild his life anew. 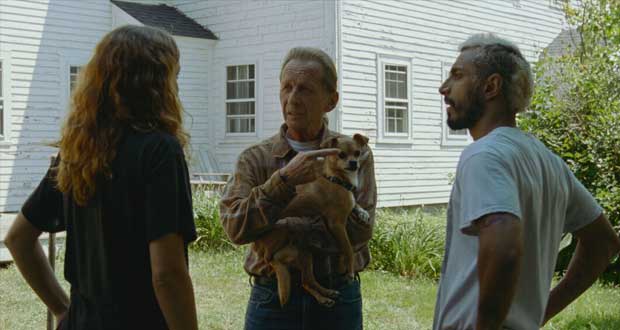 Darius Marder, who both wrote and directed Sound of Metal, does a fantastic job of opening the audiences eyes to the experiences of the deaf community.  There is a matter of fact, plainspoken approach to seeing how Ruben finds his feet and begins to learn to live life without sound.  He stumbles, has setbacks and learning sign language comes slowly but there are simple pleasures too.  He is quick to connect with Diane, his sign language teacher, and he bonds with the kids in the shelter who quickly embrace him as one of their own.

The best kinds of movies, and the ones that stay with us, are movies that have something to teach us or offer us a different perspective.  Sound of Metal is just such as movie.  As we watch Ruben develop and begin to embrace life in his new community, it lingers in the back of our minds that he left behind a world with his partner Lou that is one $70,000 operation away.  When Ruben sells his RV, he is presented with just such an opportunity but when he talks about with Joe, Joe tells him he will be excommunicated from the shelter because their community is founded on the belief that deafness is not a handicap.

I found this to be a profound and revelatory point of view and one I understand accurately reflects the beliefs of real world deaf communities.  At a crossroads, Ruben must make a choice as to whether to have the operation or not.  I won’t spoil what he does.  But long after the credits rolled, I thought about the choice he faced.  I understand completely why Joe’s community holds the views that he does but I wondered what I would do given Ruben’s circumstances.  If you were hearing impaired, but learned sign language and had a supportive community of like-minded deaf peers, would you take the operation if you could?  If it meant erasing your relationship with that community?

To be honest, I’m still not sure what my answer would be.  I go back and forth on it.  But I appreciate that Sound of Metal exists to present that perspective.

Sound of Metal has prominently featured in the current awards season and rightly so, as it is a film with incredible credentials – from the top notch screen writing and directing to the incredible acting from Riz Ahmed who fully embraced the role by learning both sign language and drumming.  His efforts pay off handsomely as there is an instant credibility and authenticity to his performance and even though he has become a well established actor playing a range of roles in Four Lions, Venom, Rogue One: A Star Wars Story and The Night Of – we instantly lose ourselves in his portrayal of Ruben.

Sound of Metal is an eye-opening and thought provoking film about a community I knew very little about.  It’s a passion project made with a small budget but has deservedly found a large audience thanks to its quality.  Highly recommended.

A heavy-metal drummer’s life is thrown into freefall when he begins to lose his hearing.

Summary : A passionately made and thought provoking film about the deaf community. Riz Ahmed delivers an incredible performance in the central role.

Previous: The Father
Next: Judas and the Black Messiah