As I have nothing better to do, I’ll be live-blogging the FA Cup final.

A bit of history:  Staying up late in New Zealand to watch the 1991 FA Cup Final between Spurs and Forrest was what made me become a fan of football in the first place.  Other than the Westham/Liverpool final which was exciting but was still completely terrible, no other final has lived up to that first one for me.

SBS commentators are predicting this game will be very defensive and dull as shit.  Way to boost the ratings and hype the game guys.  Last two encounters have been scoreless draws.  Great.  This will probably be a snoozer.

3 min
Anelka has a go.  Gets nothing. 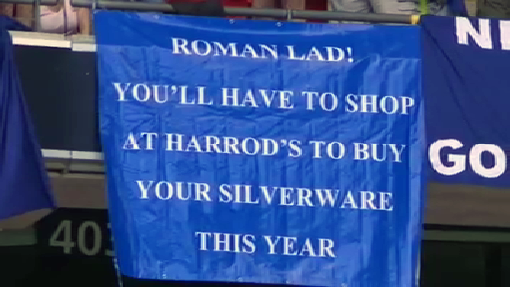 12 min
Essien blazes it over the bar!  Wheeee…

20 min
GOAL.  1-1.  Drogba heads it in from the cross.  He was the only Chelsea player in the box against 5 Everton players.

Commentators seem incredulous at how interesting the game has been so far.

30 min
Weak shot by Malouda.  Chelsea are controlling the game now though.

40 min
Drogba goes down, ref doesn’t care, Everton fluffs the counter attack and then Cashley blasts it over the bar at the other end.  Games opening up but the quality isn’t great.

45 min
Last corner for the first half doesn’t amount to anything. 1-1.

55 min
Chelsea are so going to win this

72 min
GOAL  2-1 to Chelsea.  Lampard slips, recovers and then fires a shot in from outside the box.  Everton look done.

78 min
GOOA-no, really?  That looked like Malouda’s shot crossed the line.  Drogba might be hulking up again.

85 min
I always wonder why some sports announce a man of the match before the end of the game.

95 min
All over.  Chelsea 2-1.  Game was alright but all the best bits were in the first 30 minutes.  Everton only played out there for 60 minutes.