Ori and the Blind Forest 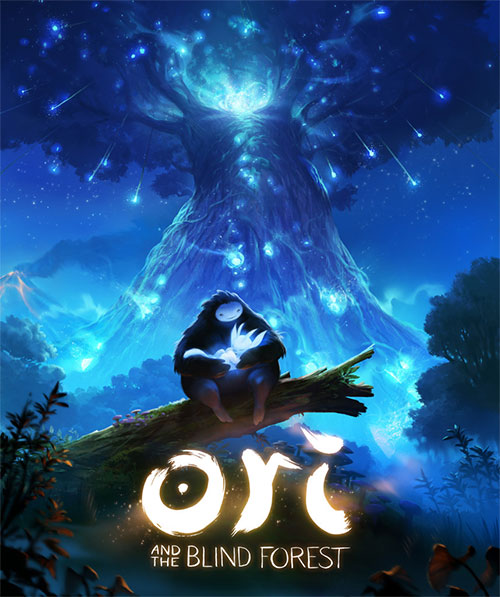 Gorgeous, heart-warming and meticulously crafted, Ori and the Blind Forest is an exquisite debut title from Moon Studios and one of the finest games currently available to play on the Xbox One.

There’s plenty to like about Ori but it’s difficult to start anywhere other than discussing the art style.  As is plain to see, Ori and the Blind Forest is an absolutely stunning game.  A visual feast that draws the player in right from the outset, with a woodland setting that would not look out of place in a Disney feature.  The colours are lush and vibrant, the art design showing influences of Hayao Miyazaki – particularly the spirit creatures from Princess Mononoke.  The current generation of video game consoles are still in their infancy and it’s exciting to think about what the processing power can do for big budget AAA games like Uncharted 4 and Final Fantasy XV.  That said, it’s easy to forget that two dimensional games also stand to benefit from smoother animation and high resolution art assets, as Ori and the Blind Forest so richly does.

Playing through the game, I think one of the things that impressed me the most about the game’s visuals is that the world design looks organic and pleasing to the eye without sacrificing the practicalities of the game’s playability.  Every wall can be leapt off of, every ledge is scalable and information about your health and soul link points are always clearly visible despite the game’s excellent and occasionally busy visuals.

Ori and the Blind Forest has a bitter-sweet and surprisingly affecting story that draws upon themes of parenthood, loss and redemption.  It’s told not via the protagonist Ori but through Ori’s guardian Naru.  The narrative has a couple of twists and turns that develop over the course of the game and is one of the few instances I can think of where it feels integral to the experience of the game and not a bolted-on afterthought. 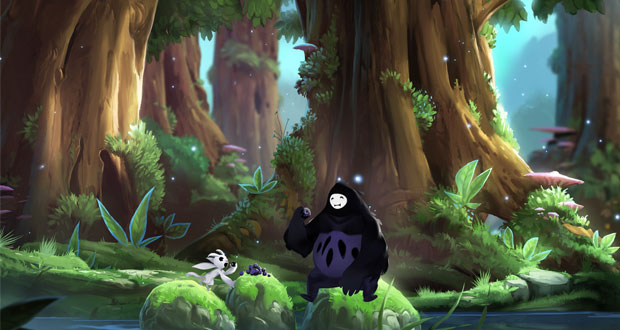 Once the game began in earnest, I was delighted to discover just how brilliantly the play mechanics of the game complimented its outstanding production values.  Ori is inch perfect with its controls.

The game is of the Metroidvania ilk.  You start with the ability to perform a single measely jump and not much else.  Over the course of the game, Ori gains access to more and more of the game world and gradually adds abilities to the player’s arsenal that aid in attacking enemies, navigating the environment and uncovering new treasures.

Metroidvania style games have grown in popularity in recent years but I can think of few others that match the level of finesse with which Moon Studios have constructed Ori.  The game does an excellent job training the player to learn and make use of the various jumping, dashing, climbing and boosting techniques that Ori learns and then once a certain level of competency is reached, it puts the player through the ringer with some fiendishly challenging – yet entirely fair – passages of play that will require every last technique that Ori learns.  Although extremely difficult (the ingame counter clocked me in at over 300 deaths), I derived immense satisfaction from completing some of the game’s later challenges which require the chaining together of wall jumps, triple jumps, dashes, aerial attacks and gliding – all in a single sequence.

Deaths occur frequently in the game.  Some of the platforming demands harken back to the most testing levels of Super Meat Boy.  To that end, Moon Studios have safeguarded the accessibility of the game by making the restart from death virtually instantaneous.  Better still, and as an interesting wrinkle on game design for this genre, Moon Studios have given the player the ability to make their own checkpoints by cashing in ‘Soul Links’ garnered from defeating enemies in the game.  I found this to be an enjoyable and interesting new dimension to the game and in some of the later stages of the game, I had to really think about when to pick my spots and lay down a checkpoint marker when my soul link count began to dwindle.

Ori and the Blind Forest is a game that is greater than the sum of its parts.  There are plenty of familar mechanics that exist within the framework of the game.  There are blocks to be pushed and pulled, there are levers to flick and there are elemental stages involving forests, lakes and volcanoes.  But few games offer the complete package the way that Ori does.  The musical score is stirring and compliments the action beautifully.  The art design is peerless and never less than stunning.  And when you finally survive that lung-busting dash for safety in the game’s closing chapter with the enraged owl Kuro on your tail, it feels supremely satisfying in a way that only the best games can make you feel.  Ori and the Blind Forest is a fine achievement by Moon Studios and currently one of the best exclusives available on the Xbox One.

Ori and the Blind Forest

Summary : Stunning visuals, a sweeping orchestral score and pixel perfect gameplay. Ori and the Blind Forest is the complete package.

Tagged with: Microsoft Moon Studios Ori and the Blind Forest Xbox Xbox One