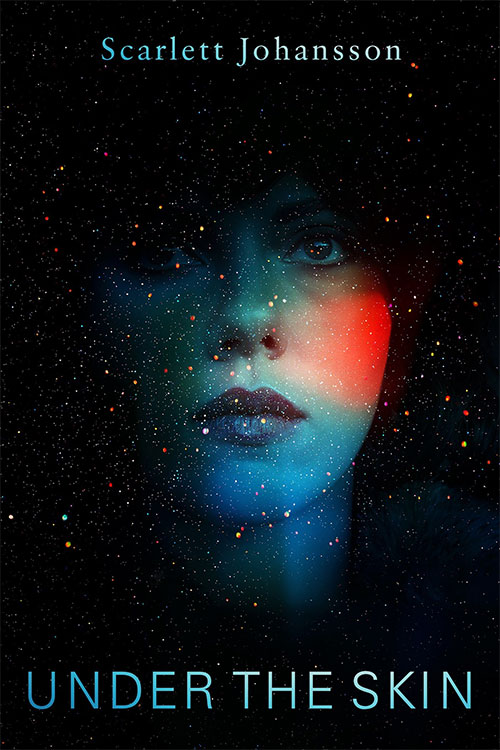 I’m not saying this to be unkind.  Nearly the first hour of Under The Skin is a series of patterns repeating themselves.  Johansson plays Laura, an alien who arrives from another world.  She is aided by a mysterious biker who finds her an unconscious human body to inhabit.  In this new form, Laura drives around Scotland in a van picking up unsuspecting and lonely men.  As a stylistic choice, Glazer opted to have Johansson actually drive around Scotland dressed in a ridiculous wig and fur coat, chatting up men and inviting them into her van.  In other words the footage we see is genuine and unscripted.  Once she wins their trust, she takes them to a house where she devours their souls in a cavernous abyss and leaves behind only their skin.  She does this many times over.  Rinse and repeat.  It’s a little bit sexy because its Scarlett Johansson in a constant state of undress but mostly its creepy and unsettling as hell as Glazer intends it to be.  That churning and grinding score really does a number on you. 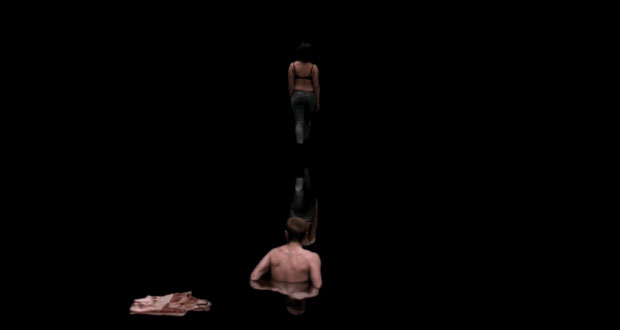 When she first arrives in Scotland, Laura is cold and unfeeling and sees men as fuel for consumption.  To drive this point home there is a horrifying scene at a beach where Laura spots a swimmer who looks like easy prey.  Her plan to lure him away is momentarily halted when the swimmer is distracted by a drowning woman and her dog.  The woman’s husband tries unsuccessfully to swim out and rescue them.  The swimmer goes out to them but is only able to save the husband.  Unmoved, Laura crushes the exhausted swimmers cranium with a rock, leaves the couple’s infant child on the beach to perish and drags the body away for eating.

Under The Skin moves along at a very deliberate pace, repeating itself and settling the audience into an uncomfortable and gruesome pattern.  Once we understand the routine, it then throws a curveball at Laura in the form of Adam Pearson, a young man who suffers from the condition neurofibromatosis which causes lots of large tumours to grow on his face.  Up to now, Laura has been indiscriminant in her entrapment of men and initially she treats Pearson no different.  She is unperturbed by his appearance and puts him at ease with gentle small talk and compliments, remarking what beautiful hands he has.  It’s a challenging and confronting scene to watch as we know Laura’s intentions but also suspect that she is showing more kindness to Pearson than what most strangers would afford him. 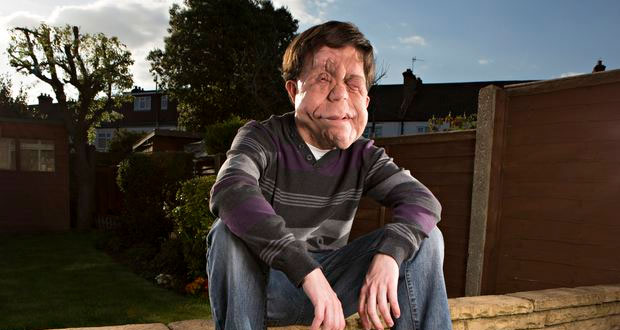 When the time comes to devour Pearson, Laura finds herself developing a conscience and lets him escape.  This goes against the desires of the mysterious biker and suddenly the film is turned on its head as Laura struggles with her new-found feelings of empathy and she shifts from being the hunter to the prey.  She is chased down not just by the intergalactic biker but by mortal men who want to take advantage of her sudden vulnerability.  Laura’s discovery of her own humanity ultimately leads to her downfall and destruction in the film’s final chapter.

What a film.  It’s safe to say that there isn’t really anything else in 2014 that rivals Under The Skin and its dark, disturbing atmosphere.  The film is like some unholy union of Frankenstein, The Man Who Fell To Earth and The Elephant Man.  It is a film that is mechanically rather simple and yet it gives no easy answers and there are plenty of themes and ideas that can be gleamed from its take on sex, gender relations and loneliness.

I’ve enjoyed Johansson in plenty of arthouse fare over the years (Ghost World, Lost In Translation) but I’ve never seen her play on her sexuality in this way.  It is an inspired piece of casting and she is sublime in the role.  Not least because the scenes in which she lures men into her van with effortless small talk is entirely real.  Consider the scenes set in the abyss which are entirely dependent on her ability to captivate not just her prey but the audience too.  These scenes literally have no dialogue and no window dressing so the entire focus of the scene is on Johansson’s body and her movements.  She makes this scene work not once but many times over.

Under The Skin has been in the works for a long time.  It involved three script rewrites and has taken ten years to complete.  Yet the final product gives us no indication that it had such a long and troubled gestation period.  The film is unrelenting in its focus, single minded in its delivery and memorable for all the right reasons.

Summary : Glazer's work has been ten years in the making and the result is a film that is dark, disturbing and brilliant. One of the finest films of 2014.

Tagged with: Scarlett Johansson Under the Skin

Previous: The End of the Dynasty
Next: The Babadook 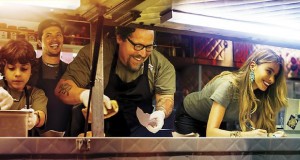