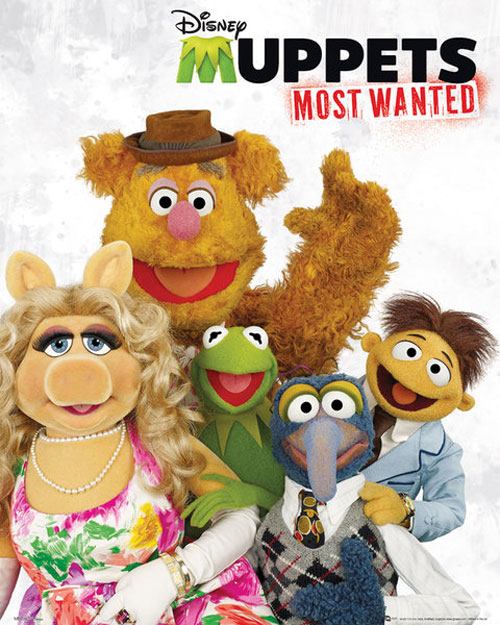 The Muppets franchise was revived three years ago in rather spectacular fashion by Jason Segel who wrote and starred in a cinematic reboot that was simply titled The Muppets and told a self referential tale of how the forgotten Muppet family dusted themselves off and propelled themselves back into pop culture relevance.  The film featured a terrific earnest performance from Segel and was complimented by a superb Oscar-winning soundtrack from Bret McKenzie of The Flight of the Conchords fame.

Maybe its because of the quality and originality of the 2011 film that partly explains why The Muppets Most Wanted, a far less ambitious sequel, received such a frosty reception from critics when it launched at the box office earlier this year.  Most Wanted doesn’t really position itself as a film to rival The Muppets in terms of quality – in fact it opens with a rather cheeky song about how sequels are always inferior -but I found that to be no bad thing.  Most Wanted is a film that wants to tell an anarchic Muppets caper storyline in the vein of The Muppets Take Manhattan and it does that just fine.  Its an entertaining and playfully silly affair thats helped along by the casting of Ricky Gervais, Tina Fey, Ty Burrell and a bunch of WWE wrestlers.  Add in Fozzie Bear and those are the all ingredients you need for a good time. 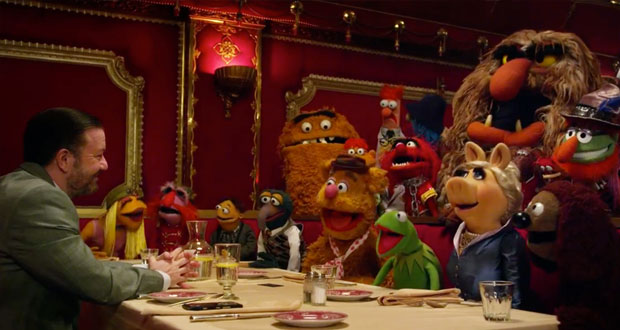 In Most Wanted, the Muppets take on a new manager named Dominic Badguy (played by Ricky Gervais) who organizes a European tour for the gang.  Badguy has an ulterior motive (shocking I know) and is actually in cahoots with Constantine, a deranged doppelgänger of Kermit the Frog who has busted out of a Siberian gulag and has his eye on the Crown Jewels of England.  They pull the ol’ switcheroo on Kermit and whilst our poor amphibian friend languishes in prison, Constantine travels with the Muppets around Europe pulling off heist after heist.

The Muppets Most Wanted is an entertaining serving of ‘more of the same’ for anyone who liked The Muppets Show and wants to see 90 minutes of silliness, song and celebrity cameos.  The producers for this film actually went to some pretty impressive lengths on this front and have managed to source Christoph Waltz doing a waltz, Celine Dion as Miss Piggy’s fairy godmother and Danny Trejo playing Danny Trejo.  There’s at least another dozen famous names that pop up but I won’t spoil the fun.

The supporting cast that are there for the whole film reads like a who’s who of Hollywood’s most affable and likeable comedians.  Tina Fey was wonderful playing the role of a Russian prison warden with a fixation on Kermit.  Ty Burrell never failed to draw a laugh out of me as he drove tiny cars around Europe and rivalled Frank Drebin with his incompetence as a police detective.  And as you’d expect, Ricky Gervais is a great panto villain with his Cheshire Cat smirk and silly banter with the Muppets.

It ain’t Gone With The Wind, but you could do much worse than spend a rainy afternoon watching The Muppets Most Wanted.  Fans of the show won’t be disappointed.

The Muppets get entangled in a jewel heist conspiracy involving a Kermit The Frog doppelganger and the suspiciously named Dominic Badguy.

Summary : The Muppets: Most Wanted is a less ambitious film than the original but its still full of fun and a great B-tier Muppets film.

Previous: How To Train Your Dragon 2
Next: The Hobbit: Battle of the Five Armies

TV Show Round Up: Beavis and Butthead [2011], Life’s Too Short, Homeland