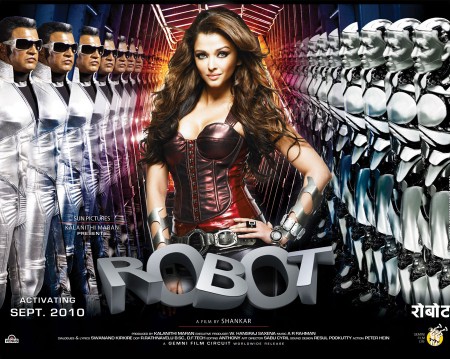 Robot is a Tamil sci-fi film starring the smoking hot Indian actress Aishwariya Rai and some guy I’ve never heard of.  Released in cinemas in October 2010, it is apparently Bollywood’s most expensive film ever made.  From what I can tell, it is also probably the best action film made in Bollywood too. Just look at this clip (which is dubbed in Russian for some reason but thats not important right now).