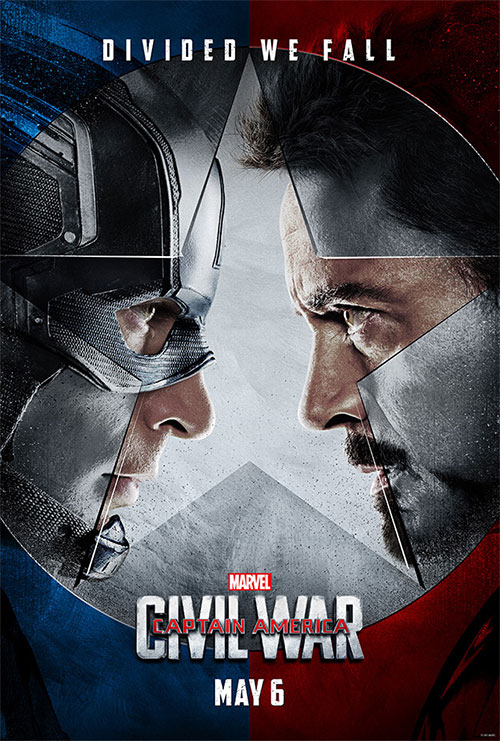 First things first.  Captain America: Civil War isn’t a Captain America movie.  It’s an Avengers movie.  But such is the rigorous scheduling of the Marvel Cinematic Universe (eight films in the next three years I believe) that this particular story happened to coincide with when the Cap’n was due his next film.  Sure Chris Evans has his name on the marquee but he’s sharing the billing with roughly a dozen other heroes in tights.

Secondly, maybe as a quirk of scheduling, but maybe not, the film is coming out mere weeks after DC’s much maligned Batman vs Superman: Dawn of Justice which more or less has the same storyline and themes as Civil War.  They both ask the question – what happens when you hold super heroes accountable to the collateral damage that they cause?

The execution of said storyline offers some insight into DC’s continuing struggles to translate their stable of heroes into successful films and by contrast how Marvel seem to effortlessly pump out hit after hit.

We are introduced once more to the Avengers as they take on a mission in Nigeria where they are attempting to stop the villainous Crossbones from stealing a biological weapon.  Although the heroes successfully recover the stolen goods, Crossbones attempts to blow himself up, only for the Scarlett Witch to deflect the blast.  She accidentally sends the full force of the explosion into a nearby building, killing scores of innocent civilians inside.

The incident becomes a catalyst for the American government and the United Nations to take action.  They wish to make the Avengers answerable to them as a way to ensure accountability for these walking weapons of mass destruction.  In a twist to their respective character arcs up to this point, the fiercely independent Tony Stark (Iron Man) believes that the government is right to pursue this path.  On the flip side, the government super soldier Captain America isn’t so sure that the heroes should be hamstrung by bureaucrats who could have their own agenda.

A line is drawn in the sand and the other Avengers find themselves having to choose a side.  Team Captain America or Team Iron Man. 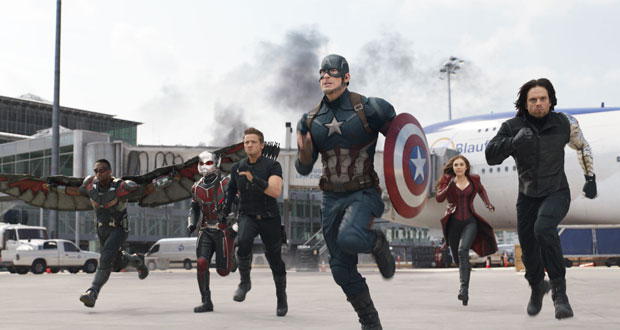 Where Civil War diverges from Batman vs Superman is that it doesn’t really take any of this very seriously at all.  Sure Scarlett Witch killed a bunch of people but the film doesn’t really bother with any scenes where you see her coming to terms with what she has done.  The original comic book series is noteworthy for the death of a long-standing super hero but the film tosses that out the window too.  Instead, the two sides converge at an abandoned airport in Leipzig and they fight.

And what a glorious fight it is!

Civil War gives audiences one of the most entertaining super hero battles that I can ever recall witnessing on the big screen.  Sure the characters are superficially given a motivation to pick a side but I suspect the real reason that the screen writers lumped them in one team or the other is to try and conjure up the most entertaining combinations of super powers to pit against one another.  What if you have two guys in flying suits shooting missiles at a guy who grow to five times his normal size?  What if you threw a guy with wings and an archer against a web slinger who can scamper up walls?

Honestly, the airport showdown doesn’t have particularly high stakes (two heroes momentarily pause to confirm that neither side is seriously trying to hurt the other) but the banter is terrific and stuff blows up real good.  Enough to delight anybody’s inner ten year old.  The debut of Spider-man as a character under the Marvel Studios banner is also a welcome sight.

There’s a moment when one character directly references Star Wars and I was reminded of what an entertainment behemoth Disney has become with all these enourmous pop culture franchises under one roof.  Maybe for one movie they should toss Han Solo and Mickey Mouse into the Avengers.  Just because they can. 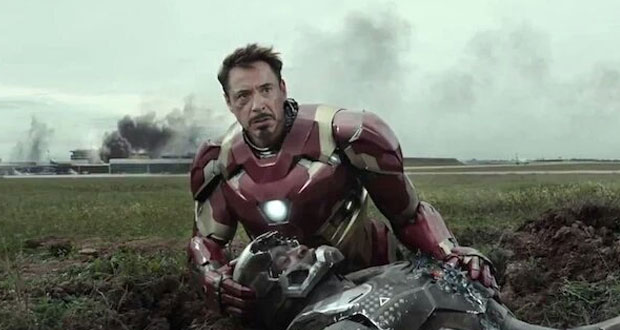 After the airport scene, the film remembers that there’s a villain on the loose (poor Zemo has a thankless task trying to stand out in the pantheon of comic book villains) and re-aligns with the standard super hero formula for the home stretch.  The ending brings about plenty of closure but naturally it also leaves the door open for the next one too.

People loved Captain America: Civil War.  They liked it a lot.  I’ve seen plenty of ‘Best Superhero Movie of All Time’ platitudes being thrown around at this thing.  I don’t know if its that exactly but there’s no denying that the House of M has created a franchise juggernaut the likes of which Hollywood has never seen before and it shows no sign of slowing down.

This is the thirteenth Marvel Cinematic Universe film since 2008 and the third movie under the Captain America banner.  By rights we should be seeing franchise fatigue setting in.  Think of how lousy Spider-man 3, X-men 3: The Last Stand or Superman III were.  But Marvel have miraculously kept this thing going and kept it going strong.  And if anyone thought for a second that bringing together all those actors and screenwriters across multiple films was a cake walk, all they have to do is to load up Youtube and rewatch ‘Sad Ben Affleck’ to be reminded of how badly it has gone for the Other Guys.

Marvel – they keep on rollin’.

Summary : A light hearted and entertaining thrill ride that is tonally completely different to the Winter Soldier. This is pretty much the next Avengers movie, not the next Captain America.