I’ve spent a curious evening. To celebrate my near-completion of a significant amount of the year’s work, I drank myself silly and woke up, hungover, at 3am. I hauled my stone-age computer online as an excuse not to do something worthwhile, like cleaning my place which is a fucking sty at the minute. It being so early I saw people online who I’d frankly almost forgot existed- Jassa and Erin Kelly. I thought that ‘Erin’, on my ICQ list, was Mike’s lovely ladyfriend, but apparently it was that old so-and-so from way back when. I’m reading the sites that never get read, not by me anyhow, it’s interesting if you only visit them once every month or two. John’s had some tiff with Jamie on his site, leading to all sorts of hilarity. But we shan’t go into that, as I feel this site gets quite enough fun and frivolity, we need more tiresome melancholy and that is exactly the service I aim to provide. At least I’m not depressing unintentionally, I would hate to be an accidental bore, there’s something satisfying about taking control of your life and consciously emulating the bitter ironies expressed on my fav. site, Kip, and also on a recent find at Chrome. Find the damn links yourself, but get your ass off this site right now, to hell with hits and all that shite! This site sucks. Looks pretty cool though, but, as I say, altogether too much positive, optimistic nonsense clogging it up. I mean, look at Edo’s posts. He’s always ‘radiant’ like Paul Whitehouse, each post beaming with (gay) pride… even restyles deep depression as ‘mega-sadness’, god its intolerable! No offence, cheer urself up with a spandex party. I never get to go to spandex parties in England, but the Electric Ballroom do a fetish night so that’s something I suppose. I might like to see what Jamie’s response to John’s humiliating put-downs is, but that would involve visiting his site which I don’t have time to do, unless of course they call a snow-day at Hell Elementary. Elementary. Gotta laugh at Americans with their big words, it just seems so out of place with that porcine culture of their’s. Mmm, porc. I always felt pork should be spelt porc, just to flaunt the fact that english has a hard c. The germans, as you well know, have no such thing and have to spell everything with k- like kommunism, kapital city, jakob dylan. Dumbasses. It explains why they’re so miserable, I guess, but I don’t feel sorry for em. Fuck em. I still haven’t forgiven them for the Second World War. Same goes for Japan. Sorry Edo, you’re getting a modest bashing with this post (pardon the rather humourless pun). But I mean, why should I forgive them? It’s a freakish culture indeed that we live in, where it’s perfectly acceptable not to forgive your wife for cheating on you but to hold a grudge over the death, rape and torture of millions upon millions of innocent people, well that’s just plain illiberal. Maybe it’s the jewish element of my personality. Yeah. I don’t pretend to be much of a web-updater-guy, but if I’m gonna have an online personality, he’s gonna be jewish. Something about that innate resignation you see in the faces of all those jewish comedians- Seinfeld, et cetera, not to mention the old legends like Henny Young. Sigh, why do I bother? Someone once asked me that: why do you waste time trying to look smart when it only makes you look out of place with the rest of the people in your life, or, in this case, on my site? Well, it’s not because I love knowledge, I always preferred doritos, malt liquor and noor-delights (northern lights’ dutch nickname), with philosophy coming in fourth place. I guess I was born to be un etranger, one who skirts the periphery of conventional society (that being a rather more romanticised image of me than the egotistical snob you all know and love), and this way I can do it with a little self-respect. There are so many peripheral characters out there (I shan’t name them), and we all find that Sartrian ‘infinite empty distance’ between one another at some point. 10,000 miles? What is that? A plane ride, no more. That’s two movies, three reheated meals, and about a hundred complimentary orange juices. Oh, and a packet of peanuts, but I never eat those. There is a far greater distance between two lovers as they sit and look into each others eyes across a table littered with cigarette ash and now-cold coffee. We can never connect to each other, we can never really understand each other. It’s sad, it’s insurmountable, but that doesn’t mean it isn’t worth trying. Like Sisyphus, we must, each day, roll that boulder to the peak of Hades’ highest mount, and watch as it agonisingly rolls back down for us to labour against once more. But in that moment, we have simultaneously the zenith of our achievements and a clean slate, a paradoxical combination, and this is the part where you stop wondering what the fuck I’m on about, an odd couple of everything… and nothing. Stranger bedmates love never made.

Previous: International School Disco Rules
Next: I’m Going to Have A Baby 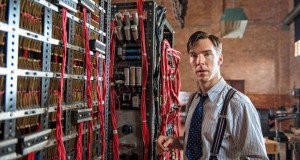