The most popular and most talked about podcast in 2014 by some margin was Sarah Koenig’s Serial – in which the journalist of This American Life fame investigated and ruminated on the murder of high school student Hae Min Lee.

The crime itself did not make headlines back in 1999 but thanks to Koenig’s investigating – which included regular conversations with Adnan Sayed who was convicted and sentenced to life in prison – the case has captured the imagination of arm chair psychologists and amateur sleuths the world over. It’s easy to see why. There are realistically just two suspects in the case. Adnan – who was a popular and well respected high school student and ex-boyfriend of Hae – and Jay, a shifty outsider whose shaky and ever changing testimony was the prosecution’s entire case. Adnan has no alibi for the day of the crime. He has little recollection of a day that he claims was no different to any other.

Jay’s testimony suggests that Adnan carried out the murder in premeditated fashion and in court he delivered an account of the day that suggested Adnan drove Hae to a Best Buy parking lot in broad day light and strangled her to death in a 3 minute window. As Koenig determines in the very first episode of the podcast – “someone is lying here”. As for who is lying – that has been a point of contention for the thousands of listeners who have tuned in to the 12 episode series.

Most people I suspect will change their mind more than once as information about the case is gradually revealed. With Koenig’s masterful narration – both her earnest delivery and the manner in which she chooses to reveal key facts about the crime – its easy to see why Serial became such a pop culture phenomenon. The case involves an assortment of offbeat and quirky characters. The body is discovered by a serial streaker who was once arrested for flashing an officer. The defence attorney Christine Gutieras has a very distinctive turn of phrase that provided fans of the program with endless catch phrases. There’s also a question mark over whether she potentially threw the case. Even Serial’s sponsor – Mailchimp – has a catchy and oft-recited tagline that became part of the show’s appeal.

Perhaps my favourite spin-off to spawn out of Serial’s litany of in-jokes amongst fans is the band ‘Buttdial to Nisha’.

Although Koenig begins the program with the intention of uncovering a conclusive resolution, Serial finishes open ended. With the facts of the case laid bare, no one can say with any certainty what happened on that day. What does seem apparent however is that there is no way Adnan Sayed should have been convicted by a jury of his peers to life in prison as the prosecution hardly established evidence of his guilt beyond reasonable doubt. Koenig interviews two jurors who explain that they delivered a guilty verdict because they didn’t think Jay would fabricate a testimony that would send him to prison (he didn’t) and that Adnan came off as guilty because he did not testify (which the courts explicitly state should not count against the defendant in the deliberation process). Koenig speculates at one stage whether this could be a case of racial profiling playing against Adnan but I think the answer is more mundane. I’m personally of the opinion that the jury didn’t clearly understand what was presented to them as the court proceedings are described as being arduously long and full of legal jargon. 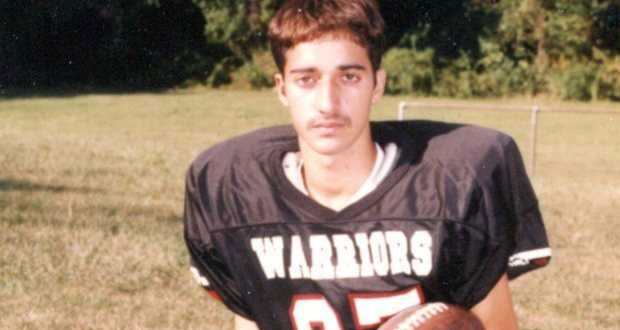 Although the program ended in December, there have been ongoing developments that have kept audiences engaged. There is an active investigation by a legal team trying to determine Adnan’s innocence and in the final episode, Koenig disclosed that he has a final appeal opportunity that is ‘hanging by a thread’. More recently one of the key suspects in the case – Jay – gave an ill advised interview in which he once again changed his account of that day and even shifted his accusation from premeditated murder to a crime of passion. Rabia Shastri, Adnan’s family friend who first brought the case to Koenig’s attention, wrote an article on the Guardian suggesting that there was enough evidence now to convict Jay of perjury. Serial was a thoroughly engaging program that potentially represents a watershed moment for the popularity and pop culture footprint that a podcast can hope to attain.

I found that Serial drove the same type of water-cooler office conversation and speculation that shows like Lost once did. Koenig has already talked about a second season of Serial focused on a new story and has already successfully crowd funded the show. Time will tell whether she can capture lightning in a bottle a second time.